(Reuters) – At least a dozen groups are planning a large-scale, bipartisan public relations campaign to counter any attempt by President Donald Trump to cast doubt on the integrity of the November election or dispute the result should he lose, people involved in the effort told Reuters. 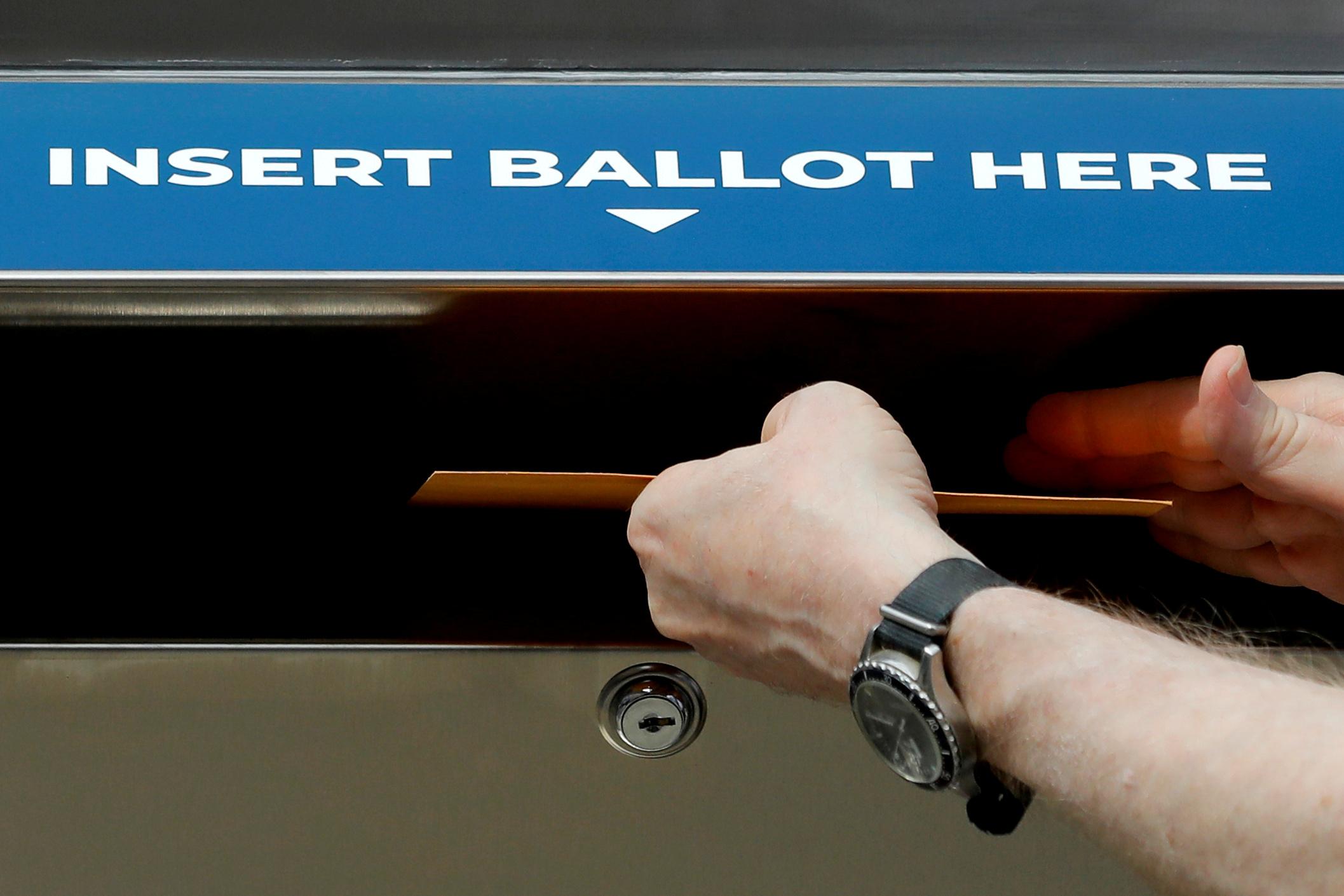 One organization, the National Task Force on Election Crises, is contacting leading politicians from both major parties, military figures, star athletes, faith leaders and business executives, asking them to reassure voters about the integrity of the election result if chaos ensues after the Nov. 3 contest.

While members of the task force insist the effort will be aimed at supporters of both Trump and Democratic candidate Joe Biden, Trump’s questioning of mail-in ballots and the fairness of the election as well as his disparaging of the U.S. Postal Service have been “front and center” in recent internal discussions, one member said.

Separately, a loose coalition of mostly bipartisan civic groups is in early talks about how to encourage voters to be patient while all ballots are counted and to ensure a secure transition of power if Trump loses to Biden.

The groups, which revealed their plans for the first time, said their preparations are driven in part by concerns over how Trump and his supporters will react to a potential defeat. The Republican president, who is trailing in polls, has alleged without evidence that the election is “rigged” and has made unfounded claims that voting by mail is riddled with fraud.

“We have the unprecedented situation of a man who took the oath of office to support the Constitution but is directly challenging the result of the election prior to the outcome,” said Tom Ridge, a former Homeland Security Department secretary under Republican President George W. Bush and now co-chairman of VoteSafe, a group involved in the effort.

Thea McDonald, a Trump campaign spokeswoman, accused the groups of “peddling conspiracy theories” to help Biden, adding: “President Trump and his campaign are fighting for a free, fair, transparent election in which every valid ballot counts – once.”

The election crises task force, a bipartisan organization made up of 50 former cabinet members, politicians and election experts, was formed two years ago to ensure a secure election that maximizes voter confidence by providing advice to election officials and voters on a range of potential problems.

One idea under discussion is to ask former presidents Bush and Democrat Barack Obama to address U.S. voters should the validity of the election result be questioned.

A person familiar with the task force’s work stressed the outreach effort to leading public figures is in its early stages and declined to give names of potential participants.

Task force members include Michael Chertoff, another former secretary of the Department of Homeland Security under Bush, and Jim Baker, former FBI general counsel under Obama and Trump.

The task force also has meetings next month with big tech firms, including Google, Apple, Facebook and Twitter, to provide them advice and learn how the companies plan to deal with election disinformation on their platforms.

One person familiar with the task force’s plans said: “Trump is unconcerned with the public’s confidence in the election and is actively trying to undermine it.”

With an unprecedented number of Americans expected to mail their ballots because of the coronavirus pandemic, there is growing consensus that it could be weeks before ballots are counted and the outcome of the White House contest is known.

A central message of the groups involved in the public relations outreach: A delayed result does not mean a fraudulent one.

Meredith McGehee, executive director of Issue One, a bipartisan group whose broad mission is political reform of the American political system, said her organization is in talks with more than 10 cross-party groups. McGehee said groups will be aiming their message at both Biden and Trump supporters if the election result is contested.

However, McGehee said of Trump, “There is only one candidate questioning the integrity of the election and calling it rigged.”

Other groups in discussions with Issue One include VoteSafe, the League of Women Voters, RepresentUs and Protect Democracy, McGehee said.

Issue One aims to involve some of its 202-member “reformers caucus,” a bipartisan group of former cabinet secretaries, ambassadors and members of Congress, in its messaging to voters.

Ridge, also an Issue One member, said he has been talking with members of the Republican Party about a disputed election, especially if it is Trump who contests the result.

Another group in talks with Issue One is Take Back Our Republic, a non-partisan organization that aims to deliver conservative solutions for political reform.

Its executive director, John Pudner, said there is also concern on the right that Democrats will claim the election was stolen if Trump wins.