A group of career scientists at the Food and Drug Administration vowed that their work would continue unimpeded and independent of political influence. 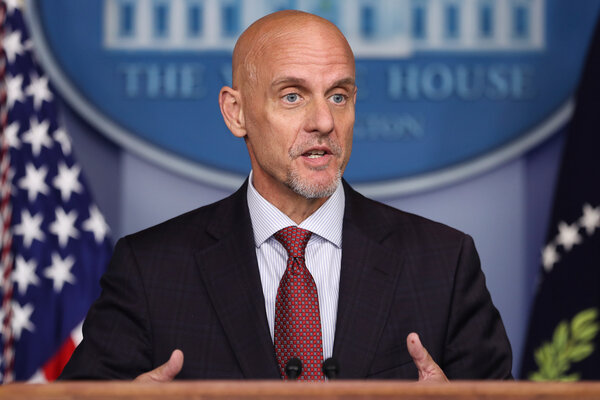 WASHINGTON — As President Trump continues to suggest a coronavirus vaccine could be ready before Election Day, top regulators at the Food and Drug Administration issued an unusual statement on Thursday promising to uphold the scientific integrity of their work and defend the agency’s independence.

In an opinion column published in USA Today, eight directors of the F.D.A.’s regulatory centers and offices warned that “if the agency’s credibility is lost because of real or perceived interference, people will not rely on the agency’s safety warnings.” While they did not mention Mr. Trump or other political leaders, the context appeared clear.

“We absolutely understand that the F.D.A., like other federal executive agencies, operates in a political environment,” they wrote. “That is a reality that we must navigate adeptly while maintaining our independence to ensure the best possible outcomes for public health.”

They added, “We and our career staff do the best by public health when we are the decision makers, arriving at those decisions based on our unbiased evaluation of the scientific evidence.”

The pledge by career scientists in the federal government came amid mounting concerns over the role the White House has played in emergency approvals for coronavirus therapies, including convalescent plasma and the malaria drug hydroxychloroquine, which the agency later revoked.

A day before plasma received emergency approval last month, Mr. Trump accused officials at the F.D.A. of being part of a “deep state” — his moniker for career civil servants he believes betray his agenda — that was deliberately slow-walking therapies and vaccines. Top officials at the agency, including political appointees, have been frustrated in recent weeks by comments Mr. Trump has made about his contact with pharmaceutical companies and his efforts to speed progress on vaccines, giving the impression the White House is playing a regulatory role.

The statement in USA Today was written in large part because of fears over political influence on the F.D.A., including from the White House, according to senior administration officials familiar with the effort.