PRINCETON, N.J. (Reuters) – For Democrats, Tuesday’s New Jersey U.S. Senate election should have been a breeze. 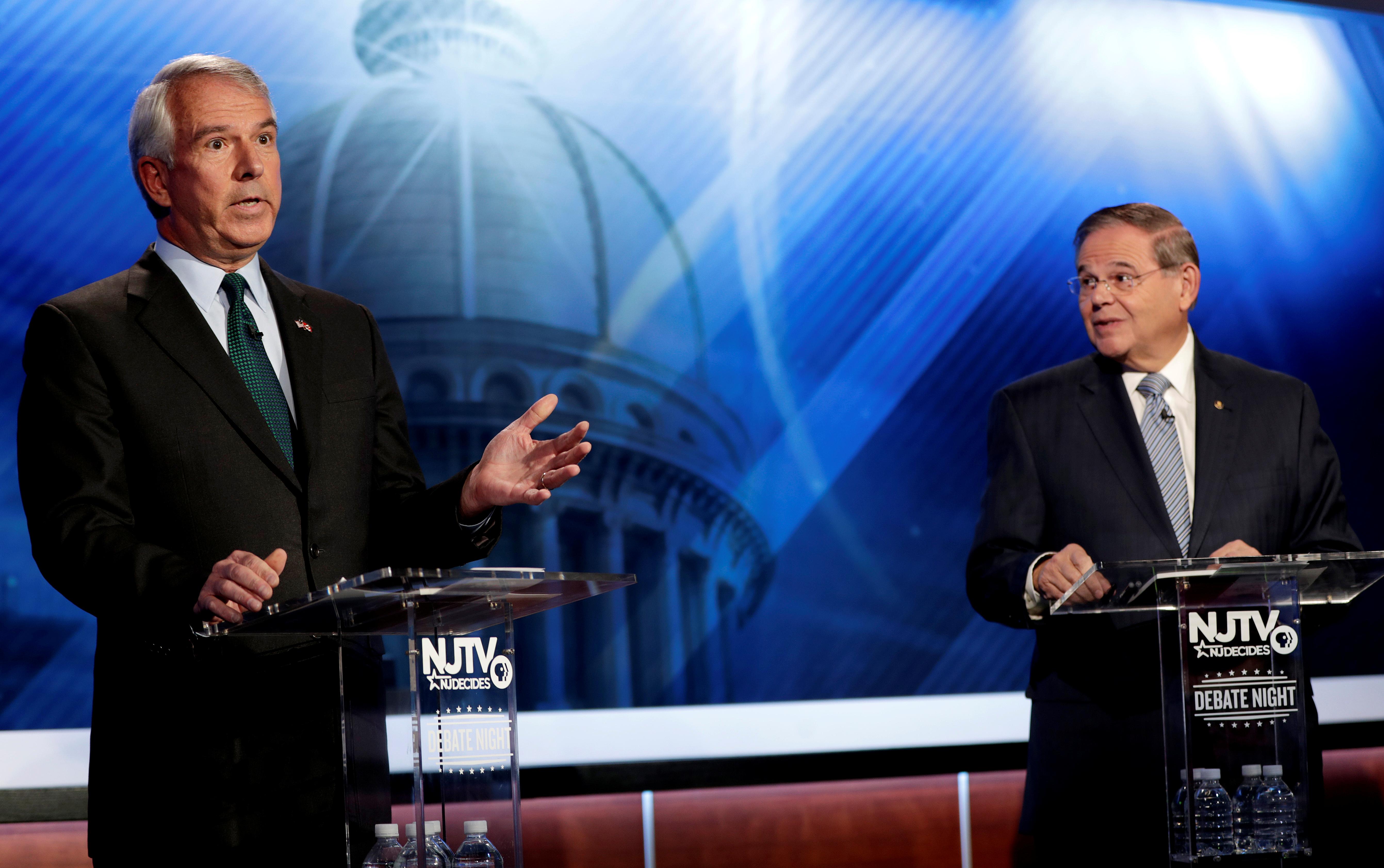 Bob Menendez, 64, has held the seat for more than a decade as a powerful force in Washington, while representing a state that has not sent a Republican to the U.S. Senate in 46 years.

But June’s Democratic nominating contest exposed his potential weakness: a virtually unknown challenger who spent zero dollars in the race got almost 40 percent of the vote.

He is now locked in a tough and expensive race with former pharmaceutical executive Bob Hugin, a Republican who has hammered Menendez as weak on ethics after the long-serving senator’s federal corruption trial last year.

The contest is crucial to the Democrats’ slim hopes of taking control of the Senate, which depend on winning two Republican-held seats while defending 10 Senate seats in states that Trump won in 2016.

A loss in New Jersey, a Democratic bastion in the U.S. Northeast, could be a fatal blow to those hopes.

Democrats remain favorites to win the 23 seats they need to capture the U.S. House of Representatives.

Menendez’s corruption trial ended in November 2017 when the jury could not reach a unanimous verdict.

U.S. prosecutors then dropped the case, but Menendez was censured by a Senate committee for accepting gifts from a wealthy longtime friend in exchange for official favors.

Hugin, a U.S. Marine Corps veteran and the former executive chairman of Celgene Corp, has poured $36 million of his own money into his campaign, airing a barrage of television commercials attacking Menendez.

“If there were any other normal candidate who was not self-funding, I think Menendez would be ahead by 20 points,” said Brigid Harrison, a political science professor at Montclair State University. “Money matters.”

The Cook Political Report, an independent group that analyzes congressional races, moved the race to “toss-up” from “leans Democrat” 10 days ago.

Menendez in recent years has been a high-profile Democratic voice in foreign policy, weighing in on sensitive subjects from nuclear talks with Iran to U.S. relations with Cuba as the senior Democrat on the Senate Foreign Relations Committee.

The Democratic-aligned Senate Majority PAC has spent more than $7.5 million to boost Menendez, including running ads in the waning days of the campaign, a signal the party is concerned about the incumbent’s position.

The state’s biggest newspaper, the Star-Ledger, reluctantly endorsed Menendez in an editorial headlined: “Choke it down, and vote for Menendez.”

“The people of New Jersey recognize that we can and we will do better than Bob Menendez,” said Nick Iacovella, a Hugin campaign spokesman.

Last month, Hugin ran a commercial repeating allegations that Menendez hired underage prostitutes in the Dominican Republic. The FBI investigated those claims years ago and found no evidence to substantiate them.

Menendez, who noted that fact-checkers had decried the ad as false, called Hugin a “slimeball” for running it.

Democrats have sought to portray Hugin as a crucial vote for Trump’s agenda. 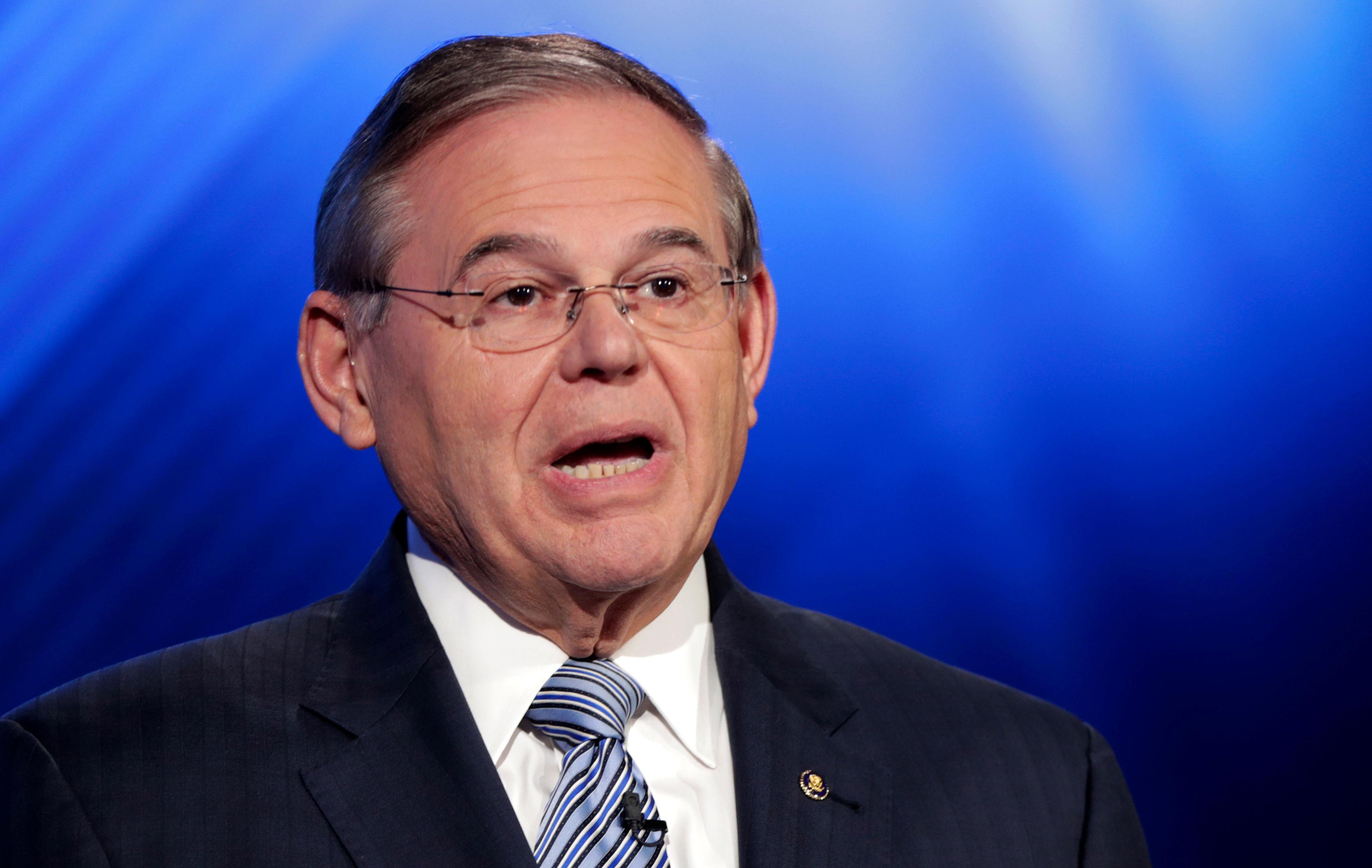 Hugin, who donated money to Trump’s 2016 campaign, has tried to distance himself from the president’s more incendiary rhetoric, disagreeing with Trump’s proposal to end birthright citizenship and calling for “compassionate” immigration reform.