(Reuters) – Democratic U.S. presidential candidate Joe Biden’s search for a running mate for the Nov. 3 election is drawing to a close. 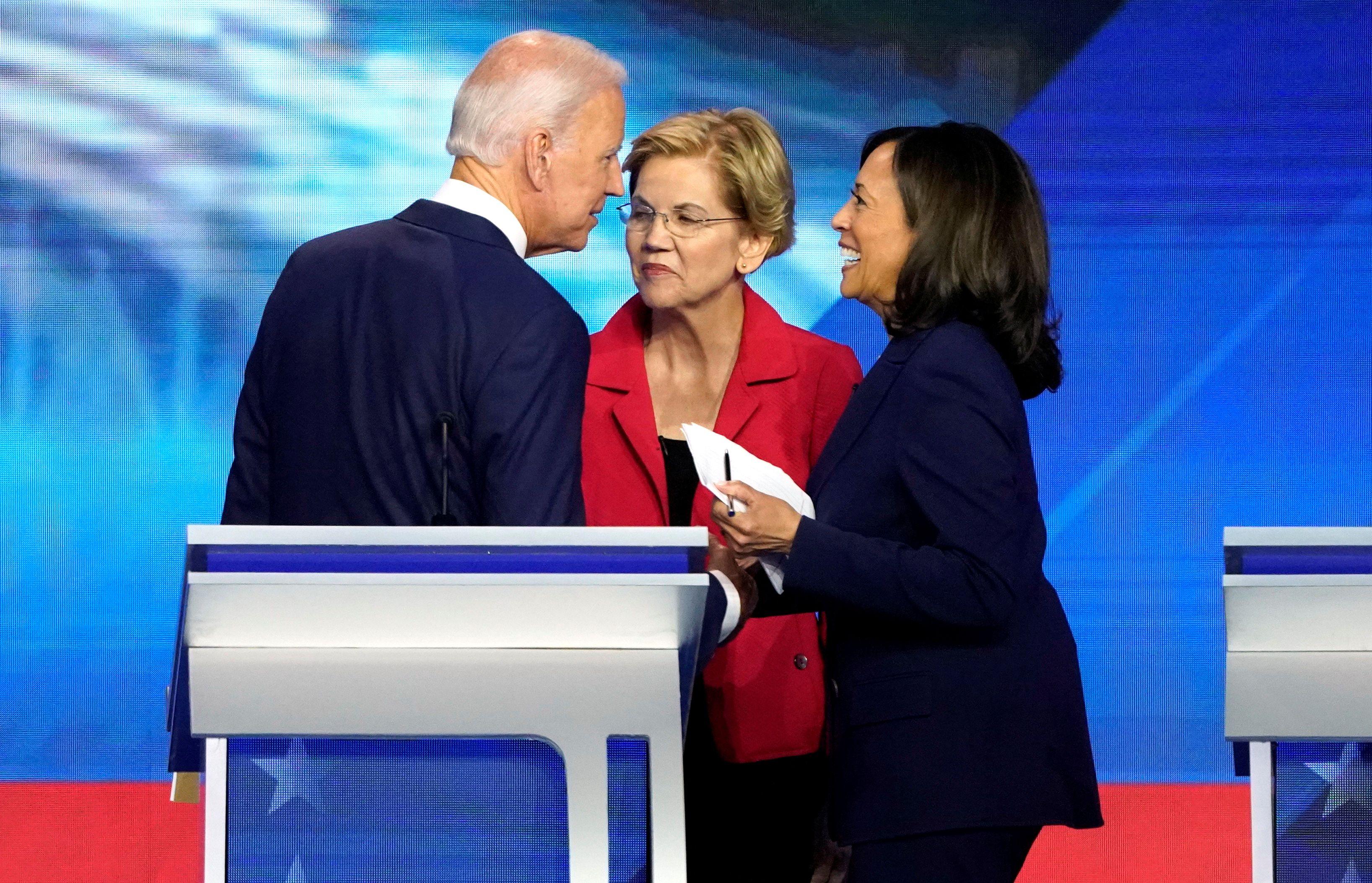 Biden has vowed to choose a woman as his potential vice president. Here are the contenders likely under final consideration, according to people familiar with the process that is expected to wrap up by early August.

Following widespread protests over racial injustice and police brutality, pressure increased on Biden to choose a woman of color. Harris, the daughter of Jamaican and Indian parents, fits the bill.

Harris, 55, is widely viewed as a favorite to run alongside Biden. She is a battle-tested former presidential candidate and ex-prosecutor who has shown an ability to go on the attack – a valued asset for a running mate. A first-term senator from California, she has already been heavily vetted by the media and rival campaigns.

Harris endorsed Biden after dropping out of the race. But her criticism of him during a Democratic primary debate about his opposition to school busing rankled some people close to Biden, who worry about her ambition and loyalty.

Rice, 55, served as President Barack Obama’s national security adviser during his second term, where she worked hand in hand on foreign policy matters with Biden, who was Obama’s vice president.

Prior to that, Rice served as U.S. ambassador to the United Nations under Obama and has advised several other Democratic presidential candidates on national security.

A Black woman, Rice could help drive the African-American vote, the Democratic Party’s most loyal constituency. But she has never run for public office, which means she would be untested on the campaign trail. Her involvement in the controversy over the 2012 attack on the U.S. mission in Benghazi, Libya, could revive that incident as a campaign issue.

Biden has said Demings, 63, an African-American congresswoman from the election battleground state of Florida, is on the shortlist for running mate.

The former Orlando police chief served as one of the managers of the House of Representatives’ impeachment proceedings against Republican President Donald Trump but has a lower profile among voters nationally.

Demings’ background in law enforcement and her relatively unvetted past as police chief could be viewed as risk factors to a Biden campaign that wants to appeal to progressive voters.

A late addition to Biden’s shortlist, Bass, a congresswoman from Southern California and chair of the Congressional Black Caucus, would add a progressive voice to the ticket.

Bass has an extensive background in police reform efforts and has spearheaded the legislative response in the House to the killing of George Floyd by police in May. But at 66, she may not offer the prospect of generational transition that Biden wants to show.

Duckworth, 52, has a compelling personal story and would help bolster the campaign’s national security credentials.

The senator from Illinois is a combat veteran who lost her legs when her helicopter was shot down in Iraq in 2004. She went on to become the first woman with a disability and the first Thai-American elected to Congress. Duckworth, however, has not been on the forefront of civil justice issues like Harris, Bass and others on Biden’s list.

Bottoms, 50, is the first-term mayor of a city that has been riven by protests over Floyd’s death and the shooting of another Black man, Rayshard Brooks, by Atlanta police in June. Atlanta also has been a hot spot in the coronavirus pandemic, putting Bottoms on the front lines of the country’s two largest challenges of the moment.

While Bottoms was an early supporter of Biden, her lack of experience on the federal level may doom her chances. Biden, who would be the oldest U.S. president, has insisted his No. 2 be ready to assume the presidency at any time.

Warren, 71, has spoken with Biden regularly since dropping out of the Democratic nominating race and endorsing him. The senator from Massachusetts is seen by Biden advisers as a bridge between the former vice president and people skeptical of his commitment to progressive policy priorities.

The selection of Warren, however, could fuel allegations by the Trump campaign that Biden favors an overly leftist agenda, while potentially alienating moderate voters in battleground states that Biden is cultivating. 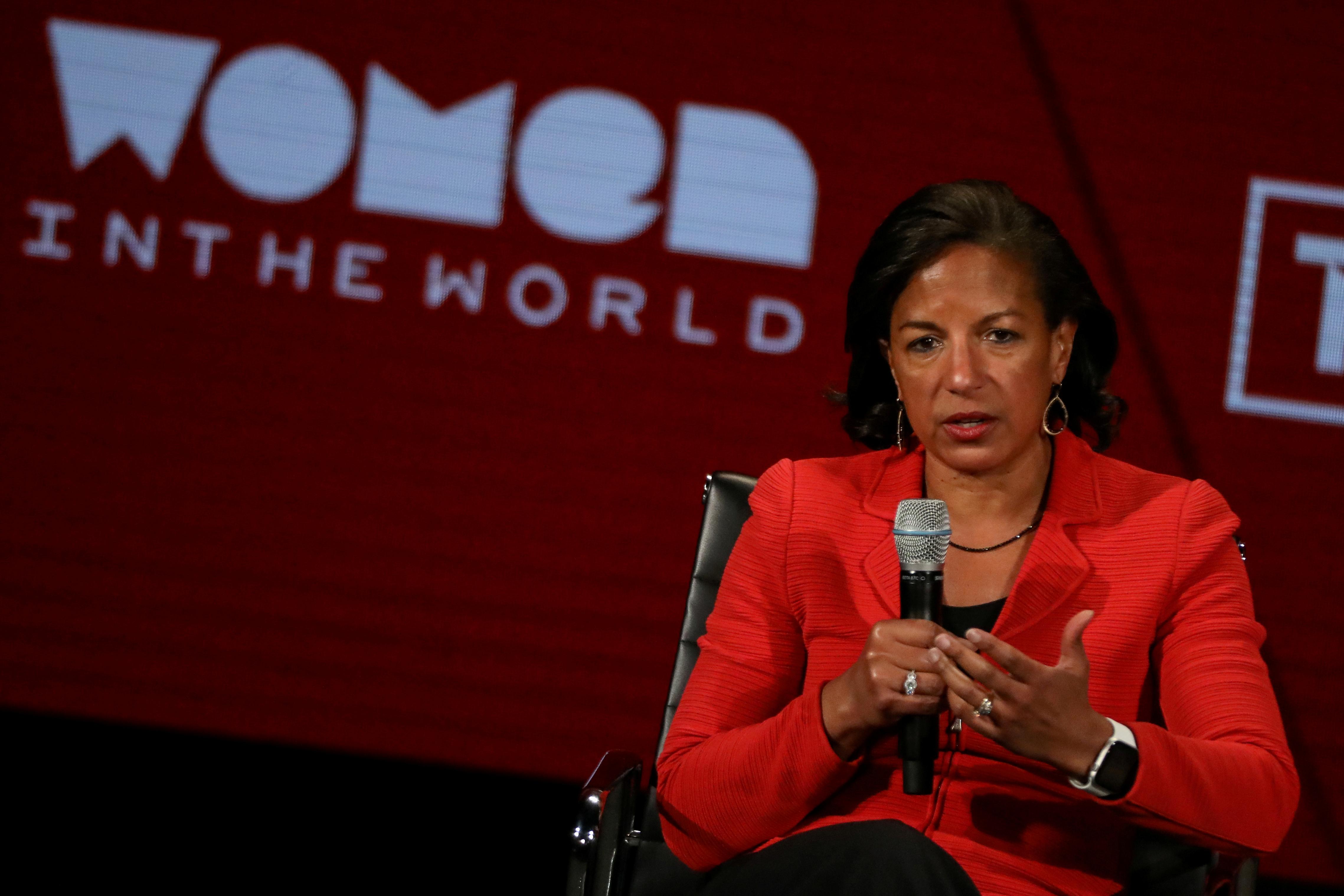 Lujan Grisham, 60, became the first Latina Democratic governor of a state in 2018, after serving six years in Congress. Biden’s campaign has been pushed by allies to consider a running mate who could boost his support among Latino voters, potentially the largest minority voting bloc in the November election.

Whitmer, 48, raised her profile as the governor of a battleground state hit hard by the coronavirus. But she came under fire earlier this year from some Michigan residents for a stay-at-home order that they viewed as too onerous.