WASHINGTON (Reuters) – Some of President Donald Trump’s Republican allies are urging him to ditch his divisive messaging and outline a clear vision for a second term, fearing his handling of a series of crises has dimmed his re-election hopes. 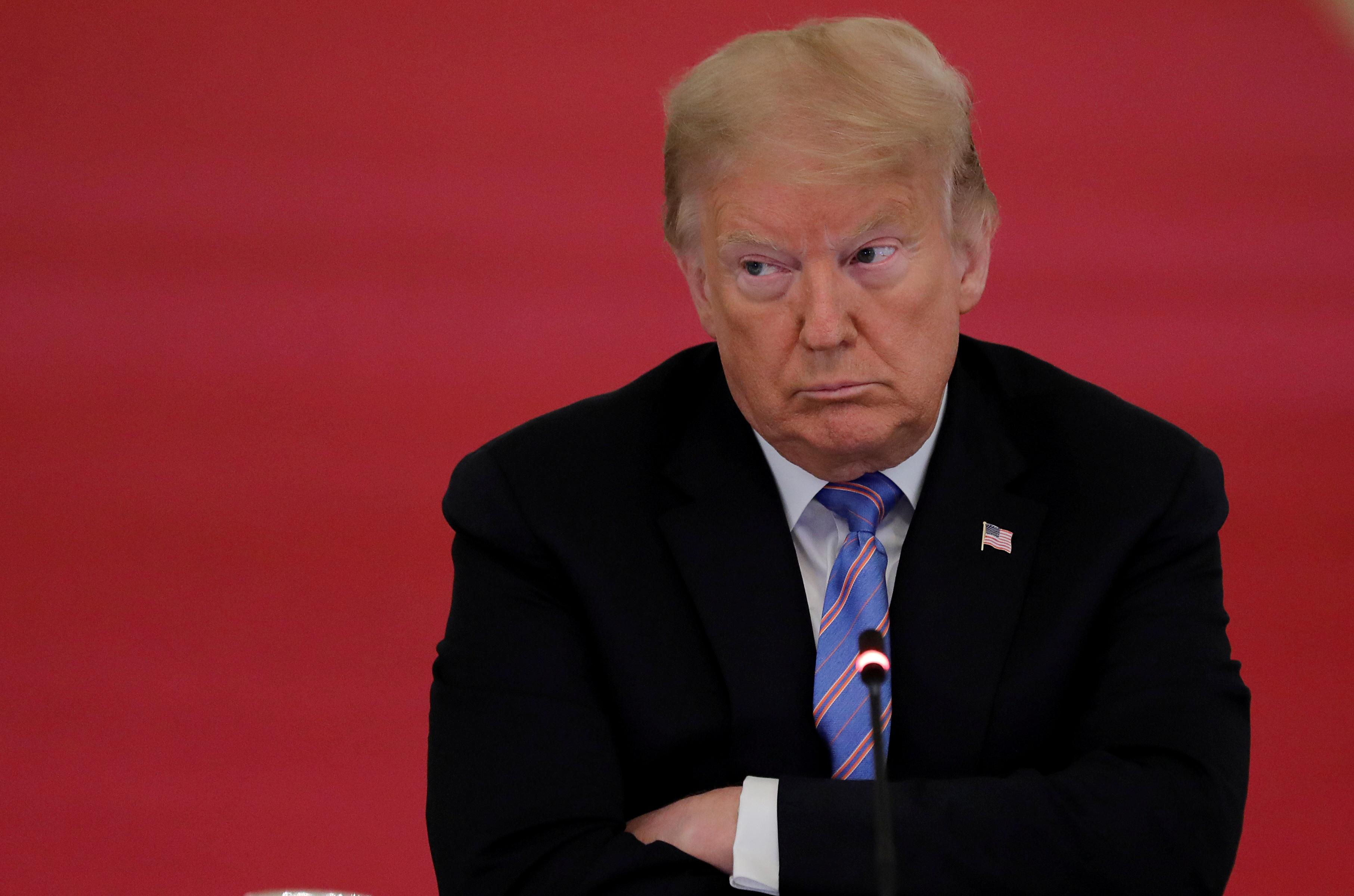 With four months to go before he faces Democrat Joe Biden in a Nov. 3 U.S. election, Trump’s opinion poll numbers have sunk as he struggles to manage the coronavirus pandemic, economic woes and protests over racial injustice.

Speaking on condition of anonymity, allies said Trump was often his own worst enemy. They pointed to him retweeting a video on Sunday that included a supporter shouting, “white power,” a slogan among white supremacists, and then deleting it.

“He has to go back and become an acceptable president and then take the wood to Biden,” said a Republican ally close to the White House.

“People are even actually saying, ‘Does he want this anymore?’” the ally said of fellow Republican supporters. “‘Is he looking for an exit strategy?’”

Trump’s falling poll numbers worry some fellow Republicans they will lose control of the U.S. Senate, having already lost leadership of the House of Representatives in 2018.

The source said perhaps as soon as August, Senate Majority Leader Mitch McConnell may have to advise Republican Senate candidates to distance themselves from Trump if needed to win election and keep their majority.

McConnell’s office did not respond to a request for comment.

Asked about the concerns, White House spokesman Judd Deere said the president “has shown time and again that he’s not afraid to take on the big challenges facing this country” and that Trump and his team are “engaged in an ongoing policy process for a bold second-term agenda.”

Another Republican close to the White House said Trump last week acknowledged privately that he was behind in his race against Biden after a raft of polls showed him losing nationally and in battleground states that will decide the election.

“He knows he’s in trouble,” the Republican source said. “He has no message.”

Hoping to end his slump, Trump is considering making staff changes and ways to broaden his message to draw support beyond his conservative base. Aides say he wants to focus on his ability to lead the country’s economic comeback, his one bright spot in polls. [nL1N2E11F0}

The view inside the White House, however, is that it will be hard for Trump to gain ground until there is more scrutiny of Biden, who has mostly stayed off the campaign trail due to stay-at-home orders during the virus outbreak.

“Until the media starts calling out Joe Biden for just hanging out in his basement, I don’t know how we end this cycle we’re in because we’re the only ones out there taking shots,” said a Republican official familiar with the internal dynamics at the White House.

Biden has said he would prefer in-person campaigning but that relying on virtual events has allowed him to reach more people directly than he would have otherwise.

During a presidency rife with controversy, Trump often has mastered changing the subject – but less so with the spotlight on a months-long pandemic that has killed more than 127,000 Americans and put millions of Americans out of work.

He has further divided the country with a “law-and-order” message that critics say fails to address the twin issues of police brutality and racial inequality at the heart of nationwide street protests.

At campaign events on Tuesday, Biden said the president was pitting Americans against one another instead of leading.

“They’re looking at this appeal to hate and how it’s divided the country. And they’re tired of it,” Biden said of the public’s changing mood.

Some supporters were disappointed last week when Trump did not directly respond when asked by Fox News Channel anchor Sean Hannity, a close friend, to share plans for his second term.

Trump has outlined his plans in broad strokes that include rebuilding the economy and taking on China, but he has yet to specify what he would do with another four years.

“He needs to articulate why he wants a second term,” said the Republican official familiar with internal White House dynamics.

In a memo on Sunday, deputy campaign manager Bill Stepien battled the poor poll numbers by arguing that Trump leads Biden in voter enthusiasm and remains strong in key states according to internal campaign data.

“We know the media loves to play the game of using their public polling to create an unfavorable scenario and to attempt to discourage President Trump’s supporters,” Stepien said. “As we can see from the obvious level of enthusiasm among Republicans, especially as compared to Joe Biden’s situation, it is not working.”

The latest Reuters/Ipsos poll, conducted this week online, gave Biden an advantage of 8 percentage points over Trump in support among registered voters. Biden had a 10-point edge in a similar poll last week.

With his signature, large-scale rallies sidelined by fears of COVID-19 infections, Trump has been considering doing media interviews beyond conservative Fox News, his usual venue, one ally said.

There have been some discussions of increasing the role of senior adviser Jared Kushner, Trump’s son-in-law, who is already heavily involved in the campaign, two officials said.

On Wednesday, a source confirmed that Michael Glassner, who organized Trump’s rallies, had been “reassigned” as a legal adviser for the campaign following the disappointing rally last month in Tulsa.

Two men armed with a skateboard and an umbrella traded blows outside a south east London school on Monday. The bizarre incident was filmed by…

A nurse received a £100 parking fine because it took her too long to install an app to pay on her mobile phone. Colleen Wiltshire,…