Health Secretary Matt Hancock snapped at Trevor Philips during a heated clash between the pair on Sky News this morning over the decision to ban travel from India.  Mr Hancock disputed Mr Philips’ claim that the data avaialble at the time should have been enough to put India on the red list. However, the Health Secretary hit back at this, claiming that he would not let the Sky News presenter “get away” with “wrong” data.

Mr Phillips accused the Health Secretary of delaying putting India on the travel red list which is feared to have caused the spread of the Indian variant in the UK.

Mr Philips responded: “I’m just reading information you had at the time – but let’s deal with something that you’re dealing with this week.”

JUST IN: Hancock hints June 21 lockdown ease is still on as hospitalisations 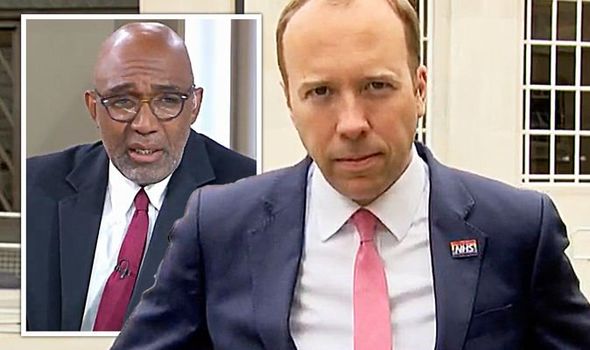 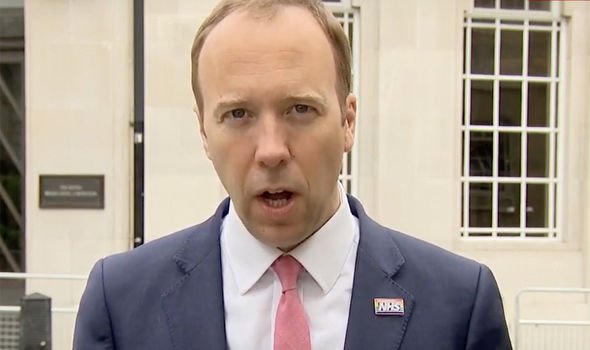 He added: “Are you worried that we are going to look like we don’t care about the rest of world because we are going to extend the vaccination programme down the age range here when, for example, in Africa only 2.5 percent have been vaccinated and we could be giving more stocks now?”

While Mr Phillips was talking, Mr Hancock could be seen seething and shaking his head.

Mr Hancock hit back: “I’m going to answer this question but first I’m afraid you can’t get away with making a comment on my previous answer and then just moving on when the comment was wrong.

“The information that you’ve been talking about was not available to ministers at that time. That is why we took those decisions.” 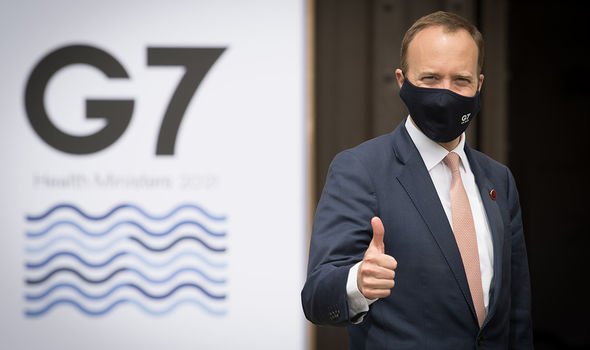 At one point, Mr Hancock scolded Mr Philips: “Well the facts in your question were wrong.

“I’ve been through this many times including on this programme a couple of weeks ago.” 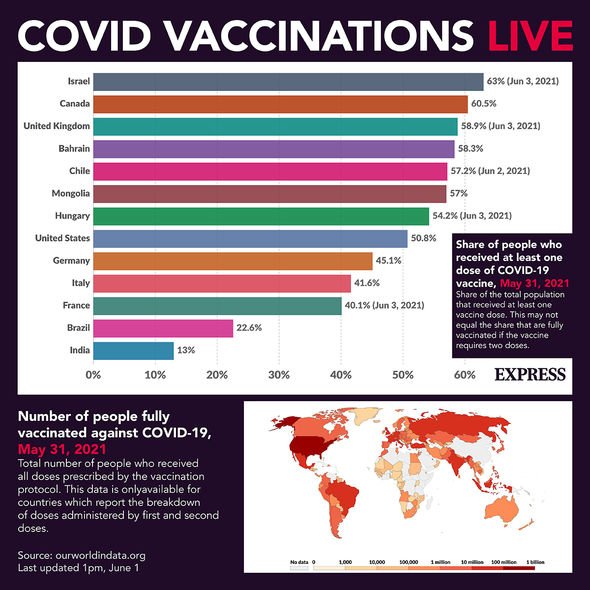 Mr Hancock also told Mr Phillips that the latest advice is the Indian or Delta variant is around 40 percent more transmissible.

The Health Secretary said vaccines would be opened up to under-30s in the next few days.

On the relaxation of lockdown restrictions on 21 June, Mr Hancock added: “It’s too early to make a final decision on that.”