George Galloway hits out at Sturgeon for ‘promising freebies’

George Galloway ruthlessly picked apart the SNP’s election manifesto, branding it a collection of “empty promises”. He pointed out that the huge funding and “freebies” promised by SNP leader Nicola Sturgeon were paid for “by the Union she wants to break up”. In an election video for his new, anti-separatist All for Unity party, Mr Galloway claimed Nicola Sturgeon will “use your vote to take Scotland deeper into the Neverendum”.

He said: “It takes a special kind of brass neck, you may call it a Nicola Sturgeon brass neck, to shower promises of freebies made possible only by Scotland being a part of the Union.

“Scotland receives more money than any other part of the UK from the Treasury in London to pay for freebies for votes that will be used to break up the Union that paid for the freebies in the first place!

“That’s if you get the freebies!” 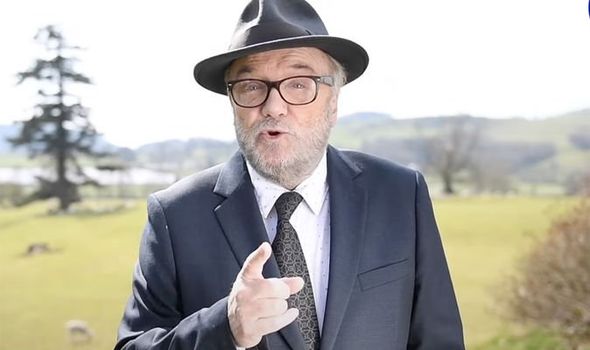 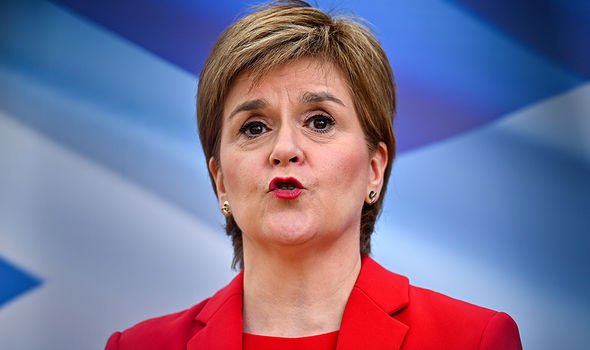 He said: “Remember they promised to scrap the council tax? It’s still here.

“Remember they promised to give all of our children a laptop that they could use during the long lockdown? Again they are still not here.

“It takes a Sturgeon neck to promise everything you’re going to do in the next five years, when you’ve actually been in power for 14 years and haven’t done any of them.”

This comes after Nicola Sturgeon promised to provide a “transformational” increase in NHS funding if the SNP wins the election. 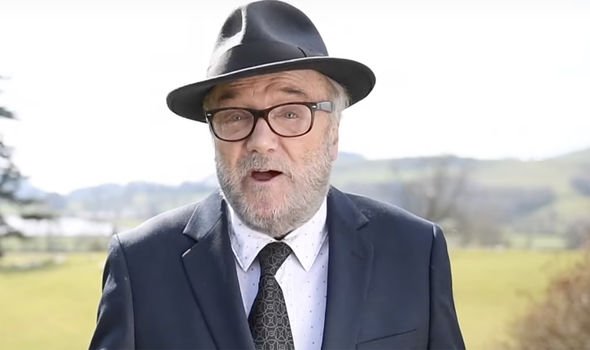 Speaking as she launched the party’s manifesto this week, Ms Sturgeon said frontline NHS spending would increase by a total of £2.5bn.

The SNP leader repeated her call for an independence referendum to be held within the next parliamentary term.

The manifesto also pledged a £10bn investment programme in NHS facilities, and a minimum 25 percent rise in mental health spending.

However, Mr Galloway said these huge funding promises were “a ploy to use your vote to take Scotland deeper into the Neverendum” 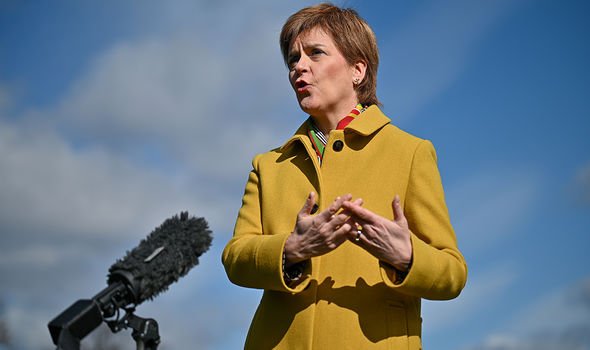 He said: “Your vote has only one meaning for them — as a lever to try to break a part the United Kingdom.”

Mr Galloway claimed that once the SNP are elected, “you won’t hear about the mental health funding again”.

He warned that the SNP if handed a majority, planned to “turn grievance and grudge into a national religion”.

The former MP claimed that the UK’s exit from the “fading, failing European Union, which is falling apart at the seams” was an opportunity to “build a better Britain.”

Mr Galloway’s All for Unity campaign is urging voters to back the strongest contender from the main pro-Union parties — Conservative, Labour or Liberal Democrats — in each directly-elected seat.