George Galloway has torn into Nicola Sturgeon’s record in power, as he called for a united front against the SNP this year. This comes as Scotland heads towards May’s Holyrood parliamentary elections, which could prompt a bid from the SNP for a second independence referendum. However, earlier today, Mr Galloway warned that Ms Sturgeon could try to “postpone the elections” due to the coronavirus pandemic.

He tweeted this afternoon: “If our elections are to be postponed by the Virus #SturgeonLies must make way for a national unity government to take us through the crisis and to restore democracy.”

Mr Galloway is currently leading the Alliance for Unity, which hopes to put together a cross-party coalition intended to see the “defeat of the SNP and an end to the Neverendum on Scotland’s future”.

He explained: “I don’t ordinary favour coalitions but in times of existential threat, the country has to come together to defeat that threat.

“That is where we are on this Scottish question. Alliance for Unity has two big ideas.

“The first big idea is that parties should stand down in favour of each other where one party has clearly the best chance to defeat the Separatists.”

JUST IN: Galloway tears into ‘hypocritical’ Sturgeon over Brexit opposition 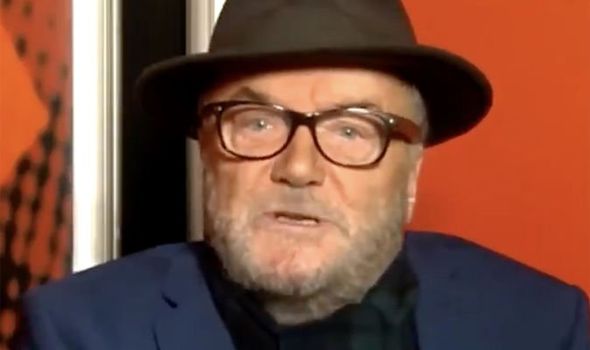 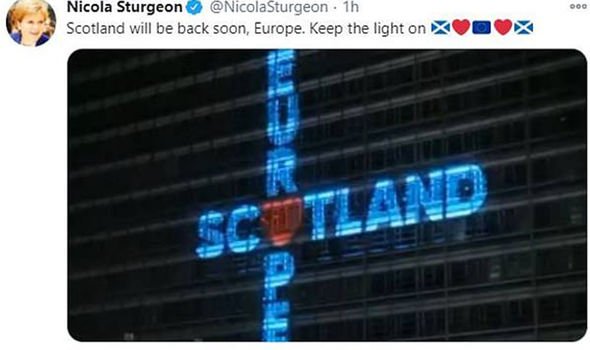 He continued: “And our second big idea is that we need a Government of National Unity in Scotland to stabilise the political situation which is extremely unstable in Scotland.

“We have a ruling caste, half of whom seem to me to be headed for jail. We’ve got corruption on a grand scale, incompetence and failure.

“We’ve got industrialised lying. We need a period of calm. We need a Government of National Unity, which if elected the Alliance of Unity will try to bring about.”

Last night, Mr Galloway also hit out at Nicola Sturgeon’s plea for the EU “to keep a light on” for Scotland.

Brexit: Michael Gove hits out at 'inconsistent' SNP over deal 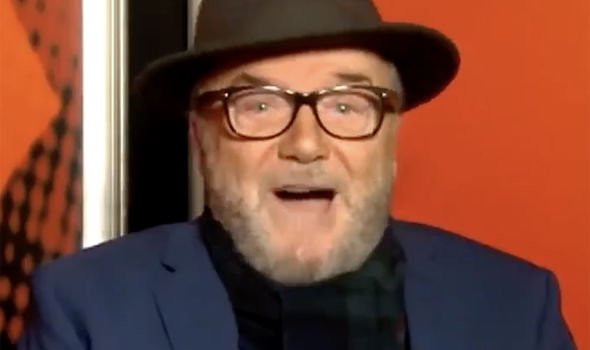 The Scottish First Minister defiantly tweeted that her nation would be “back soon” as the UK quit the bloc after more than 40 years.

Ms Sturgeon’s tweet stated: “Scotland will be back soon, Europe. Keep the light on.”

Mr Galloway responded: “See before you get back into the EU and before that IndyRef, do you think you could crack a light on when my 86 year old mother and other people her age might get a vaccine? How about DOING YOUR DAYJOB?” 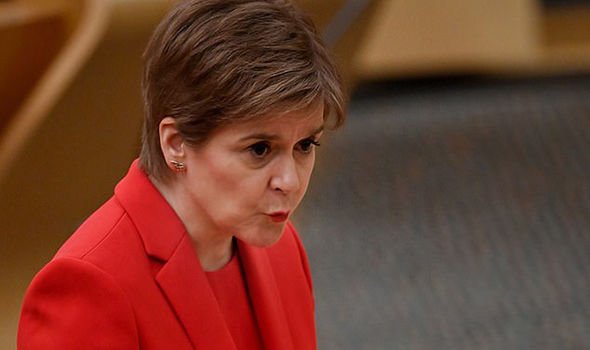 He went on to add: “Sturgeon’s faux Europeanism is hypocritical opportunism. She joined SNP when it fought for Brexit!

“She backed a referendum on the EU because they were robbing our fish!

“If she’d won in 2014 she would’ve dragged us out with No Deal! She’s a wee parish-pump nationalist.

He later retweeted a remark that read: “So how many unnecessary deaths to date Ms Sturgeon? Even New Years Eve you campaign. What priorities you have.

“Many of us, especially those who have lost loved ones find you repulsive. I won’t say Happy New Year to you, pretty sure you will enjoy every minute.”