WASHINGTON (Reuters) – Newly elected Representative Lauren Boebert, who has vowed to carry her Glock pistol when she is at work in the U.S. Capitol, has so far failed to fulfill that promise and earned a rebuke on Monday from the D.C. police chief.

The Republican congresswoman, 34, will be “subjected to the same penalties as anyone else caught on a District of Columbia street carrying a firearm unlawfully,” Police Chief Robert Contee told a news conference on security measures this week as the city girds for a string of protests by supporters of outgoing President Donald Trump.

Boebert had traveled the 1,800 miles (2,900 km) from her home in Rifle, Colorado, to Washington and boasted on Sunday, her first day as a newly sworn-in member of the highly secured U.S. Congress: “I will carry my firearms in DC and in Congress.” 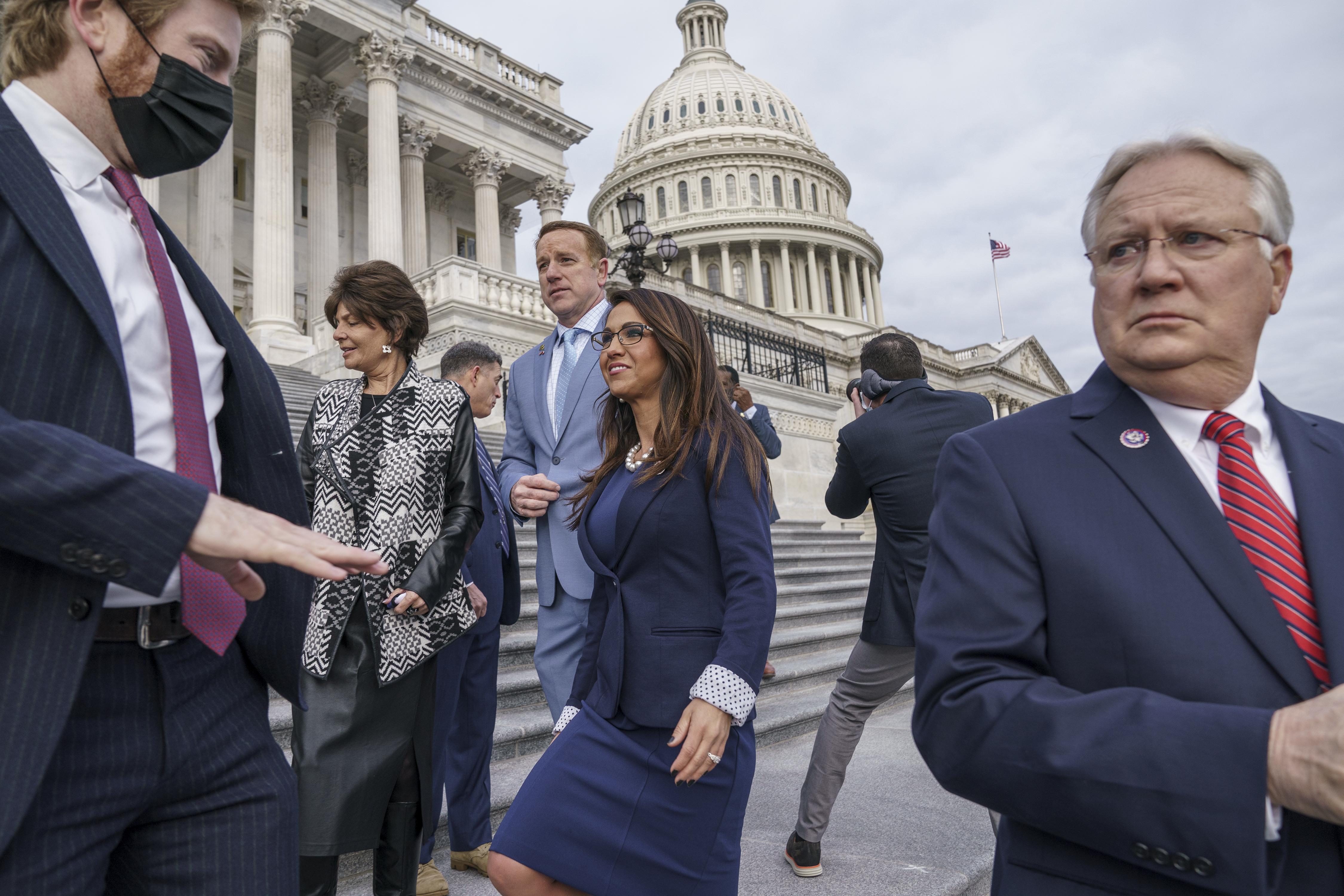 The self-described “5-foot tall, 100-pound” member of the House of Representatives backed up that pledge, saying she intends to protect her Second Amendment right to bear arms and that of her constituents – even if things in the nation’s capital are not done quite the same way as in Rifle, where she operates the Shooters Grill restaurant.

But Boebert has quickly found that promises are sometimes difficult to keep in Washington.

Two days into the new, 117th Congress, Boebert has reported to work minus the Glock, according to an aide who asked not to be identified.

Never mind that Boebert, who has also made supportive statements about the online conspiracy theory known as “QAnon,” posted a video on Twitter in which she reaches for her Glock semi-automatic pistol, placing it in a holster on her hip. The video then cuts to her striding down a street that appears to be in the city of Washington and then across the U.S. Capitol grounds.

“I don’t go to work in a motorcade or armored car,” Boebert said, describing Washington as one of the most dangerous cities in the nation. “I am my best security.” https://twitter.com/laurenboebert

That may be so. But the District of Columbia for years has had tough handgun controls and open carry is illegal. Similarly, firearms are generally prohibited on the grounds of the Capitol.

Members of Congress are allowed to have guns, however, in their congressional offices, according to a House source. That policy was mainly intended to let lawmakers display ceremonial weapons on their walls, the source added.

Boebert’s aide said she and a posse of other House members would soon propose changing the Democratic-controlled chamber’s rules so that she can pack her Glock wherever and whenever she wants.

U.S. Capitol Police, which enforces the law and congressional rules across the Capitol grounds, did not immediately respond to a request for comment.