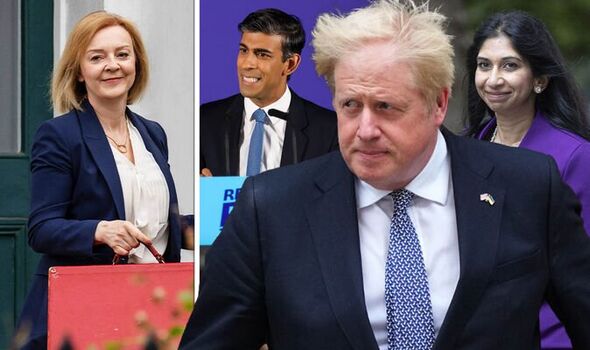 Boris Johnson won the 2019 election on a promise to ‘Get Brexit Done’. While the UK has left the European Union, the issue of Brexit still looms as the Northern Ireland Protocol continues to cause

But Brexit has been left largely out of the remaining candidates’ campaigns, who are instead choosing to focus on the cost of living crisis and tax cuts.

Only Suella Braverman, a relative outsider in the contest, has made concrete pledges regarding Brexit and the NI protocol, saying she would “stop the direct flow of dynamic EU law into the province” and stop the EU from having its say over taxes in the country.

But even Foreign Secretary Liz Truss, who recently put forward the proposal to parliament to unilaterally override parts of the Brexit deal, has remained quiet on the subject.

Frontrunner Rishi Sunak has also reportedly clashed with other Government ministers over the controversial deal, claiming the hard line approach would damage relations and potentially spark a trade war.

Other candidates have been largely ignorant Brexit, instead pledging to focus on the economy and various tax cuts, instead of putting their minds to solving one of the biggest policy disagreements since the UK left in 2020.

So, what do you want to see from the next Tory Prime Minister regarding Brexit? Who do you trust the most to sort out the Northern Ireland Protocol?