WASHINGTON (Reuters) – John Dingell, a gruff Michigan Democrat who entered the U.S. House of Representatives in 1955 to finish his late father’s term and became a legislative heavyweight and longest-serving member of Congress, died on Thursday. He was 92. 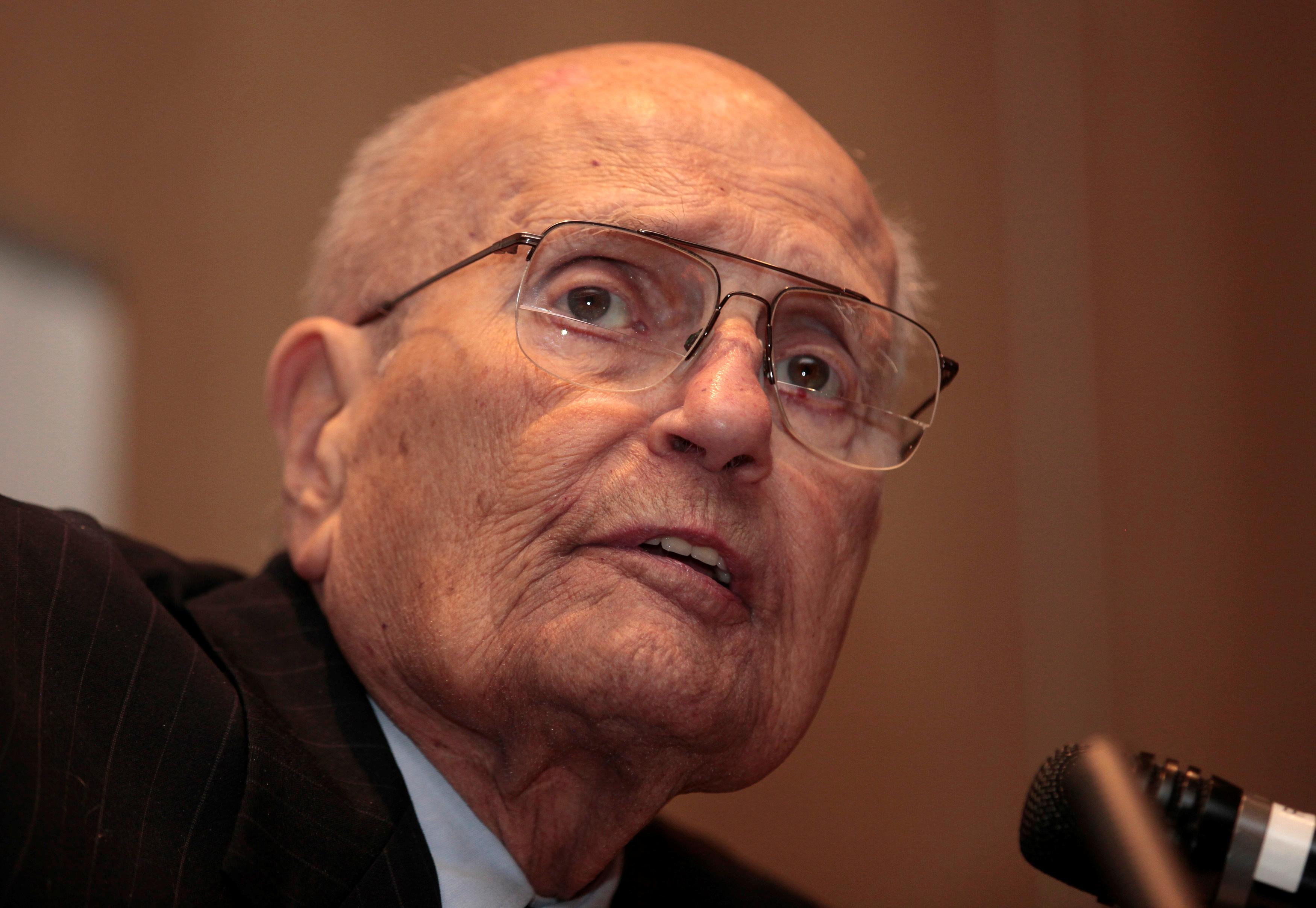 The former lawmaker’s wife, Debbie Dingell, who was elected to succeed him, was with him when he died peacefully at home in Michigan, her office said.

“He was a lion of the United States Congress and a loving son, father, husband, grandfather, and friend. He will be remembered for his decades of public service to the people of Southeast Michigan, his razor sharp wit, and a lifetime of dedication to improving the lives of all who walk this earth,” Debbie Dingell’s office said.

The Detroit News reported he was in hospice care after being diagnosed with prostate cancer, which he had decided not to treat.

Dingell served 59 years in the House before retiring in 2015 because, as he said to a Michigan business group at the time, he could no longer “live up to my own personal standard” for serving in Congress.

Dingell served as chairman of the Energy and Commerce Committee for 16 years, where he pushed major legislation, including the breakup of telecommunications firm AT&T, cable deregulation, the Endangered Species Act and the Clean Air Act.

He also played an important role in passing the legislation leading to Medicare, the health insurance program for elderly Americans, in 1965, and the Affordable Care Act in 2010, popularly known as Obamacare.

Dingell did not win all of his legislative fights. He opposed the North American Free Trade Agreement, which was approved in 1993.

In his later years as a legislator, Dingell navigated Capitol Hill in a motorized scooter bearing a vanity plate emblazoned with the words “THE DEAN,” the title for the longest-serving member of the House.

Well after leaving Congress, he remained popular, deploying his wit in posts on Twitter.

Democratic Senator Debbie Stabenow wrote in a post on Twitter: “We have been incredibly lucky to have you and will miss you dearly.”

On Wednesday, Dingell’s wife said on Twitter that she skipped Tuesday’s State of the Union address in Washington to be with him as his health declined.

On Wednesday, Dingell dictated a tweet for his wife to write: “I want to thank you all for your incredibly kind words and prayers. You’re not done with me just yet.”