WASHINGTON (Reuters) – The U.S. Justice Department on Wednesday defended the legality of President Donald Trump’s appointment of Matthew Whitaker as acting attorney general after critics called the move unlawful, asserting that he has the authority to replace the fired Jeff Sessions outside of the department’s usual line of succession. 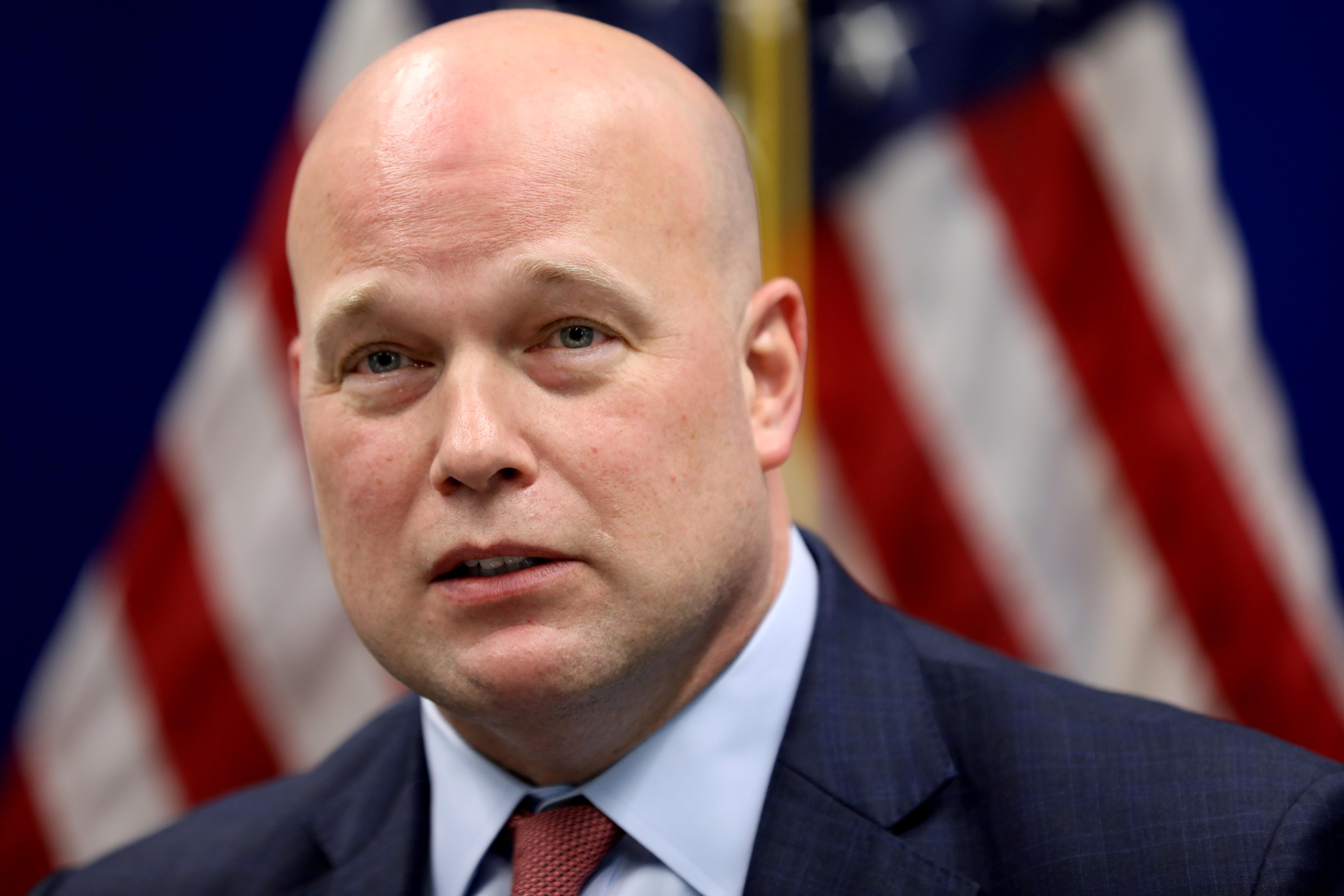 Whitaker, a Trump loyalist, assumed authority over the ongoing investigation by Special Counsel Robert Mueller into Russia’s role in the 2016 U.S. election – a probe that has led to criminal charges against several former Trump aides – after the Republican president forced Sessions to resign a week ago.

The legal opinion, sent to the White House by the Justice department’s Office of Legal Counsel, rejected the view of Democrats and other critics that Trump overstepped his constitutional authority and broke federal law by appointing Whitaker as the chief U.S. law enforcement official.

The Office of Legal Counsel said a president can “depart from the succession order” that was established by one federal law by relying on a separate law, known as the Federal Vacancies Reform Act. The opinion concluded that the Republican president was on solid constitutional ground as well.

The state of Maryland launched a court challenge on Tuesday to Whitaker’s appointment, citing constitutional and statutory concerns. Maryland’s legal filing argued that Trump violated the so-called Appointments Clause of the U.S. Constitution because the job of attorney general is a “principal officer” who must be appointed by the president and confirmed by the Senate.

Before ousting him, Trump had repeatedly criticized Sessions for recusing himself in March 2017 from the Russia investigation – now headed by Mueller but at the time conducted by the FBI. Sessions’ recusal left oversight of the Russia probe in the hands of the No. 2 Justice Department official, Rod Rosenstein, who appointed Mueller after Trump fired James Comey as FBI director in May 2017.

Congressional Democrats have voiced concern that Whitaker could undermine or even fire Mueller. Trump has called Mueller’s investigation a “witch hunt.”

The legal opinion did not address whether Whitaker will recuse himself from the Russia investigation. A senior Justice Department official who briefed reporters on the legal opinion declined to comment about possible recusal.

A hearing in Maryland’s litigation on the issue has been scheduled for Dec. 19.

Maryland argues that Rosenstein should have succeeded Sessions under a federal succession law that vests full authority in the deputy attorney general should the office of attorney general become vacant.

Democrats, preparing to take control of the U.S. House of Representatives after gains in last week’s midterm congressional elections, signaled on Wednesday they plan to closely scrutinize Whitaker. Four senior House Democrats sent letters requesting information relating to Whitaker’s past involvement with World Patent Marketing, a company that was accused by the government of bilking millions of dollars from consumers.

The Justice Department said the Federal Vacancies Reform Act allows the president to designate a non-Senate confirmed senior official like Whitaker to “perform the functions and duties of principal offices.”

A historical survey by the Justice Department found at least 160 instances before 1860 in which a non-Senate confirmed person performed the duties of high offices. 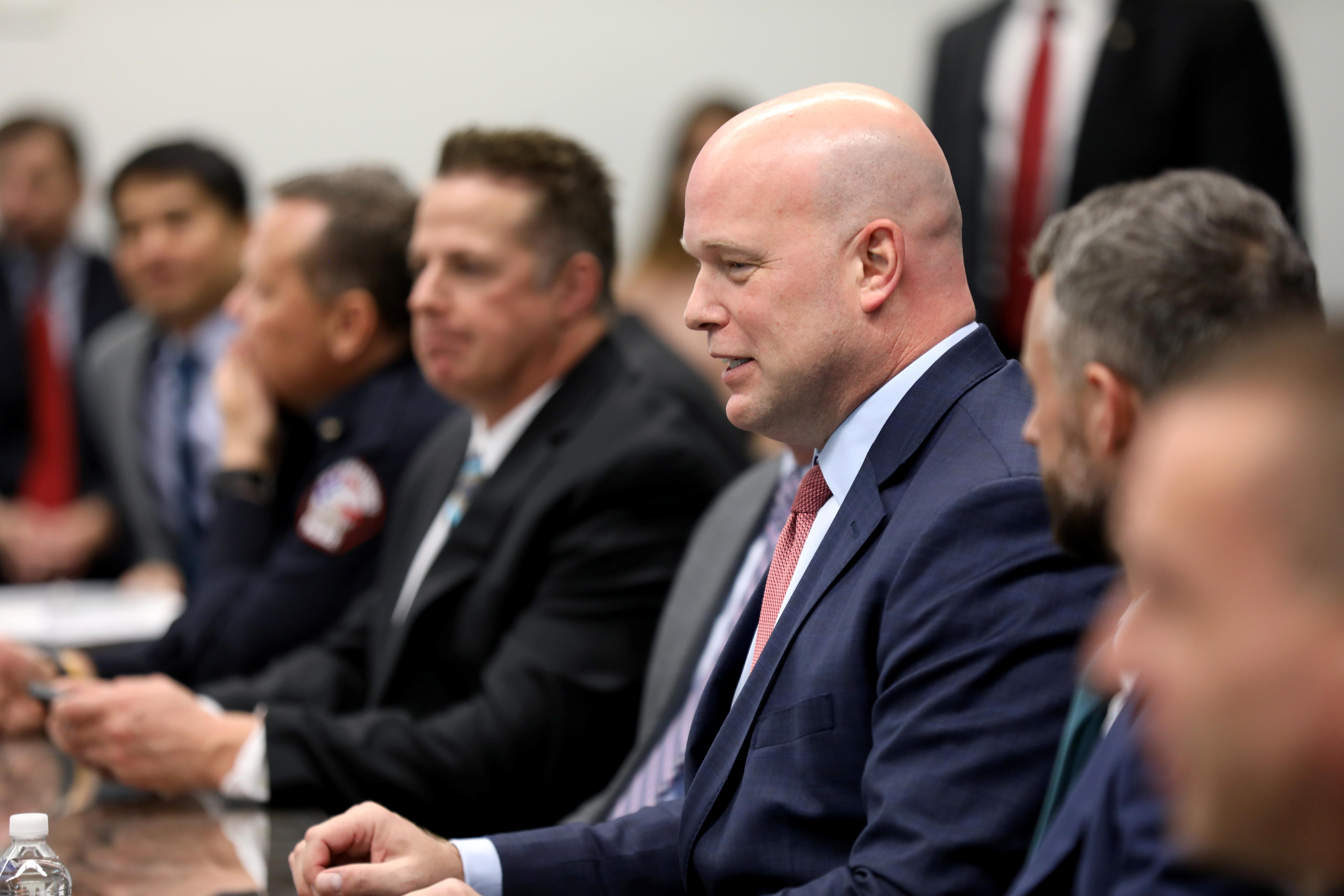 Congress took away a president’s power to designate non-Senate confirmed officials into high offices in the late 1860s, but that authority was later restored in 1998 with the Federal Vacancies Reform Act, the senior Justice Department official said.