WASHINGTON — The Supreme Court heard arguments on Tuesday in an appeal from a death row inmate in Missouri with a rare medical condition that he says will cause excruciating pain if he is put to death by lethal injection. Lawyers for the inmate, Russell Bucklew, said his condition, cavernous hemangioma, would make him choke on his own blood during his execution.

Much of Tuesday’s argument concerned earlier Supreme Court decisions that required inmates challenging lethal injection protocols to identify available and preferable methods of execution. Mr. Bucklew said lethal gas was preferable to the state’s current method of an injection of a lethal dose of pentobarbital. But the United States Court of Appeals for the Eighth Circuit, in St. Louis, ruled that Mr. Bucklew had not shown that his alternative would be less painful.

Justice Kavanaugh seemed to express doubts about the requirement of identifying an alternative, at least where the usual method of execution coupled with an inmate’s unusual medical condition could produce excruciating pain.

“Are you saying,” he asked a lawyer for the state, “even if the method creates gruesome and brutal pain you can still do it because there’s no alternative?”

“I don’t actually know where in the Eighth Amendment and its history the court made up this alternative remedy idea,” she said, “because the Constitution certainly doesn’t prohibit cruel and unusual punishment unless we can’t kill you at all.” 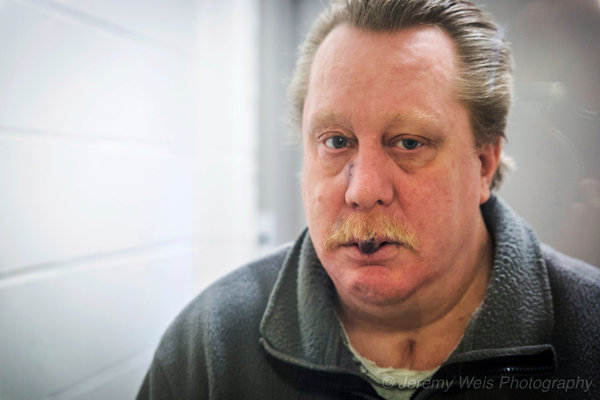 Chief Justice John G. Roberts Jr. explained the theory behind the court’s earlier rulings, but it was not clear that he was prepared to embrace it in Mr. Bucklew’s case.

“What the Eighth Amendment prohibits is the unnecessary infliction of pain,” Chief Justice Roberts said. “If the death penalty is constitutional, as it now is, there must be a way to administer it. But if you can show that there’s another way that is less painful, then the theory is, again, that it’s an Eighth Amendment claim because it’s unnecessary pain.”

The chief justice questioned Mr. Bucklew’s proposed alternative of nitrogen gas. “How can it be a reasonable alternative if it’s never been used before?” he asked.

Robert Hochman, a lawyer for Mr. Bucklew, said that “there are details to be worked out.”

Chief Justice Roberts appeared unsatisfied. “Things can go wrong regardless of the method of execution,” he said. “It seems to me that if you have a method that no state has ever used, that that danger is magnified.”

Mr. Bucklew was convicted of murdering a man who had been seeing his former girlfriend and of kidnapping and raping her. The argument over his fate veered from very general issues to quite specific ones. Justice Sotomayor noted that Mr. Bucklew had recently undergone a tracheotomy. Mr. Hochman said the tracheotomy tube was still in place.

“Doesn’t that moot out certain of your claims?” she asked.

She made similar points about a mistake in a medical expert’s testimony and the possibility that state officials could assure the court that they would take steps to address Mr. Bucklew’s condition.

Justice Sotomayor, who is deeply skeptical about the use of the death penalty, may have been trying to guide the case to a judicial offramp now that the composition of the court has changed.

Also on Tuesday, the Supreme Court issued its first decision of the term in an argued case, ruling 8 to 0 that a federal law barring age discrimination applies to government units regardless of size. Justice Ruth Bader Ginsburg, writing for the court, said a different part of the law limiting its scope to private businesses with 20 or more employees did not apply to state and local employers.

The case, Mount Lemmon Fire District v. Guido, No. 17-587, was argued in the first week of the term, before Justice Kavanaugh joined the court. He did not participate in the decision.