Boris Johnson snapped at the Labour Bench during a fiery discussion during Prime Minister’s questions. Tory MP Andrew Rosindell insisted the London Ronald Reagan statue should be re-erected in Parliament square after recently being taken down. Mr Rosindell insisted the former US President was a great friend to the UK and supported the nation during the Falklands war.

Mr Johnson agreed and took aim at the Labour Party for recoiling at the mention of the topic.

He claimed he would support the statue being re-erected in a prominent area but noted that was for the next London Mayor.

Mr Rosindell said: “I was deeply concerned at the weekend following reports in the Sunday Express that the statue of the great United States President Ronald Reagan which once stood in Grosvenor Square has been removed and remains out of public sight.

“I know the Prime Minister will agree with me that President Reagan was a true friend to the United Kingdom. 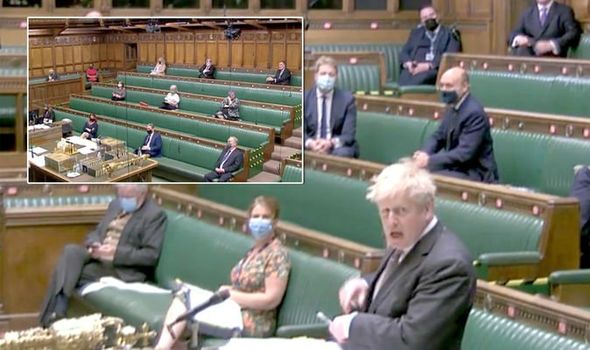 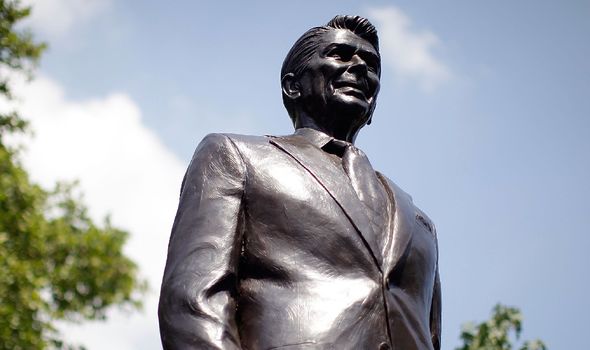 “President Raegan, alongside Margaret Thatcher, ended the cold war and supported Britain during the liberation of the Falkland Islands.

“Now that our American friends have moved to a new embassy in Wandsworth would the Prime Minister agree with me that President Reagan’s statue should be moved to a more prominent location on Parliament Square.

“This is so that visitors from home and across the globe can honour this remarkable man.”

Mr Johnson agreed and then took to attacking the Labour Party’s reaction to the conversation. 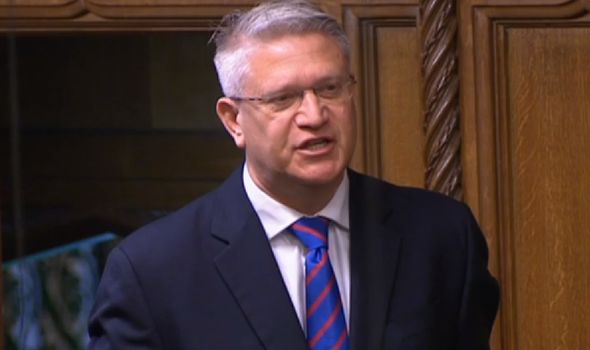 He said: “Did you notice, Mr Speaker, that the bench opposite recoiled at the idea of the recapture of the Falklands.

“When you have just heard a right honourable member say she was ashamed of her country.

“It is no wonder that people take that kind of attitude.

“I think that he is entirely right in what he says about President Reagan, I think he was a very distinguished President. 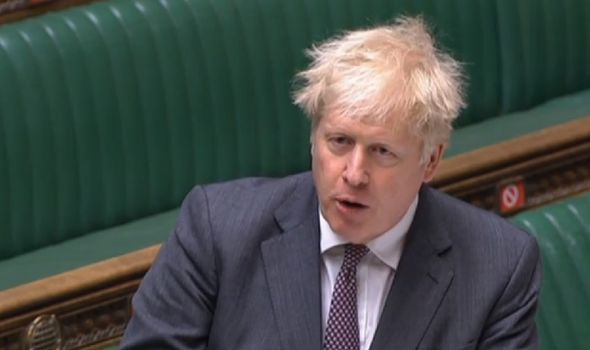 “But it is not up to me to reinstall a statue for him I think that is for the Greater London Authority.

“He has to appeal to the current Mayor of London.

“But let’s hope there is a new one to do justice to the memory of Ronald Reagan.”