Labour’s deputy leader is expected to break from the party line and say he will back Theresa May’s withdrawal agreement – if she agrees to a second referendum.

Tom Watson is to address a rally held by the People’s Vote in London on Saturday, where hundreds of thousands of people will call for another vote on Britain’s membership of the European Union.

And although Mr Corbyn has not backed the current Withdrawal Agreement, and has only recently said he would support a second referendum, Mr Watson is expected to say another vote is the only way out. 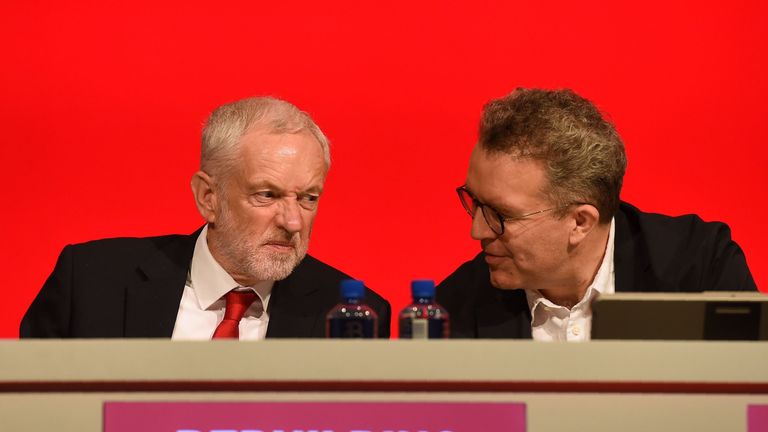 “That’s why I’ve come to the reluctant view that the only way to resolve this and have legitimacy in the eyes of the public is for the people themselves to sign it off.

“It can only bring closure if we’re all involved in making the decision.” 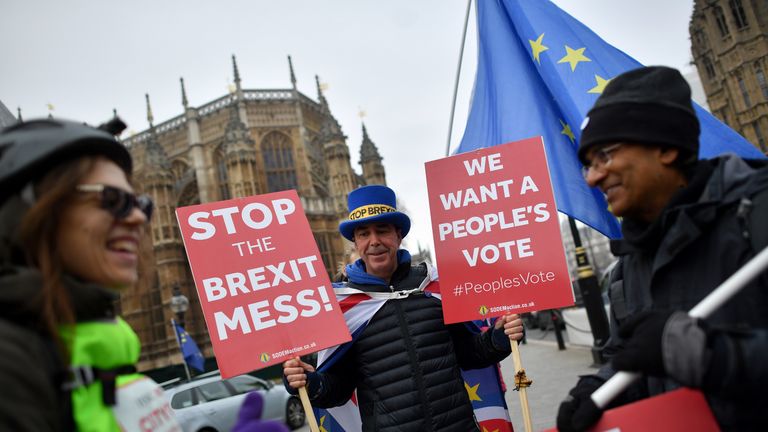 Mr Corbyn will not be in attendance, as he will be in Lancashire on the campaign trail for the local elections.

But other keynote speakers at the march include former cabinet minister Justine Greening, her former Conservative colleague Anna Soubry, now a member of The Independent Group, and former Attorney General Dominic Grieve.

Jo Swinson, Liberal Democrat deputy leader, and the Green Party’s Caroline Lucas will also be there to speak.

The rally will start near Hyde Park and go through the capital to Parliament Square. It follows a rally by the same groups in October last year, which some said was attended by 700,000 people.

The march will take place as former UKIP leader Nigel Farage rejoins the March to Leave, a pro-Brexit trek from the North East to London. The group will be in Linby near Nottingham on Saturday morning. 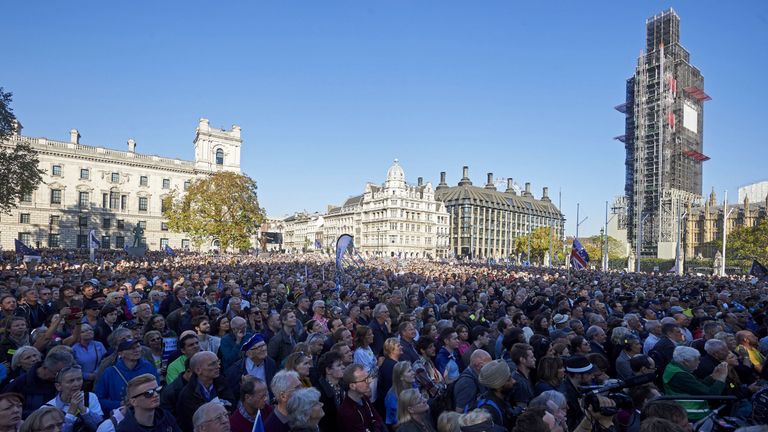 It has been a long and turbulent week for Brexit politics, with Mrs May forced to ask for an extension to Article 50 as it became clear her deal would not pass through Parliament in time for the 29 March date.

Instead, Brussels has agreed to give her until 22 May, if the deal gets through this week, or the 12 April if it does not. The government will be able to present a different plan of action to the EU before the 12 April for consideration.

It could mean another, longer delay, with the UK having to hold election for the European Parliament, or it may mean leaving with no deal at all.

The prime minister wrote to parliamentarians, to say she might not bring the agreement to the house for a third time if there is not enough support.

She said: “If it appears that there is not sufficient support to bring the deal back next week, or the House rejects it again, we can ask for another extension before 12 April – but that will involve holding European Parliament elections.

“If it appears that there is sufficient support and the Speaker permits it, we can bring the deal back next week and if it is approved we can leave on 22 May.”

A petition asking the government to revoke Article 50 and stop Brexit completely had passed 3.7 million signatures by Friday evening.

Meanwhile, a smaller but determined ‘Leave Means Leave’ march is making its way from Sunderland to arrive in London on Friday 29 March, which was long meant to be Brexit day.