Irish prime minister Leo Varadkar said he was confident an extension would be agreed by the EU27 despite fears French president Emmanuel Macron would veto it. But he warned Brussels not to put something on the table too unpalatable for the UK, such as a choice between a long extension or a no deal Brexit. He told the Irish parliament: “I have to say I am confident that an extension will be agreed, but there will be different views and there will be a discussion both around the length of it and also the conditionality connected to it. I think it’s important to point out that the UK has only asked for an extension until June 30.

“So if we were to offer a longer extension, what would the offer be?

“Would the offer be – ‘You must accept this longer extension or you must leave on Friday’? You know, so we’ll have to think this one through.”

Mr Varadkar argued the best offer the EU could make to the UK would be an extension to Article 50 which can end as soon as a withdrawal agreement and the associated legislation found a majority in Parliament.

Mrs May, the Irish leader added, should be put in the condition of accepting the European proposal. 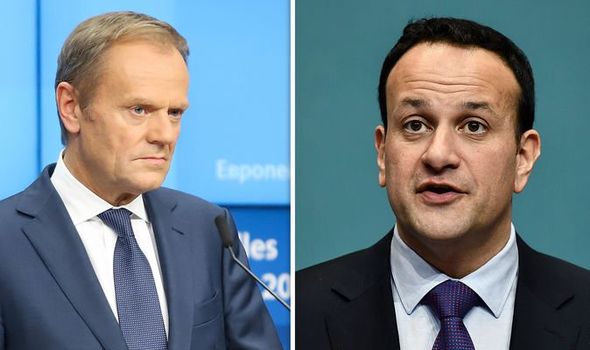 He said: “They’re requesting an extension. They don’t want a crash-out on Friday.

“So if we’re going to offer them a longer extension, it will have to be an offer they’re willing to accept.

“We don’t want to cause a crash-out on Friday by only offering them a long extension that they would be forced to refuse.”

Mr Varadkar doesn’t want a no deal Brexit as it would create a hard border between Ireland and Northern Ireland. 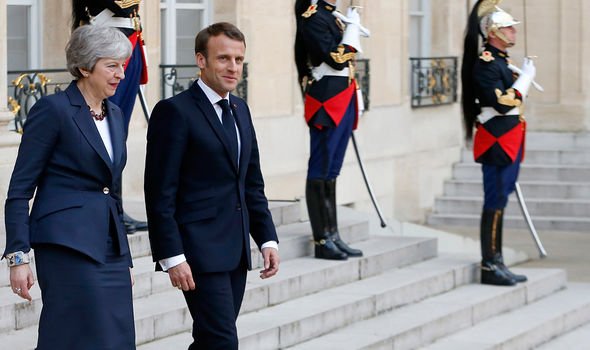 Mr Macron, the Irish prime minister said, is expected to join the other member states in granting an extension to Mrs May and prevent Britain from leaving the bloc without an agreement in place on April 12.

Mr Varadkar added he has “no reason to believe that France would even consider vetoing a Brexit extension”.

Mrs May held talks with Mr Macron on Tuesday afternoon, just hours ahead of the EU summit during which the EU27 will decide on the extension.

A Downing Street spokesman said the pair discussed the UK’s request to further delay Brexit until June 30 and updated him on the ongoing talks with Jeremy Corbyn. 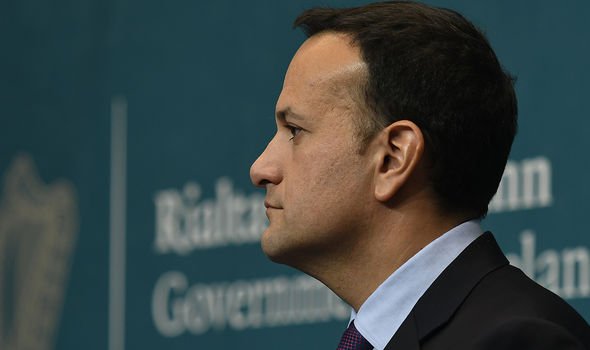 He added: “The Prime Minister updated President Macron on the ongoing talks with the Opposition to agree a way forward that respects the result of the 2016 referendum.

“They also discussed upcoming European Parliamentary elections with the Prime Minister saying that the Government was working very hard to avoid the need for the UK to take part.”

Earlier on Tuesday, The European Council president Donald Tusk said in a letter to the EU27 there was “little reason to believe” that the ratification of Mrs May’s Brexit deal could be completed by the end of June, suggesting Brussels should offer an extension as long as 12 months.

The main suspect in the Madeleine McCann case twice slipped through the net of Portuguese investigators, court documents and witness testimony suggest. Christian B, as…