A Lib Dem MP considered one of the potential front-runners to succeed Sir Vince Cable as leader has revealed she will not be standing.

Layla Moran said she would not be able to serve her constituents to the best of her ability while also carrying out the role of party leader.

She said it was “totally wrong” to suggest the decision had anything to do with a 2013 incident which saw police get involved following a row between her and her then-boyfriend.

Ms Moran, who has been MP for Oxford West and Abingdon since 2017, admitted slapping him at a party conference.

Both of them were arrested, although charges were subsequently dropped.

In a statement posted on Twitter earlier this year, she said: “I totally get that some people may have an interest in this, but I hope they can understand that for us this was a personal moment and we have both moved on and forgiven each other for the events of that Saturday morning.”

Announcing her decision not to stand for leader, Ms Moran said: “I am very grateful to the large number of constituents, supporters, party members and elected representatives who have encouraged me to throw my hat into the ring in the forthcoming Liberal Democrat leadership contest.

“As a relatively new MP, however, my first priority has to be to serve my constituents to the best of my ability.

“I hope they consider that I am doing a good job so far, but I do not believe that I would be able to continue to do so to the standard they have the right to expect if I took on the busy role of party leader as well.

“For this reason, I wrote to local party members last week to let them know that I would not be standing for the leadership this time.” 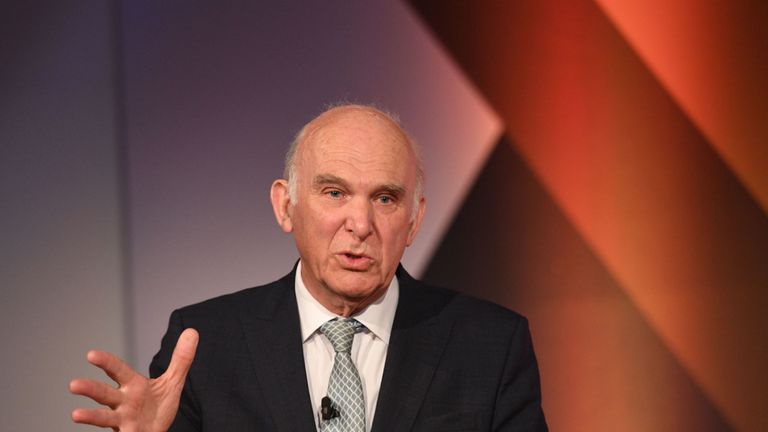 Sir Vince, who has been in the role since 2017, has promised to stand down this month.

The Lib Dems, who currently have 11 MPs, are searching for their fourth leader in four years.

The party experienced an electoral backlash after going into government with the Tories under Nick Clegg, seeing their number of MPs reduce from 57 in 2010 to just eight five years later.

Sir Vince was one of the 48 Lib Dems to lose their seats, but he regained Twickenham two years later.