Business minister Greg Hands attacked the Scottish Government’s plans for breaking away from the UK in the House of Commons. He suggested Scottish First Minister Nicola Sturgeon would leave the country at the behest of Russia.

Responding to a question from Labour MP Fleur Anderson, Mr Hands warned of “the impact that the SNP would have on energy policy”.

“It’s hard to see where they think they are going to get their energy from in the event of independence.

“Perhaps they have some kind of idea of a future deal with Vladimir Putin.” 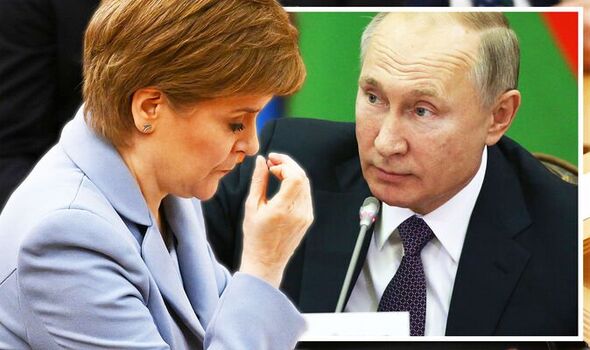 Ms Anderson had warned important issues in Scotland including “the environment, the cost-of-living crisis, kick-starting the economy, upgrading the health service have taken a back seat” due to Ms Sturgeon’s plans to hold a new independence referendum next year.

However, Ms Sturgeon has previously said there is a need to “accelerate” the transition to green energy in order to reduce reliance on Russian energy.

She told BBC Radio 4 in March: “For the UK, the dependency on Russian oil and gas is much, much, much less than it is for Europe and for many other countries.

“What I think it means is that we need to yes, consider short-term actions but actually the real lesson of this in terms of removing dependency on Russian oil and gas is accelerating the green transition.

DON’T MISS:
Raab REJECTS Indy demands – ‘Don’t have the RIGHT! We are the people!’ [REACTION]
Have Your Say: Should Boris let Sturgeon have IndyRef2? [GET INVOLVED]
SNP deputy confronted over wish to quit biggest market – ‘Why do that!?’ [WATCH] 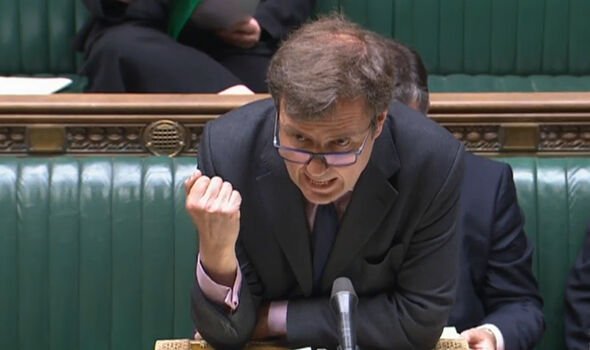 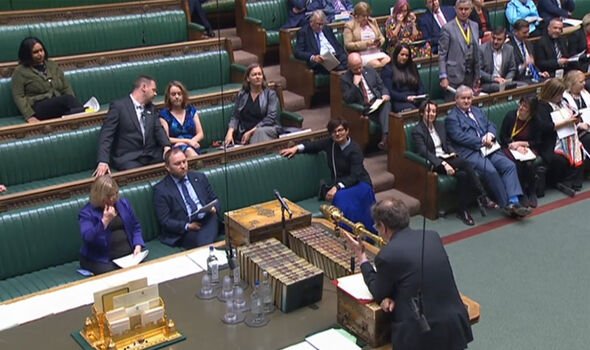 “So for Scotland, the big imperative for environmental reasons but also I think now for geo-security reasons, is to make sure we are moving to renewable, low-carbon sources of energy even more quickly than we had previously planned.”

Yesterday, the Scottish First Minister confirmed she was preparing to ballot the country on her plans to rip up the UK on October 19, 2023.

In a statement at the Holyrood parliament, she insisted “now is the time for independence”.

She added: “With hard work and the independence to chart our own course, Scotland will prosper, and the people of Scotland have told us, all of us in this chamber, that they want the right to decide.” 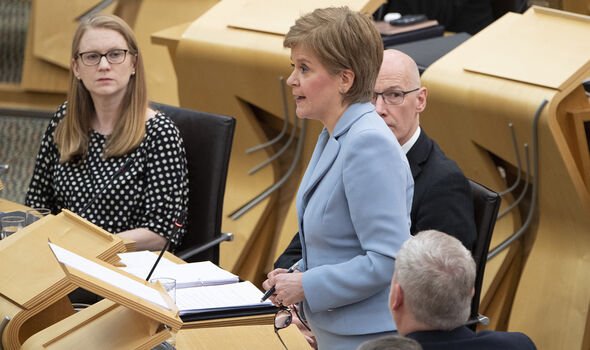 The fresh push for independence comes less than a decade after Scotland rejected the SNP’s vision.

Ms Sturgeon is yet to explain the SNP’s energy policy if a vote was held and Scotland left the UK.

The SNP is opposed to nuclear energy and has agreed to reduce its use of North Sea oil and gas going forward.

Ms Sturgeon wants Scotland to be net zero on carbon emissions by 2045.

Boris Johnson has led international efforts in reducing reliance on Russian energy since the outbreak of the Ukraine war.