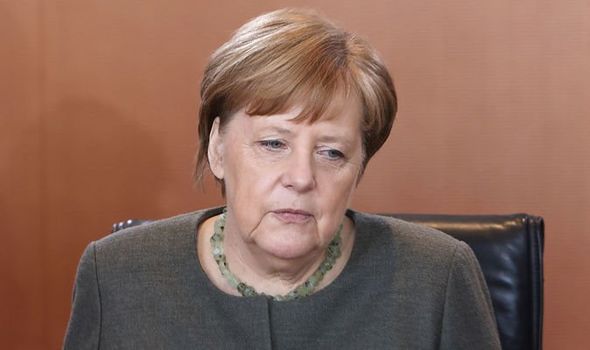 National German publication n-tv undertook a poll asking readers their opinions on Mrs Merkel’s party, with results showing they have suffered an approval rating under 30 percent for four weeks in a row. Just 28 percent of the publication’s readers would vote for Mrs Merkel’s party, though the results are catastrophically low across the board in Germany. The Green party was at 19 percent, followed by the Social Democrats and the right-wing Alternative for Germany (AfD) scooped 13 points – up one since last year’s poll.

The Liberals are at nine percent.

Up to 23 percent of voters ticked the ‘undecided box’.

The slump comes after Annegret Kramp-Karrenbauer was elected CDU chief in December, as before then the party had an approval rating of 36 percent.

In another poll on the website, 21 percent of Germans said they trusted the Chancellor when it came to dealing with problems in Berlin.

This is four percentage points down when the same question was asked in a poll conducted in January this year.

The results of the poll comes after European Commission head Jean-Claude Juncker said Mrs Merkel was “highly qualified” to join the EU office after she steps down was Chancellor in 2021.

His comments fuelled speculation she may move to EU politics after her time as Chancellor is up.

Praising her, Mr Juncker said: “She is not only a respected person, but a lovable work of art.” 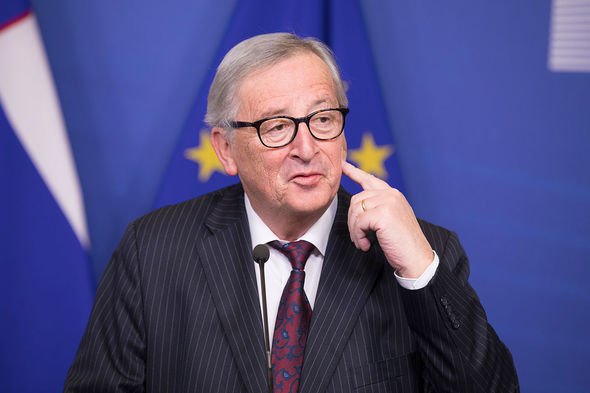 Mr Juncker also said that Mrs Merkel will make more of an impact until the end of her electoral period in 2021.

In October of last year, the veteran Chancellor announced that she would gradually withdraw from politics.

Therefore the current fourth term will be her last.

Ms Kramp-Kartenbauer is seen as the main contender for the chancellorship.

Mrs Merkel is not due to take part in campaigning for next month’s European parliament elections or the German regional elections later this year.