HELENA, Montana (Reuters) – Democratic Governor Steve Bullock of Montana jumped into the 2020 presidential race on Tuesday, touting his ability to work with Republicans and promising to make campaign finance reform a signature issue. 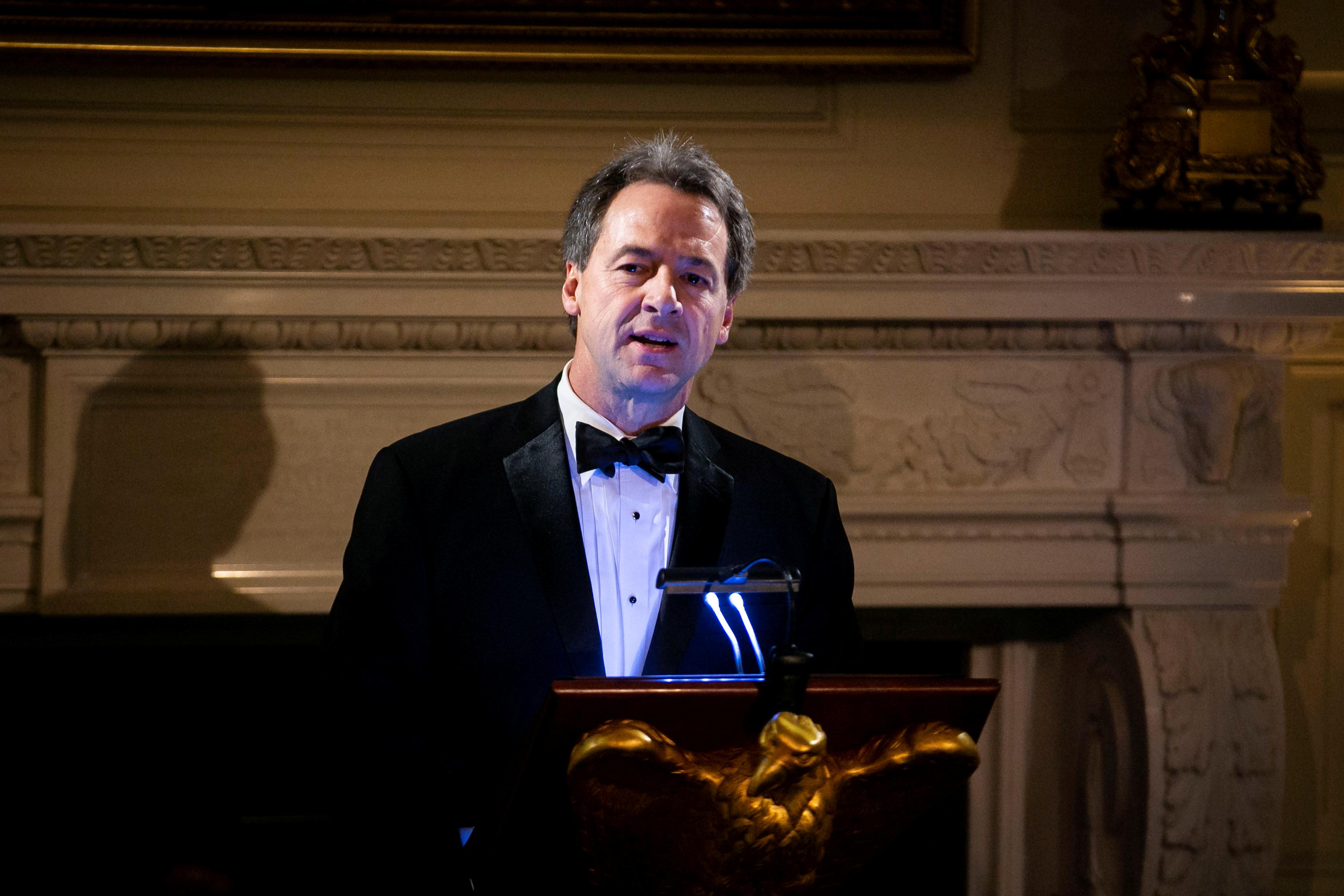 Bullock, 53, won re-election in conservative Montana in 2016, making him the only one of the more than 20 major Democratic presidential candidates to win statewide election in a state that President Donald Trump carried in 2016.

As Democrats gauge the electability of the party’s White House contenders, Bullock hopes his 2016 victory will show that he can broaden the party’s appeal to moderate and rural voters beyond its coastal strongholds.

“As a Democratic governor of a state that Trump won by 20 points, I don’t have the luxury of just talking to people who agree with me,” Bullock said in a video announcement of his candidacy. “I go all across our state’s 147,000 square miles and look for common ground to get things done.”

Still a relative unknown nationally, Bullock has barely registered in opinion polls and will face a stiff challenge competing with the support and fundraising ability of higher-profile party rivals such as former Vice President Joe Biden and Senators Bernie Sanders of Vermont, Kamala Harris of California and Elizabeth Warren of Massachusetts.

Bullock presents himself as a potential unifier in a party torn between those who prefer a pragmatist who can appeal to moderates and independents, and those who want a fresh face who can energize the party’s increasingly diverse and left-leaning voters.

He pointed to his successes as governor in Montana, where Republicans control the state legislature, and his ability to forge compromises on bills to expand Medicare, increase campaign finance disclosures, bolster pay equity for women and protect public lands.

Bullock has made campaign finance reform a cornerstone of his agenda as governor, filing a lawsuit against the Internal Revenue Service in 2018 over its decision to loosen disclosure requirements for “dark money” groups that under federal law do not have to disclose donors. A court hearing is scheduled in June.

Bullock also signed an executive order requiring many state government contractors to report political donations, including those to such groups, and worked with members of both parties to pass a bill requiring disclosure of donors to independent groups spending money on state-level elections.

“I was able to bring Democrats and Republicans together to fight dark money and pass one of the strongest campaign finance laws in the country,” Bullock said in the announcement video.

The son of a single mother, Bullock worked his way through college and took out loans to finish law school. He served as Montana’s attorney general before being elected to his first term as governor in 2012.

When he won re-election in 2016, he captured 13 counties in Montana, more than twice the number Democratic presidential nominee Hillary Clinton carried.

He has traveled frequently to early voting states such as Iowa and New Hampshire in the last year to lay the groundwork for a campaign, but he had promised to wait until Montana’s legislative session ended to make his plans for the White House known. The Montana legislature adjourned in late April.