SACRAMENTO, Calif. (Reuters) – Democrat Gavin Newsom will be sworn in as California’s 40th governor on Monday, cementing the dominance of his party’s progressive wing and ushering in a leftward shift that could give the most populous U.S. state an even greater role as a counterweight to the policies of Republican President Donald Trump. 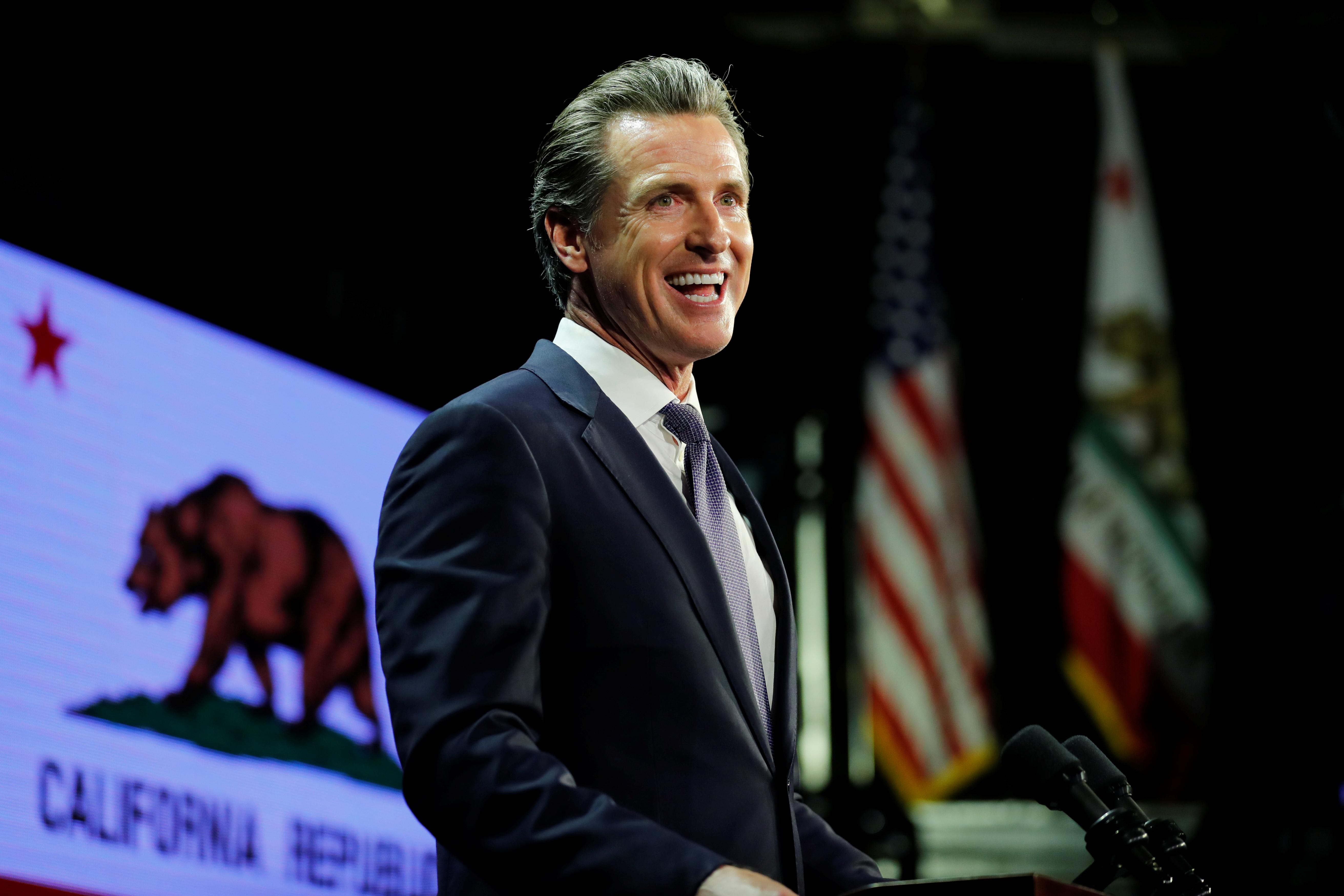 Newsom, who led efforts to legalize same-sex marriage and was the political force behind the state’s decision to legalize marijuana, sweeps into office with a three-fourths Democratic majority in the state legislature, dominance that could make the state a bellwether as the national party jockeys to find a candidate to run against Trump in 2020.

“Californians will be looking to Governor Newsom to provide leadership in areas where there are differences in policy between California and Washington, areas like immigration, environment and health,” said Mark Baldassare, president of the Public Policy Institute of California, a nonpartisan polling and analysis think tank.

In 2004, he ordered the city-county clerk of San Francisco to issue marriage licenses to same-sex couples, sparking legal battles and cultural change that eventually led to a U.S. Supreme Court decision establishing same-sex marriage throughout the United States.

Although he is socially liberal and economically progressive, Newsom is well-off and not anti-business. A businessman before entering politics, Newsom founded the PlumpJack group of wine shops, cafes and hotels with Getty Oil heir and composer Gordon Getty, a family friend.

His successful ballot initiative to legalize recreational marijuana use in 2016 took into account the needs of businesses and farms seeking to develop a legitimate marketplace for cannabis, while also recognizing that the state government would benefit from taxing it.

Newsom takes the helm following the unprecedented fourth term of Democrat Jerry Brown, who righted the state’s finances and held the state’s Democrats to a fiscally prudent, center-left course.

The new governor has already staked out some positions in opposition to the Trump Administration. Last year, as Lt. Governor and chair of the State Lands Commission, Newsom vowed to block the administration’s proposal to expand offshore drilling in California and other states.

“I am resolved that not a single drop from Trump’s new oil plan ever makes landfall in California,” Newsom said in February, backing a plan by the commission to ban oil from any new offshore leases from moving through pipelines in the state.

Gun rights advocates are bracing for an onslaught of new regulations under Newsom’s administration, noting that in 2016 he backed a successful ballot initiative tightening gun control laws.