Nicola Sturgeon says the last year has ‘tested her’

Scottish Lib Dem leader Willie Rennie tore into Nicola Sturgeon for not using her power to address issues such as child poverty but instead used it to focus on Scottish independence. Mr Rennie clashed with the First Minister during the BBC Scottish Leaders’ Debate stating her focus on independence was not as easy as she was making out. Mr Rennie said Ms Sturgeon was causing divisions within Scotland in her pursuit of independence during a firey attack.

Mr Rennie told Ms Sturgeon in a scathing rant on Scottish child poverty: “You had an opportunity to take control of social security powers but you handed them back.

“You delayed the implementation of it by years and you would have dealt with this earlier.

“So when you get the powers, you do not use them and that’s the trouble with this government.

“[It’s] focused on the whole constitutional issue and you make it sound as if we can just get independence just like that.

“But we know it will be a long and divisive argument.

“We’ve seen the arguments over the last few weeks with Alex Salmond over these issues – it’s going to get better.

“It’s going to be divisive and it will last for years just like Brexit.” 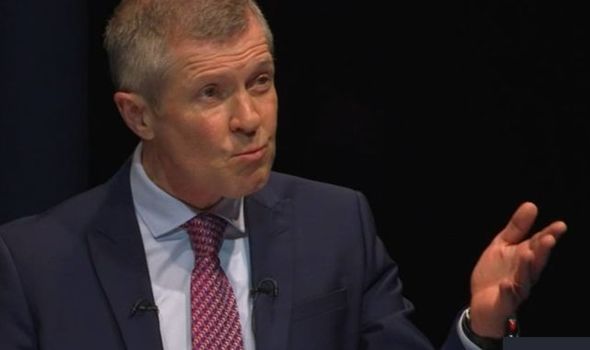 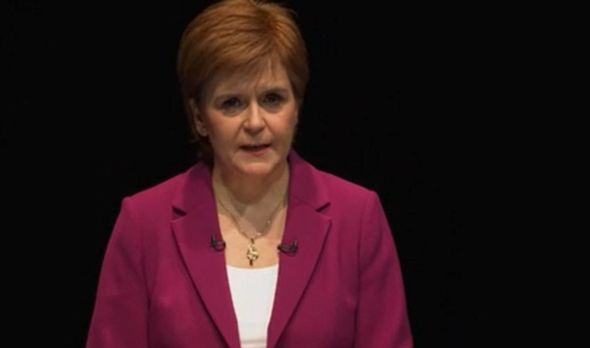 The row began when an audience member asked Ms Sturgeon why she was not focusing on the pandemic and focused more on independence.

“But as we come out of this crisis and focus on recovery, the country you are trying to rebuild depends on the decisions Government takes.

“As long as decisions lie in the hands of Boris Johnson and many at Westminster, the danger is we taker the wrong decisions, just as we have been dragged out of the EU against our will.

“Every day, my focus is now on Covid, part of our economic recovery has to be tackling poverty.” 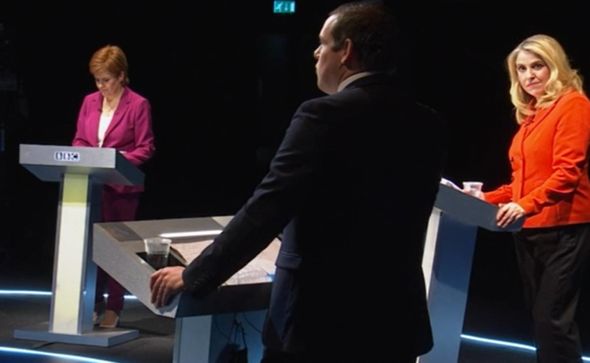 Former First Minister Alex Salmond announced his new pro-independence political party Alba and hopes to increase the number of independent supporting MSPs in Holyrood after the May 6 elections.

Mr Salmond is only fielding candidates for regional lists – an area the SNP typically do not secure seats in – and hopes SNP supporters will give him their vote rather than “wasting” it to the electoral system.

Despite the fanfare, Mr Salmond was not at the BBC debate as the broadcaster only invited the five largest parties to take part.