Nicola Sturgeon should brace for a comeback of the Scottish Conservatives ahead of the 2021 Scottish election once a new party leader is selected, former Government adviser Ramsay Jones suggested. Scottish Tories leader Jackson Carlaw on Thursday announced he would step down five months into his mandate as he claimed he is not the right person to lead the party to the election. But Mr Jones warned the move could soon spark a “major revival” of the Conservative Party in Scotland.

Speaking to the Today programme, ther former adviser said: “I genuinely wouldn’t put that much emphasis on this being something planned and plotted in England by the Prime Minister and others.

“It is right and proper that senior figures, as COVID restrictions are lifted, are out and about through the United Kingdom.

“That should be the norm. I think yes, there is a big realisation that next April is fast approaching, the polls have moved in favour of independence.

JUST IN: Nicola Sturgeon’s ‘eye watering’ plan to give Scots up to £6,000 a year for FREE 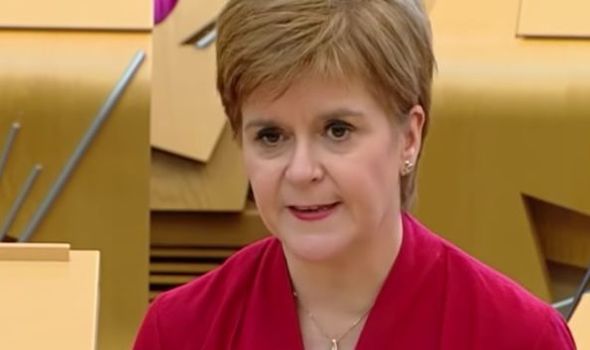 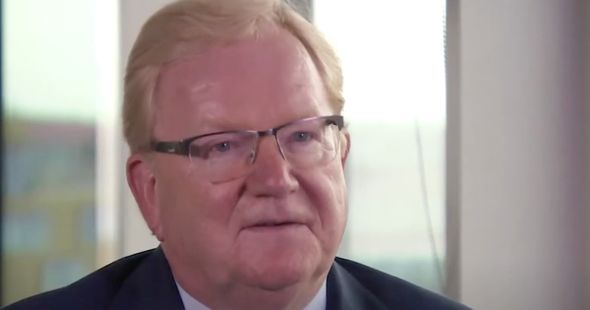 Mr Jones continued: “It was Jackson who decided, ‘well, I could be part of kickstarting that change.’

“And if it is Douglas Ross, who many people last night suggested could be a contender, then somebody genuinely fresh and exciting will come on the scene.

“It could be a major revival of the fortunes of the party here.”

Mr Ross, the Scottish Conservative MP for Moray, has been named as a potential candidate. 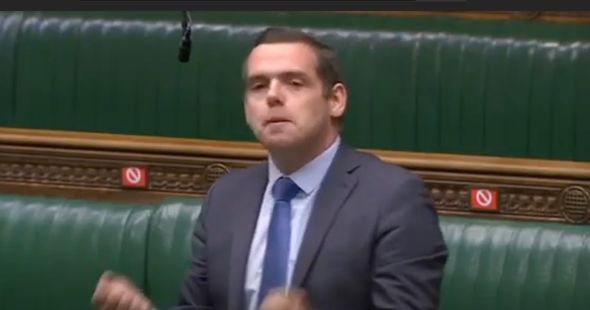 A party insider said: “Douglas is the stand out talent in the party.”

Prime Minister Boris Johnson praised Mr Carlaw as a “tremendous servant” to both the party and the union for his work through the past four decades.

Mr Johnson said: “As an activist, deputy chairman, deputy leader and leader, he has given his all and deserves our thanks for his efforts.

“It is a mark of his commitment to the cause that he chooses to stand aside at this time and I offer my best wishes to him, Wynne and the family.”

Announcing his decision, Mr Carlaw said he had been considering stepping down for months and concluded the party would require a “younger and fresher voice” to secure the unity of the UK.

He said: “Nothing is more important to me than making the case for Scotland’s place in the United Kingdom.

“I believe the Scottish Conservative and Unionist party is the most important voice in Scotland for setting out that positive argument. I am clear that nothing must get in the way of doing so.

“In the last few weeks, I have reached a simple if painful conclusion – that I am not, in the present circumstances, the person best placed to lead that case over these next vital months in Scottish politics prior to the Holyrood elections.”