1. What is lettings relief?

Answer: A policy which reduces the amount of capital gains tax payable on the sale of a property that was used as the taxpayer’s main residence at some point, and has also been let as residential accommodation.

Why are people googling this? Mr Hammond announced that from 2020 the government will limit lettings relief to properties where the owner is in shared occupancy with the tenant, and reduce the final period exemption from 18 months to nine months.

Answer: The Office for Budget Responsibility. It provides independent analysis of the UK’s public finances.

Why are people googling this? The chancellor referenced the OBR several times in his budget speech, using its forecasting figures as a basis for many of his announcements – including increasing the personal tax allowance.

3. How much have cigarettes gone up in the budget?

Answer: The price of tobacco will rise at the rate of inflation plus 2%, Mr Hammond announced.

He has also increased the personal tax allowance, meaning people will not have to pay tax on the first £12,500 of their salary from April 2019.

He announced the government will give the low pay commission a new remit for national minimum wage rates beyond 2020, to be confirmed at next year’s budget. 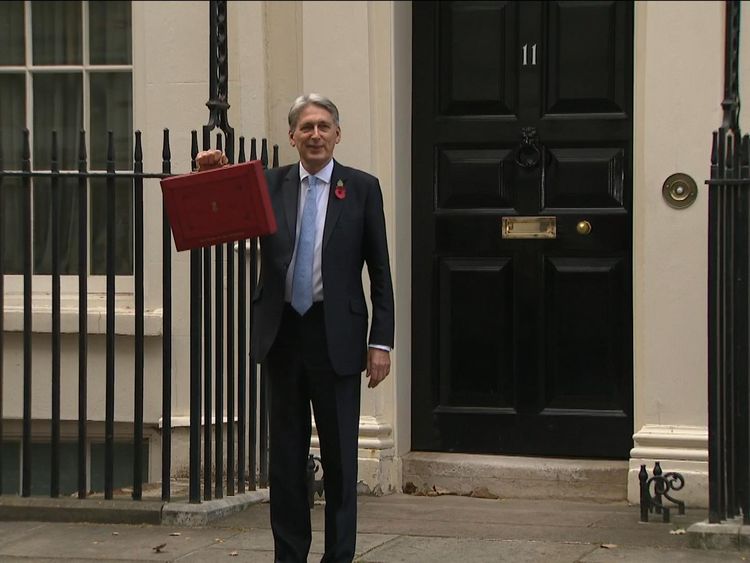 Why are people googling this? Mr Hammond said the government is scrapping PFI contracts, ending a “Labour legacy”.

6. What is the VAT threshold?

Answer: The current Value Added Tax (VAT) registration threshold is £85,000, meaning that if your business’ annual turnover exceeds that number you must register for VAT to be added to products and services.

The tax is the third-largest source of government revenue, after income tax and national insurance.

Why are people googling this? Mr Hammond said he will leave the threshold unchanged for a further two years.

But he added that he is exploring options to address the “cliff edge effect” of VAT registration. 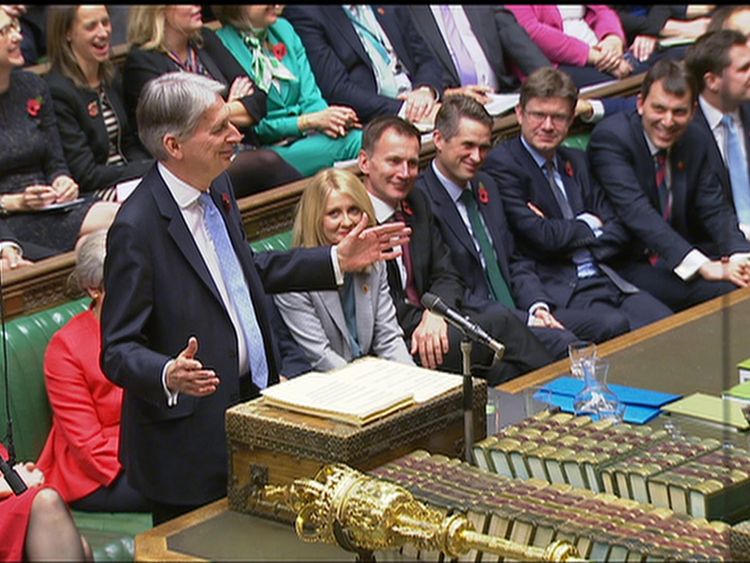 7. What the budget means for you?

Answer: Read about all the key budget announcements here to find out.

Answer: Policies that have been put in place to reduce government debt through spending cuts, tax increases or a combination of both.

Why are people googling this? Mr Hammond announced that “austerity is finally coming to an end”.

But he said that “discipline will remain” to ensure Britain can “go forwards, not backwards and work together to build a Britain we can all be proud of”.

Labour leader Jeremy Corbyn called the budget a “broken promise” and claimed that austerity is “grinding on”.

Answer: To avoid clashing with Halloween, which is on Wednesday.

Mr Hammond joked that holding it on Monday would avoid the inevitable headline puns which would accompany the two happening on the same day.

It also means there will be no clashes with the final month of Brexit negotiations in November.

Why are people googling this? Since 1962 the budget has been delivered on a Wednesday.