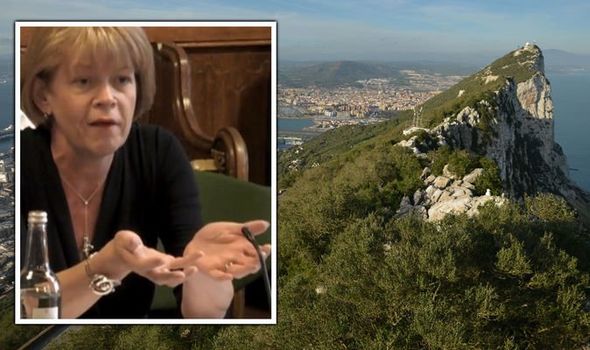 Both the UK and Brussels have published their negotiating mandates ahead of discussions over a trade pact.

When the European Commission published its plan in July, ministers told the bloc to “think again”, arguing it was seeking to undermine British sovereignty over the territory.

Today the Government reaffirmed its position, warning it would not budge on the sovereignty of the Rock.

“Our position on sovereignty will remain unchanged.

“We will not discuss or agree any proposals that compromise our sovereignty,” foreign office minister Wendy Morton told MPs.

Speaking to the European Scrutiny Committee, the Aldridge-Brownhills MP said the UK and Gibraltar were aligned in their aims for negotiations.

She said: “In March we had the UK Gibraltar joint ministerial council and a statement was then issued, agreed between the then Foreign Secretary and chief minister Picardo, which very much agreed a joint approach to the negotiations moving forward.”

The minister added: “We are committed to now delivering a treaty that safeguards the UK’s sovereignty of Gibraltar but also supports the prosperity of Gibraltar and the surrounding region.”

The Rock was not agreed in the UK-EU comprehensive trade deal struck last December.

At the insistence of Brussels, an agreement on trade with Gibraltar would need to be brokered separately.