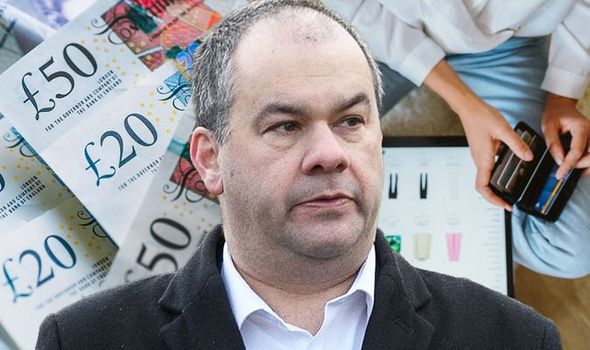 Business Minister Paul Scully said the Treasury is exploring the measure in response to an explosion in internet shopping.

He said making mammoth online firms like Amazon pay their “fair share” is a key part of the Chancellor’s fundamental business rates review which is due to be published this Autumn.

Speaking at the Conservatives Party Conference in Manchester Mr Scully said: “At the moment online businesses use their accountants and lawyers to move their money around the world and we’ve got to make sure they’re paying their fair whack here in the UK to pay back to the community.”

And he suggested significant changes to the business rates system are in the offing.

“Business rates are a very big, singular tax take for the Chancellor. They are very predictable and are a very easy thing for the government to sit on.

“But we don’t want to just sit on the normal. We want to look at the future to ensure that our tax system is fit for the 21st century.

“We’ve got the fundamental business rates review that is due to report in the Autumn. I hope it’s as fundamental as it says on the tin.

“Businesses are charged on their profit not their square footage so a better balance would be far more sensible.”

Mr Scully’s remarks, at a fringe event run by the Taxpayers Alliance about saving the UK high street, adds further weight to the Daily Express Save Our High Streets Crusade.

They come a fortnight after Boris Johnson told Amazon boss Jeff Bezos , the company must “pay its fair share” of tax in the UK.

But Nick Lakin, Group Director of Corporate Affairs at Kingfisher plc, told delegates at the fringe that the company only pays £60 million in business rates here.

By contrast B&Q and Screwfix have a turnover of £5.5 billion but pay £140 million in business rates.

“If the current system continues there will be fewer physical shops in our communities and the knock-on impact on jobs,” he said.

“Four in five say it is likely they will close shops if the business rates burden is not reduced.

“We need to reduce the discrepancy between physical and online retail. We recommend restoring the shops tax back to – 35p in the pound from its current level of 50p.

“Do that and at the same time introduce an online sales delivery tax of 50p per delivery.

“This would shore up finances for the future with an environmentally sound policy which stops Amazon sending large empty boxes every time people order one item.

“And it gives physical retailers the chance to compete with online only players on a level playing field.”

Last year 350 billion deliveries were made in the UK. That number is expected to double by 2026.

“That’s a lot of deliveries and if you put a small charge on each of those that’s actually a minor burden you are placing across consumers for the cost of improving your high streets and retail parks,” Mr Lakin added.

Jake Berry, chairman of the Northern Research Group of Conservative MPs, called on the government to act swiftly.

“Let’s be absolutely clear, online retailers are not paying their fair share of tax. If we really believe that an online sales tax is a valid way of capturing the digital economy, with deliveries set to double within the next three years, then we should act.

“It’s only by having an online sales tax that we can, to some extent, unburden bricks and mortar business rates.

“We have to fill that gap that is currently filled by people paying business rates. Business rates are an analogue tax and we live in a digital age and unless we move to reflect that then there’s no hope for our high streets. How long as a country and a government are we prepared to tolerate online retailers not paying their fair share and if they think that’s wrong, when are we going to act?”

Paul Wilson of the Federation of Small Businesses urged an extension of small business rates relief.

“We are arguing that small business rates relief must be expanded in this review. The threshold is £12,000 – we’re arguing it should be £25,000 – that would take 200,000 small businesses out of the business rates system, allow them to survive and potentially thrive,” he Last week Tory MPs urged Mr Sunak to kickstart a high street boom by lopping at least 20 percent off business rates – to levels last seen in the 1990s.

Business rates typically put £30billion a year in Government coffers. A 20 percent cut will return about £6billion to retailers.