(Reuters) – Democratic presidential candidate Beto O’Rourke will hold campaign rallies on Saturday in his home state of Texas, where he faces far different challenges in the 2020 race from those of his underdog U.S. Senate run in 2018. 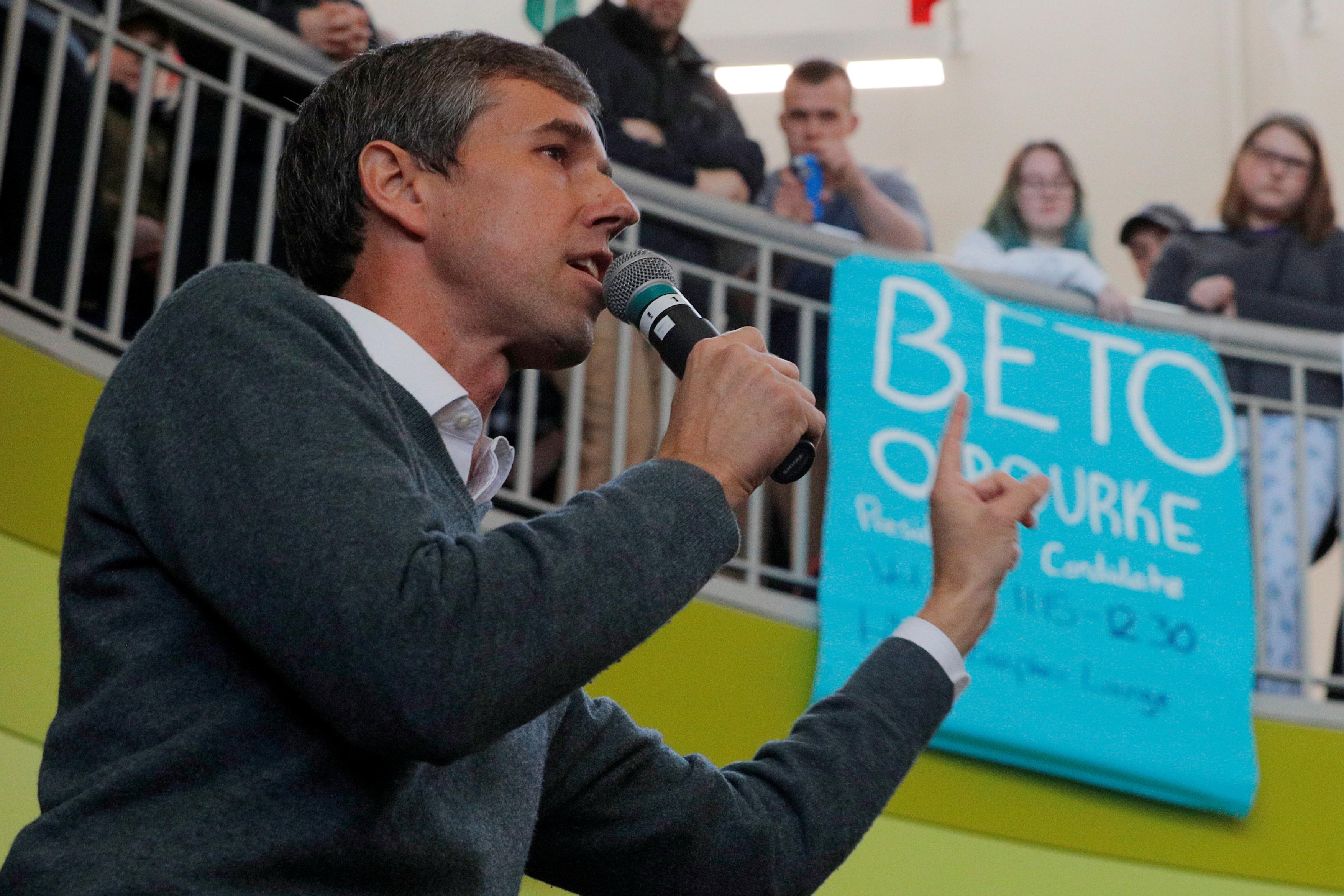 O’Rourke’s campaign hopes the former congressman’s personal ties to delegate-rich Texas give him a critical early boost in the large Democratic field fighting for the party’s nomination to challenge Republican President Donald Trump.

But the primary is hardly a lock for the native son.

In the unexpectedly close race against incumbent Republican Senator Ted Cruz that earned O’Rourke national prominence last year, he was the lone Democrat competing against a Republican figure reviled by Democrats nationally.

Now, O’Rourke, 46, faces a diverse slate of accomplished and well-funded rivals hunting for the same votes, especially among the state’s African-American and Hispanic communities.

“It’s a much different animal this time,” said Colin Strother, a Texas-based Democratic strategist who has worked on state and federal races but is unaffiliated with a 2020 presidential campaign.

“He’s going to have rivals who are women candidates, women of color, male candidates of color, policy experts. He can’t campaign on the nostalgia of nearly beating Ted Cruz.”

Texas is a big prize in the Democratic presidential nominating battle. The state is one of many holding primary votes on “Super Tuesday” on March 3. California moved its primary up to that date, giving more influence to minority voters in the country’s two most populous states than in recent election cycles.

There are a combined 82 delegates up for grabs in predominately white Iowa and New Hampshire, the first two states to vote, according to the Democratic National Committee, which oversees the nominating contest.

Texas and California have a combined 757. To become the nominee, a candidate must accumulate 1,885 delegates.

Democratic rival Kamala Harris, a U.S. senator from California and the daughter of immigrants from Jamaica and India, has made clear she intends to compete in Texas. Last week, her event at a historically black college in Houston drew a large crowd of blacks, Hispanics and whites.

Texas is also home to Julian Castro, another presidential contender who served as mayor of San Antonio. Castro, who is Hispanic, has received support from three dozen elected and appointed Democrats from across Texas.

O’Rourke’s campaign did not respond to an email requesting comment about the Texas primary.

O’Rourke, who launched his White House campaign on March 14, returns to Texas after barnstorming early voting states including Iowa, New Hampshire, South Carolina and Nevada. He will hold rallies on Saturday in his hometown of El Paso, as well as Houston and Austin.

His campaign said more than 1,000 watch parties were being held across the country to view the events via livestream.

Juan Carlos Huerta, professor of political science at Texas A&M University-Corpus Christi, said O’Rourke had an advantage in the Texas primary thanks to his statewide network and fundraising prowess.

O’Rourke smashed fundraising records as a Senate candidate and raised $6.1 million in the first 24 hours of his presidential campaign, the largest first-day haul of any announced candidate this year.

Some Democratic strategists said O’Rourke did not campaign hard enough to win the support of minority voters in his last contest and would have to work to change the perception that he took them for granted.

Ernest Bromley, managing director of Pescador Public Strategies, a political messaging firm targeting Latinos, said O’Rourke had ground to make up after underperforming with Latino voters, particularly along the border with Mexico.

“He went to the large Hispanic counties, the border counties, and he would do these big rallies. And then he’d leave,” Bromley said, adding there was no sustained effort to turn out the Latino vote on Election Day.

“Last year, I think O’Rourke could have done much better with ethnic voters,” Bromley said. “The candidates that do focus on the ethnic vote in 2020 will do well in Texas. It’s going to be really interesting.”