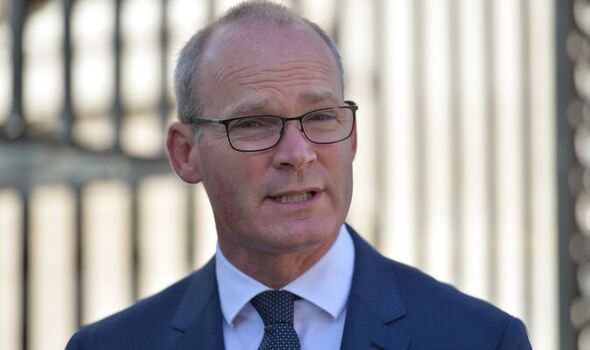 Simon Coveney was delivering the keynote speech at the Building Common Ground event organised by the John and Pat Hume Foundation at the Houban Centre when he was abruptly pulled off stage.

An organiser said a suspect device was discovered in the car park of the venue.

Tim Attwood, secretary of the Hume Foundation, said: “There is a security alert and the Police Service of Northern Ireland are currently assessing the situation.

“Everyone has had to evacuate the centre.”

UTV reported that a white van has been hijacked and the driver held at gun point with something put in the back and told to drive to the centre.

Police are at the scene and a cordon is in place.

People have been urged to avoid the area.

An event attendee told Belfast Live: “The event kicked off and all of a sudden Simon Coveney’s security came up and he left.

“A guy was outside who’d been badly shaken up who said that his van was hijacked and the van is in the car park now.

“A van was driven into the car park at the chapel grounds and police are all there now.”

A spokesperson for the PSNI said: “Police are currently in attendance of a security alert at the Crumlin Road area of North Belfast this morning.

“Motorists are advised to avoid the area and seek alternative main routes for their journey.”

The Building Common Ground event is part of a series of conversations to discuss relationships in Northern Ireland, the island of Ireland and the rest of the UK.