The Vote Leave mastermind who helped Boris Johnson secure his shock landslide in 2019 has fired a salvo of accusations against his former boss, accusing him of falling below the “standards of competence and integrity the country deserves”. The row threatens to overshadow the final days of campaigning ahead of the mega-elections on May 6, when Conservatives hope to hang onto knife-edge mayoral victories, make gains in the Scottish and Welsh parliaments and potentially take Hartlepool from Labour in the by-election. Mr Rees-Mogg said: “Dominic Cummings is among the historic ranks of formidably able politicians who undermine their own cause by taking too much pleasure from a row.”

The trading of accusations could drag on for weeks. Mr Cummings will take questions from MPs on May 26 and has also called for a parliamentary inquiry into the “government’s conduct over the Covid crisis” in which he would be “happy” to give evidence under oath.

It is understood at least six leadership teams set up for various ministers are ready to spring into action if Mr Johnson is forced out as a result of the Cummings fallout.

A member of one team told the Sunday Express: “We are all on standby now to see what happens on May 26. Cummings’s lines describing Boris as lacking in integrity and competence are shocking but more important is his apparent willingness to tell all to MPs at the health committee hearing as well as hand over hundreds of texts.

“He may be bitter but this can only be extremely damaging.”

A minister described the depth of unease, saying: “If you look at where we are – Brexit done, vaccine rollout, miles ahead in the polls – everything should feel comfortable. We should be looking forward to winning the next election.

“But underneath it all there is a deep feeling of insecurity and nobody is sure if the PM is in it for the long term.” 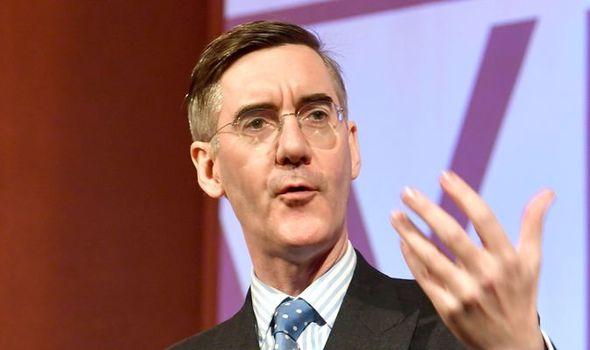 Another minister likened Cummings to “a rabid dog that has been let off the lead.”

Mr Cummings’s attack on Mr Johnson followed claims by a Downing St source that he had engaged in “systematic leaking”.

The former chief adviser shot back by claiming that Mr Johnson had suggested trying to stop a leak inquiry when he learned evidence indicated the culprit could be a best friend of his fiancée, Carrie Symonds. He says he told the PM that attempting to halt the inquiry would be “mad” and “totally unethical”.

Mr Cummings also claims he told Mr Johnson that having donors “secretly” pay for the renovation of his Downing St flat would be “unethical, foolish” and “possibly illegal”. He has volunteered to tell the Cabinet Secretary or the Electoral Commission what he knows on these matters.

Labour is now demanding a “full investigation” into the refurbishment of the flat.

There is widespread concern at the prospect of prolonged hostilities between Mr Cummings and the Government.

A former Government adviser described the anonymous briefing against Mr Cummings as “bizarre” and warned that if this was an attempt to intimidate him before he gives evidence to MPs it will backfire.

The source said: “If it was done to clip his wings I think it will have had the exact opposite effect.” 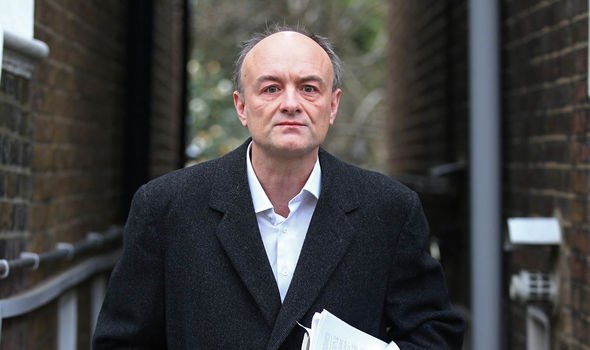 A Government source said they could not “possibly see how it’s wise to start a big fight over it”.

The public conflict between Downing St and Mr Cummings comes as past and present ministers face scrutiny over their links with lobbyists and business leaders.

A senior Whitehall source warned that, by commissioning a lawyer-led review which will look at the relationship between Australian businessman Lex Greensill and David Cameron, the Government has opened up “Pandora’s box.”

They said: “They’ve opened up a Pandora’s box which is now fundamentally looking like it is going to backfire on them. Senior ministers and their advisers are being dragged into it.

“It’s clearly a case of be careful what you wish for. It appears that Dominic Cummings has been emboldened and no-one knows where all this is going to end up and that should worry the government.”

A Government insider said it was “believable” that Mr Cummings would leak and described the former top aide as “bitter and bored at home”.

A former senior minister said: “I think he’s more than capable of leaking something to damage the Government… He is ruthless [and] it’s all about Dom, all about creating the Dom legend…

“He’s obtained such ogre proportions that perhaps the media world and the political world don’t view him objectively but he’s certainly capable of vindictiveness in relation to the prime minister and the government.”

Sir Bernard Ingham, who served as Margaret Thatcher’s chief press secretary, said the Cummings saga showed that “it’s all very well importing weirdos but they don’t know how to live with people.”

He added: “I don’t know if he is the source of the leaks but if he is he is only merely advertising his childishness.”

Mr Cummings has denied being the source for the BBC story which revealed texts exchanged between Mr Johnson and inventor Sir James Dyson; in these, the PM said he could “fix” tax issues affecting staff who came to the UK during the pandemic.

Mr Cummings also claims that Mr Johnson knows he did not leak the decision to put England into a second lockdown.

The leak triggered a hunt in Whitehall for the source of what Mr Cummings describes in his rebuttal on his blog as the “chatty rat story”. 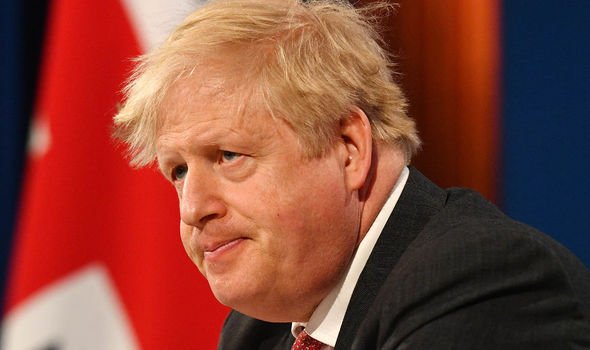 He claims Mr Johnson was told by the cabinet secretary that he was not responsible for the leak, and that “all the evidence definitely leads” to Henry Newman, then an aide to Michael Gove, and “others in that office”.

Mr Cummings states on his blog: “The PM was very upset about this. He said to me afterwards, ‘If Newman is confirmed as the leaker then I will have to fire him, and this will cause me very serious problems with Carrie as they’re best friends … [pause] perhaps we could get the Cabinet Secretary to stop the leak inquiry?’”

Allies of Mr Newman have hit back, insisting that back in November civil servants dismissed the idea that Mr Newman – who is now a senior Downing St aide – was singled out or that Mr Cummings had been exonerated. Allies also say that Mr Newman did not attend the meetings from which details were leaked.

Andrew Bridgen, a veteran Brexiteer and Conservative MP for North West Leicestershire, said that if Mr Cummings is responsible for leaking against the Government it “would appear hell hath no fury like an adviser scorned”.

Describing his behaviour in Government, he said: “He was so rude to me… He was just unpleasant.

“He was always swearing – not necessarily at me, but when every third word is the f-word or the s-word, I just don’t think that’s the way to get the best out of somebody…

“If it’s true, and he’s the source [of leaks], it is clear he only supported the Government while he was at the centre of it… It was all about him, wasn’t it?”