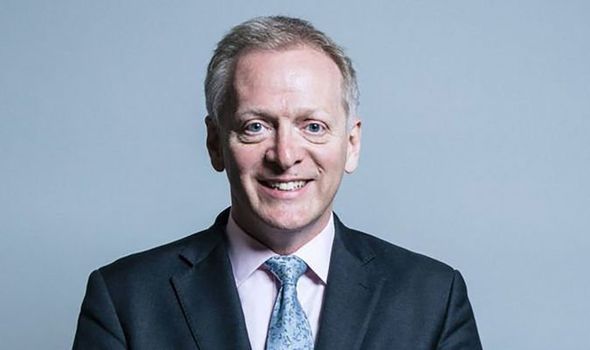 Phillip Lee, who quit the Government last year over its Brexit policy, said he “may or may not” decide to continue serving as a Tory MP for Bracknell. He is the second Conservative to lose such a vote, following former attorney general Dominic Grieve earlier this year.The Bracknell Conservative Association said in a statement on its website on Saturday: “Bracknell Conservative Association today held a special general meeting to discuss and vote on a motion of no confidence in Dr Phillip Lee, MP for Bracknell.

“After debate, the assembled members of the party voted and determined that they do not have confidence in the Member of Parliament.”

Dr Lee, writing on his website, said: “This vote of no confidence has been inspired by one issue – Brexit has divided our nation for three years and could lead to a complete realignment of our political parties.

“I have never been in any doubt that a majority of my Conservative Association’s membership have opposed my view on Brexit, mostly at the same time as agreeing with me that the Government’s Withdrawal Agreement would be bad for our country and should be rejected – as I have repeatedly done in Parliament.

“Rather, I am elected to represent the best interests of everyone in the Bracknell constituency – young and old, of every political persuasion and none, and including those of future generations who are still too young to vote.

“But one thing is for sure: we will not be forced into taking a decision one way or the other by this orchestrated, destructive campaign from outside the party that has done nothing but spread hatred, intimidation and distrust over a single issue. That is not the Conservative way; it is not the Bracknell way.

“Meanwhile, the people of the Bracknell constituency can rely on my absolute commitment to serving our area’s best interests in Parliament, without fear or favour, and then take into account my full record at the next general election.”

He tweeted: “Awful to see this happen to an independently minded and smart MP who has worked so hard for both his constituents and the Conservatives.

“We need to come together as a party if we are going to get through this.”