The official theme of the 2020 Republican National Convention may be “Honoring the Great American Story,” but the not-so-subtle narrative woven together throughout many ofthe prime time speeches this week sought to depict a dystopian version of reality, in which Democratic presidential nominee Joe Biden is running on a radical socialist agenda.

In fact, the long-time Senator and former vice president has a well-established record as a moderate Democrat, and has declined to endorse the Green New Deal and Medicare for All proposals backed by the more left-wing members of his party.

Yet, according to the narrative promoted throughout the Republican National Convention this week, “Democrats have chosen to go down the road to socialism,” as RNC chairwoman Ronna McDaniel declared.

During the first night alone, prime time speakers made at least 14 references to  “socialism” or “socialists,” based on a review of their prepared remarks, which also included 15 mentions of the term “radical,” as in “Biden’s radical leftwing policies,”  and President Trump’s efforts to “overcome the agenda of the radical left.”

Throughout the convention, many of the speakers derided the “radical left” and issued dire warnings against Biden’s alleged socialist agenda. But to really drive the point home, each night featured a speaker who offered their own personal experience of life in a socialist or communist country,  as a cautionary tale for Americans.

On Monday night, Florida businessman Maximo Alvarez,who came to the U.S. as an unaccompanied minor from Cuba in 1961, compared demands for police reform from progressive movements like Black Lives Matter to the promises of Fidel Castro’s communist revolution.

Similar sentiments were expressed on Tuesday night by Florida Lt. Governor Jeanette Nuñez, the daughter of Cuban immigrants. For her parents, she said, “the difficult decision to flee Communist Cuba came when the Castro regime abolished religious freedom.”

“The fabric of our Nation is in peril,” Nuñez warned, claiming that“Daily, the radical Left systematically chisels away at the freedoms we cherish. They peddle dangerous ideologies, cower to global progressives, and normalize socialism to dismantle our Constitution.”

“Let me assure you, socialism doesn’t offer opportunity,” she said. “Socialism deprives. It is a falsehood that feigns promises for its masses and consistently yields only misery.” 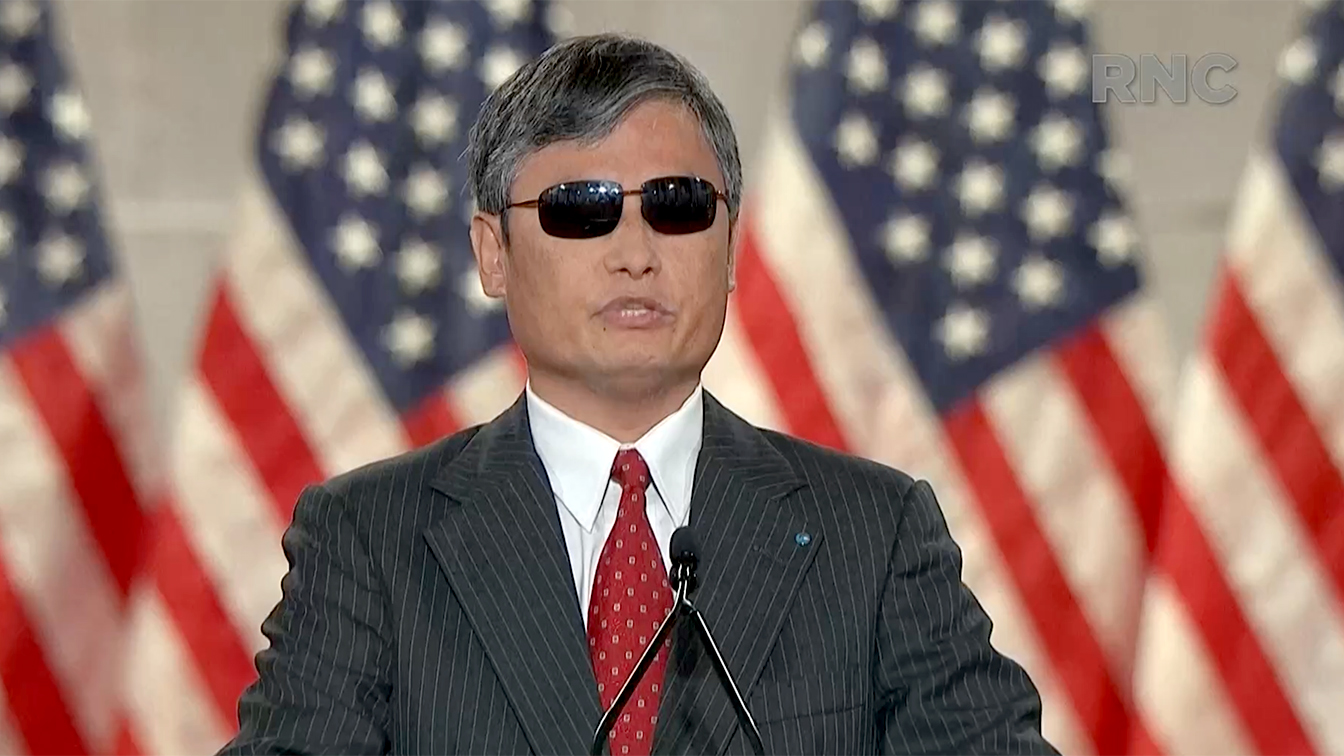 On Wednesday night, Chinese human rights activist Chen Guangcheng​ echoed the warnings about the dangers of communism, while also reiterating other common themes of the convention: blaming China for the coronavirus pandemic and portraying President Trump as the rare world leader willing to stand up to China’s authoritarianism.

“The Chinese Communist Party is an enemy of humanity,” said Guangcheng​, explaining how he fled government persecution in China after speaking out about the country’s one child policy. “It is terrorizing its own people and it is threatening the well-being of the world.”

“The coronavirus pandemic, originating in China  — and covered up by the [Chinese Communist Party] —  has caused mass death and social upheaval around the world. In the same way, the virus of the CCP is threatening the people of the world,” Guangcheng​ said. “The policy of appeasement of former administrations—including Obama and Biden—has allowed the CCP to infiltrate and corrode different aspects of the global community.”

Burgess Owens, a former NFL player running for Congress in Utah, even retroactively cast the Second World War as a fight against, yes, socialism.

“Mobs torch our cities while popular members of Congress promote the same socialism my father fought against in World War II,” he said on Wednesday night.

The only officially socialist nation in the world during World War II was the USSR (the “Union of Soviet Socialist Republics”), which was an ally of the United States. Germany was governed by the Nazi Party, formally the National Socialist German Workers’ Party, but the regime is typically described as fascist, a far-right ideology.