WASHINGTON — On election night, in the back room of an exclusive country club outside of Charlotte, N.C., Mark Harris, a pastor turned politician, gathered a small group of friends and advisers to pray as they waited for the results.

A longtime friend and fellow pastor, Mike Whitson, assured Mr. Harris, the Republican congressional candidate for North Carolina’s Ninth District, that “it was God who sets up kings” and that “God could be trusted with the outcome” of this race. Mr. Harris won by just 905 votes, and jubilation set in.

But now, a month later, the story of Mr. Harris’s path to victory appears far from a divine anointing.

In one of the most dramatic developments of the November elections, state-election officials have refused to certify Mr. Harris’s victory over Dan McCready, a Democrat, and are investigating potential voter fraud after questions emerged over irregular absentee ballot activity, allegedly involving a consultant hired to advance Mr. Harris’s campaign efforts. Congressional Democrats are calling for an emergency hearing. On Thursday, the executive director of the North Carolina Republican Party said he would be open to holding a new election.

The developments have turned the national spotlight onto a previously little known pastor, and onto the political ambitions of the Christian right that he represents. Mr. Harris’s race was one of the few House seats that the religious right targeted in the midterm elections, when they focused largely on increasing the Republican majority in the Senate.

The Christian right represents one of most influential voting blocs for President Trump and the Republican Party, and Mr. Harris represents their ideal candidate. He is a grass-roots culture warrior who gained local fame for his opposition to gay rights and for his support of a controversial so-called “bathroom bill.” He is seen as someone who would champion their political priorities in Washington.

Religious-right leaders are rallying around him, and are citing his commitment to faith as reason to dismiss the possibility that Mr. Harris could have done something wrong in the election. Mr. Whitson, the pastor who prayed with him on election night, calls the Board of Election’s decision to not certify the results not just “unfair,” but “criminal.”

“Mark is a man of deep convictions, he is a man of integrity, he walks with God,” Mr. Whitson said in a phone interview. He has been texting Mr. Harris spiritual encouragement that “this too shall pass.”

But outrage is growing among critics, not just at the questions of possible unethical or illegal activity, but also at the way they say Christianity is being used to cloak injustices in the state’s voting process.

“A person like Mark is once again the beneficiary of the racist policies of voter suppression and gerrymandering,” said the Rev. Dr. William J. Barber II, a prominent North Carolina pastor and a longtime former leader of the state’s N.A.A.C.P. 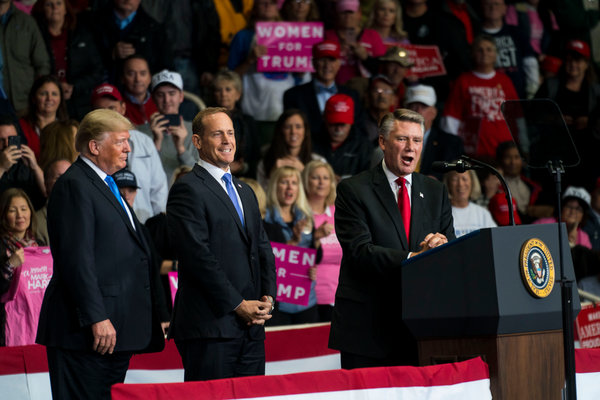 Mr. Harris, he said, cannot truly be described as “evangelical.”

“They hijacked that term to make what they are saying sound theological when it is really not,” Dr. Barber said. “He is clearly a Christian nationalist, extreme on his views.”

Mr. Harris, who declined to be interviewed for this article, has long framed his political ambitions in spiritual terms. Ever since he decided to run for office in 2014, “it was almost like, I don’t have a choice, I’ve got to obey what God was calling me to do,” Mr. Whitson recalled.

He earned a reputation as a compelling orator in his more than two decades in the pulpit. But his sermons were controversial, though not uncommon in Southern Baptist circles; he asserted that women should “submit” to their husbands and questioned whether it was the “healthiest pursuit” for women to have careers.

Around the time he became the pastor of First Baptist Church in Charlotte in 2005, Mr. Harris went to a conference sponsored by the conservative Family Research Council that urged pastors to pursue civic involvement. It was a turning point that steered him toward a role in politics, and he began to train “culture impact teams” across his state to encourage conservative pastors to get involved politically. He worked periodically on contract with the F.R.C.

In Charlotte, he often led groups of congregants to nearby government offices at City Hall to pray for and with local leaders.

“He’d walk across the street and come up with a group of members of his congregation and say, ‘How can we help you?’” said Pat McCrory, a Republican who, before serving as governor of North Carolina, was Charlotte’s mayor for 14 years.

He invited Republicans like Rick Santorum and Mike Huckabee to speak to his church (Mr. Huckabee, the former Arkansas governor, campaigned for Mr. Harris this fall). One Sunday after Tony Perkins, the president of F.R.C., preached at his church, Mr. Harris told him he wanted to run for office.

“As he got more involved, he saw more of the need,” Mr. Perkins said in a phone interview. “I told him I’d be supportive.”

Still, Mr. Harris’s decision to run for elected office — and to keep running — came as something of a stunner in Charlotte’s sometimes clubby political scene, particularly when he began to challenge United States Representative Robert Pittenger in Republican primaries.

After Mr. Harris ran for Senate in 2014 and lost to Thom Tillis, he challenged Mr. Pittenger in the House in 2016 and lost by 134 votes. This year, when he challenged the congressman again, he won the primary by 828 votes. That victory is also in question in the current investigation.

“I never knew he had interest in public office,” said Mr. McCrory, who lives in the Ninth District. “I was even more surprised when he kept doing it. The guy has been through the meat grinder in terms of losing close elections.”

Mr. Harris was hardly ever the favored candidate of the donors who fuel Republican politics in the Charlotte area. But he found support outside of North Carolina’s largest city, his brand bolstered by evangelical groups with great sway in the state.

“His chance to win was going to be through a grass-roots effort,” Mr. McCrory said.

Mr. Harris gained momentum among North Carolina’s conservative voters in 2012 when he championed an amendment to the state’s constitution to define marriage as only between a man and a woman, a move that was later ruled unconstitutional and overturned in court.

“Mark was a man who was willing to be bold and step up on the front lines and talk about biblical values,” said Tami Fitzgerald, the executive director of the North Carolina Values Coalition, a group that works with pastors across the state.

In 2016, he supported House Bill 2, a controversial state law that, in addition to removing anti-discrimination protections for lesbian, gay, bisexual and transgender people, required transgender people in public facilities to use the bathroom that corresponded with the sex stated on their birth certificate. That bill, too, was later repealed.

After a Charlotte police officer shot and killed Keith Lamont Scott in 2016, Mr. Harris went to the riots intending to defuse anger against the police, recalled his friend Leon Theatt, an African-American pastor in his district who joined him.

During this most recent election cycle, the legislative affiliate of the Family Research Council ran social media ads for Mr. Harris, distributed voter guides and sent its Values Bus to make multiple stops in support of him, including at President Trump’s rally for Mr. Harris in October. One of their Facebook ads urging voters to support Mr. Harris showed a “liberal vigilante” tackling and threatening white men.

Some progressive Christians in the state are also angered by Mr. Harris’s policy focus.

“He claims to be following the Bible, but he says very little about what Jesus said about policy toward the poor, the sick,” Dr. Barber said. “He is aligned with others who have tried to convince America that a moral agenda is simply being against gay people, being against abortion, for prayer in school, being for tax cuts for the wealthy, and for guns.”

Mr. Harris’s supporters are encouraging him to press onward.

Ms. Fitzgerald, from the Values Coalition, said she spoke with Mr. Harris last week, and they discussed the fraud allegations that have clouded his election.

“He was shocked, and just a little shaken, I guess, because it totally came out of left field,” she said.

Mr. Theatt believes Mr. Harris won the race “fair and square” and that he will ultimately be awarded the victory.

“It’s like a bad case of a stomach virus,” he said of the investigation. “You sometimes have to let it run its course.”