The plan’s total price tag came close to what the president has said he would consider, but it included only a fraction of the new spending he has requested. A compromise faces long odds.

“We are looking at today as a $928 billion package over eight years. It sticks to the core infrastructure features that we talked to initially. It’s a serious effort to try to reach a bipartisan agreement. The president said to me and us in February that he was really agnostic as to whether we passed a bunch of small bills or one large bill. And we’ve heard him say inaction is not an option for him. We’ve now passed two of the smaller — and actually the surface transportation hasn’t gone out of the full Senate yet — but it is a major anchor to this piece of legislation. And so I think that shows that there’s a real hunger for bipartisanship in the United States Senate. There’s a real ability to achieve that. And we’re hoping that this moves the ball forward.” “This is of substance and significance, what we’re bringing forth today. And it’s what people at home in Wyoming think of as infrastructure. It’s, you know, roads with potholes that need to be fixed.” 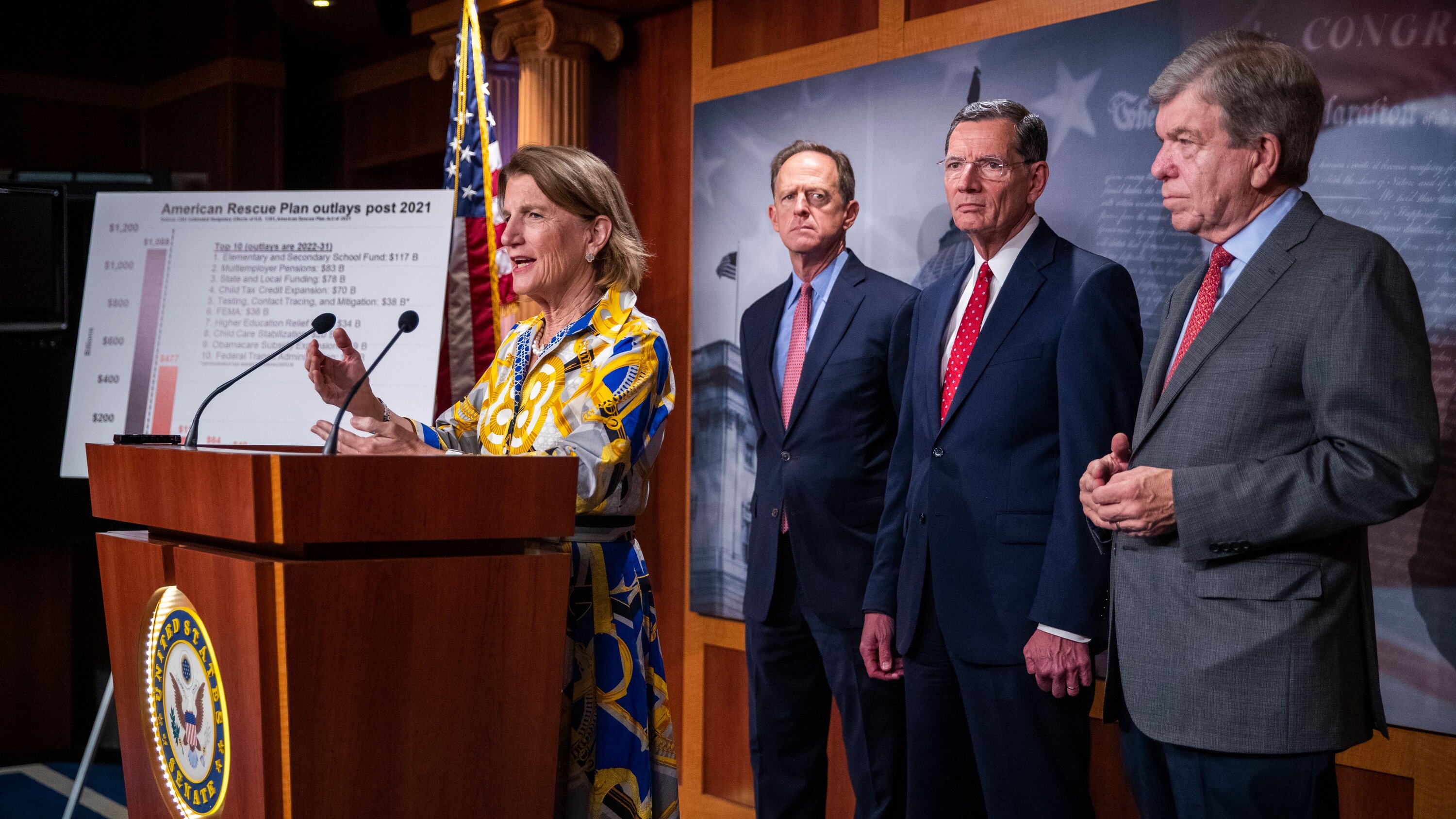 WASHINGTON — Senate Republicans countered President Biden’s latest $1.7 trillion infrastructure plan on Thursday with a blueprint to provide roughly $257 billion in new funding for roads, bridges and other public works projects, offering a small fraction of what Mr. Biden is seeking as negotiations on the package reach a critical stage.