Ms Davidson took to social media after John Swinney warned the Scottish government’s plans to get the country back on its feet were being were being “inhibited” by policies decided in Westminster.

But, heaven forbid, the SNP would never politicise the pandemic

She tweeted: “But, heaven forbid, the SNP would never politicise the pandemic.”

He told BBC Radio Scotland’s Good Morning Scotland programme: “There are a whole range of issues which are central to the economic and social recovery of the country post-COVID which the Scottish government can’t take forward.” 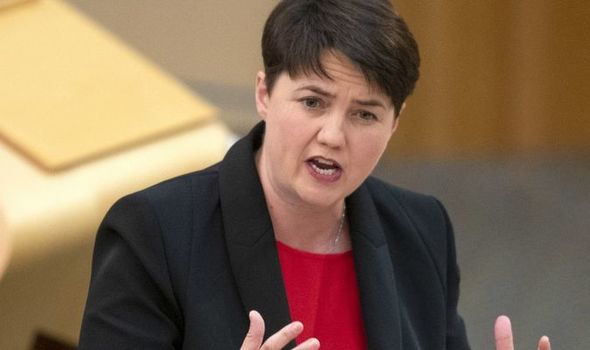 He continued: “We are facing the real danger of the loss of the furlough scheme, which is outwith the powers of the Scottish parliament.

“It is something that is reserved to the UK Government, and the borrowing powers that we have got.

“We can only address that and sort that issue if we are an independent country, so that is why it is imperative that we take forward that approach, to make sure that we are in a position to take the decisions that will enable us to make the economic and social recovery that we need to make.

“We are addressing the real issues that face the people of Scotland, and we are inhibited from addressing some of these issues because we don’t have all of the powers in the Scottish parliament to enable us to do that. 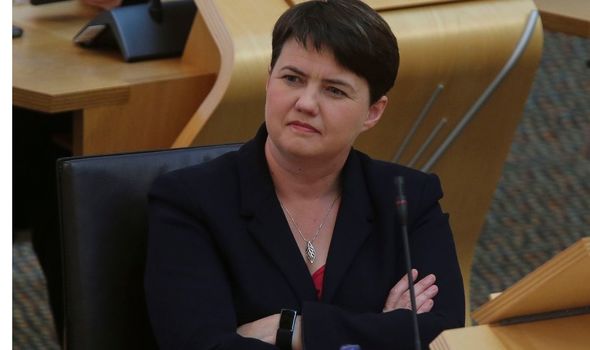 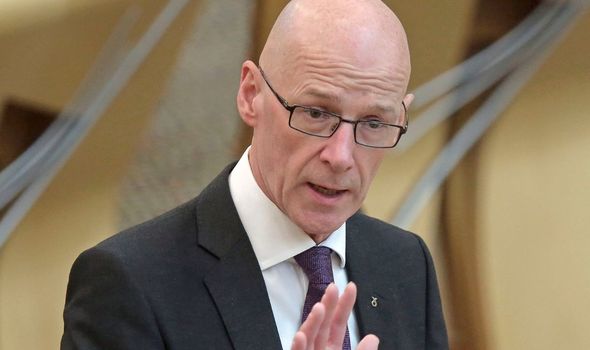 “So we are focusing on the long-term agenda of Scotland and making sure that the short-term objective is tackling the virus, and building economic and social recovery to the extent that we can with our existing powers.”

Ms Sturgeon put on hold plans for a second referendum in March to concentrate on the coronavirus crisis.

But the most sustained support for Scottish independence in the modern era has prompted nationalists to renew their push for another vote.

In a 2014 referendum on independence, Scots voted 55 percent – 45 percent to stay in the United Kingdom. 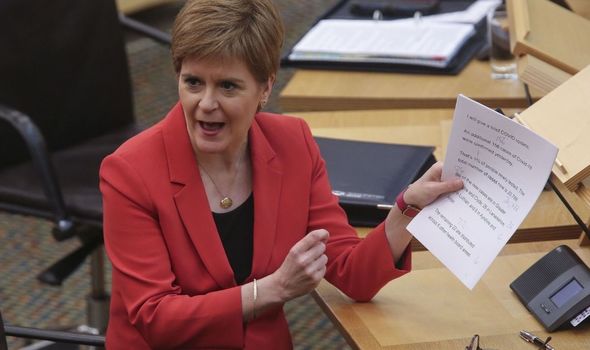 Ms Sturgeon said: “Before the end of this parliament, we will publish a draft bill setting out the proposed terms and timing of an independence referendum as well as the proposed question that people will be asked in that referendum.”

Perceptions that Boris Johnson has responded slowly to the COVID-19 pandemic and Scots’ anger over the UK’s decision to leave the European Union has led for the first time to sustained support of over 50 percent for independence.

Former Tory chief whip Andrew Mitchell said appetite for a second referendum was evident on a recent trip to Scotland.

He told BBC Two’s Newsnight: “I think the case for independence in Scotland has clearly grown in the last year.

“There’s no doubt about that. I think Brexit has made the case for the Union more difficult to push in Scotland.

“And we need to make certain that if there is going to be another referendum — and I think it will be very difficult to resist if the SNP get a strong vote next year — then in that case people need to be aware of what the consequences of dissolving the Union would be before they cast a vote.” 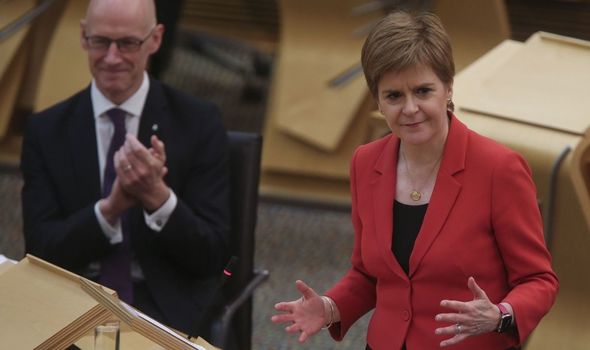 Next year’s election to the devolved parliament is expected to provide a fresh platform for the Scottish National Party to press for a new referendum.

The nationalists are expected to win a majority and aim to use that mandate to push Mr Johnson to grant a fresh vote on the issue.

It is ultimately up to the British parliament to decide whether Scotland can hold another referendum, and Mr Johnson has repeatedly said he will reject any demand for a fresh vote.