Dan Wootton told GB News that Nicola Sturgeon tried to further the SNP’s independence cause during some stages of the Covid crisis. The GB News presenter added that Scotland is now the “Covid capital of Europe” and that the SNP leader should learn from the UK Government approach to the pandemic and show “maturity” in the future instead of comparing Scotland against the rest of the UK.

Mr Wootton said: “It’s time Nicola Sturgeon gets a taste of her own medicine.

“At every stage of this unprecedented pandemic, the Scottish First Minister has attempted to blame others when the going gets tough.

“Whoever could forget her ludicrous claims last summer that her SNP administration came close to wiping out Covid altogether…until pesky English visitors like me brought the disease back in.

“She’s attempted to invent imaginary borders between Scotland and England to sow division and further her independence cause.” 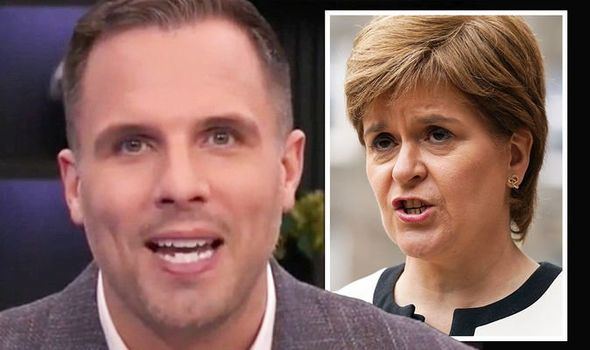 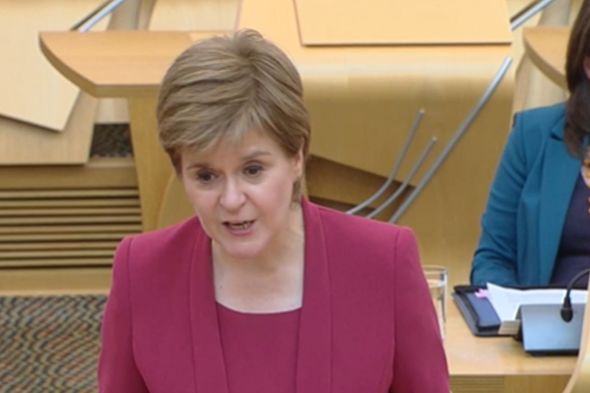 He continued: “Well, it’s time for that fact check because today Scotland is the Covid capital of Europe and the media is ignoring the story because Sturgeon finally has no one else to blame.

“Analysis in The Sunday Telegraph suggests even pinning the surge in cases on the Euros may not be accurate.

“In fact, it reported experts saying the ‘real problem may be closer to home’, including ‘a combination of a slower rollout of second vaccine doses, lower levels of antibodies in the population and a failure to contain the initial outbreak of the new Delta variant in Glasgow’.

“The two worst regions in the UK are now Dundee and Aberdeen, data from the Zoe app shows.”

Brexit is the 'best thing that could have happened' says Wootton

The GB News presenter concluded: “Now believe me I’m not saying for a second that this is the fault of Scottish people.

“We should know by now that Covid spreads in waves that are often completely out of our hands. But it’s Sturgeon who has stoked this competitive narrative to further her own political cause this past year and she should be called out for it.

“Notice no major English politician is blaming Sturgeon for failing to properly police a Covid super spreader event in the form of the Euros or suggesting Scots should be banned from travelling to English cities.

“Perhaps next time, Sturgeon will show the same maturity, although somehow I doubt it.” 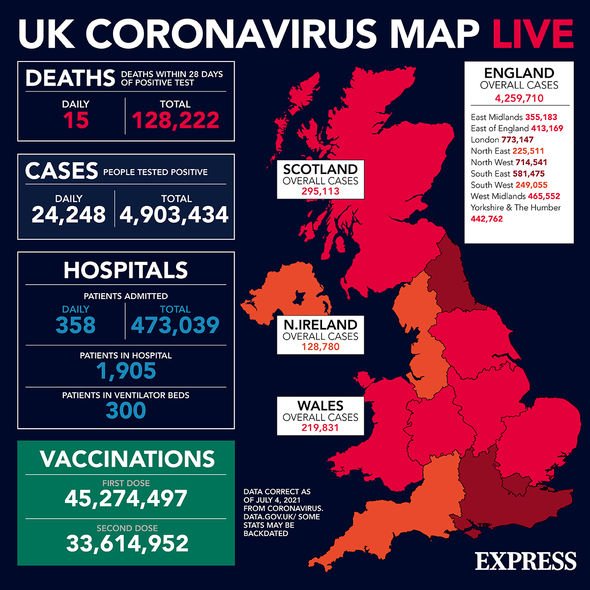 On Friday, July 2, Nicola Sturgeon said regarding the coronavirus pandemic in Scotland: “The importance of our vaccination programme is especially evident now.

“We are continuing to deal with a surge in new cases, heavily driven by the dominance of the Delta variant of the virus.

“Vaccination is the reason that surge in cases has not led to the re-imposition of a strict lockdown – as it would have done at any earlier stage in the pandemic.

“But now, the vaccines are doing much of the work that lockdown measures previously had to do.”