Extraordinary polling figures from Channel 4 show Boris Johnson and the Conservative party have stormed ahead in popularity in Red Wall seats. The Conservatives grabbed 45 seats from Labour in 2019 General Election. After experiencing a slump in the North of England and Midlands Red Wall seats during the pandemic but latest polling taken between March 18-24 show the Tories have rallied to 47 percent while Labour has slumped to 43 percent.

Speaking the Channel 4 news, one engineering worker from Teeside said he still backed Boris he said: “Fair enough he put us into lockdown a bit late but he was trying to keep the economy going as well.

Dave Forder, another worker, said: “I have a long memory of some leaders, Tory leaders especially Margaret Thatcher.” 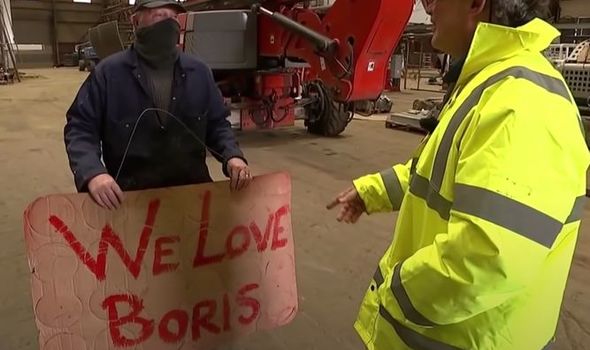 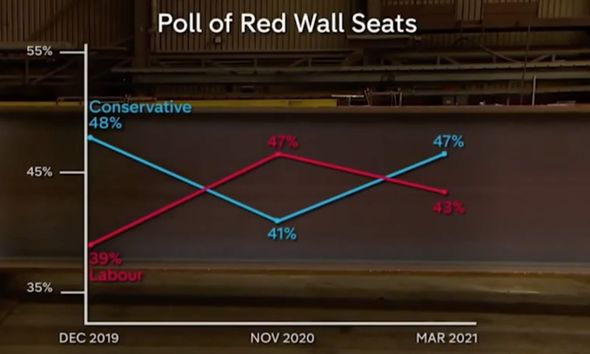 The poll of Red Wall seats showed 55 percent of voters were “unclear what Keir Starmer stands for.”

While 37 percent of Labour voters said the same about Sir Keir.

And if there was a vote tomorrow researchers predict the Tories would keep 27 of their 45 seats in the Red Wall areas.

While Labour would win back 18 of the 45 seats it lost in the 2019 general election. 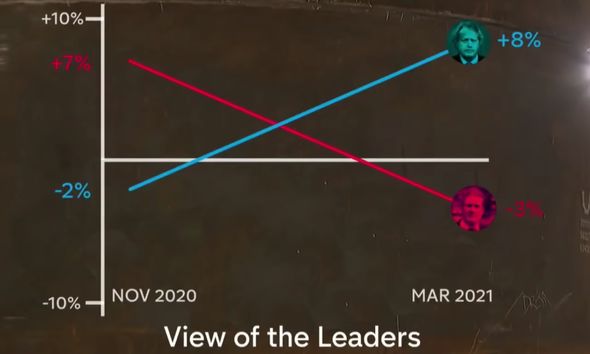 The Channel 4 poll of the 45 Red Wall seat vote share was first conducted after the December 2019 General Election which at the time showed 39 percent of voters voted Labour while the Conservatives were at 48 percent of the vote.

This figure fell following a tough year for Boris and the Tories after repeated setbacks throughout the pandemic.

Two of those setbacks included Dominic Cummings’ trip to Barnard Castle and the PPE supply chaos which saw millions of items of PPE unuseable.

The November lockdown saw the Tories fall out of favour with Red Wall seats but the success of the vaccine rollout has seen Boris’s party rise in favour amongst his new legion of supporters. 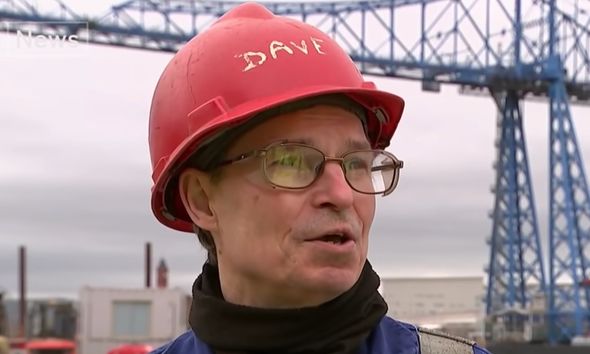 In February, the Labour leader was hit by another blow to his popularity after a poll found Sir Keir was less popular than Health Secretary Matt Hancock and Foreign Secretary Dominic Raab.

The Savanta ComRes monthly political tracker found ratings boost for the UK Government, up a massive ten points to -2 percent.

Savanta ComRes Political Research Director Chris Hopkins said: “The much-improved favourability ratings for the Government and its key ministers are likely to be heavily tied to the success of the vaccination rollout.”