The Georgia Democrat, a child of Methodist preachers, once identified as an abortion foe. Now, she is putting her defense of abortion rights — and the story of her conversion — at the center of her campaign for governor. 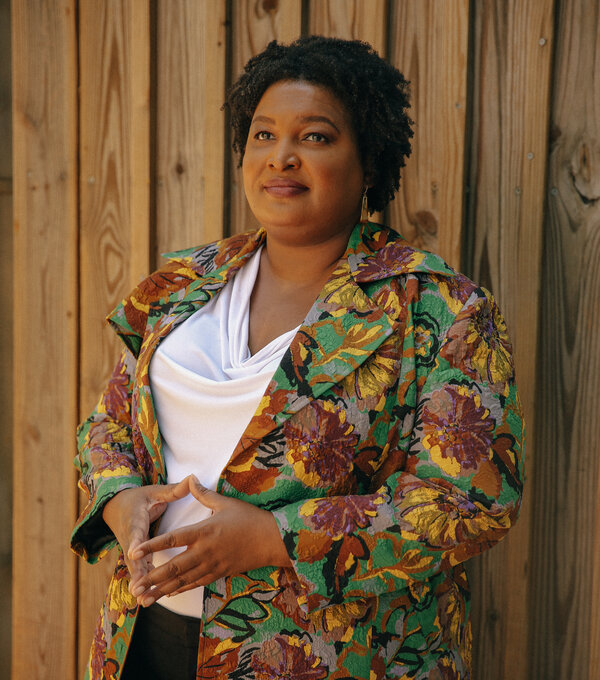 DUBLIN, Ga. — On the day that a leaked draft opinion suggested the Supreme Court was poised to overturn Roe v. Wade, Stacey Abrams addressed the abortion rights group Emily’s List and preached about abortion rights with “the zeal of the converted.”

Early in her professional career, she opposed abortion rights, she volunteered, adding that as a teenager she had criticized a friend who considered having an abortion.

“I was wrong,” she said. “But I’ve worked hard to make myself right.”

Ms. Abrams is among scores of Democrats pushing their defense of abortion rights to the center of their midterm campaigns, hoping anger over the Supreme Court decision overturning Roe v. Wade will energize the Democratic base and push fence-sitting moderates into her corner. But she is the rare Democrat eager to acknowledge that she didn’t always support abortion rights.

The daughter of Methodist ministers living in the Deep South, Ms. Abrams grew up believing abortion was morally wrong. Conversations with other women, a friend’s deliberations over having an abortion and her own political ambitions led her to rethink her stance, she says.

Ms. Abrams’ personal approach to talking about abortion is new for the longtime Georgia politician. She did not emphasize her shift when she first ran for governor in 2018. But today, Ms. Abrams says she uses the story to connect with voters who may personally oppose abortion but, perhaps for the first time, are confronting the reality of new government restrictions. In Georgia, most abortions are now banned after six weeks of pregnancy, based on a law signed by Ms. Abrams’ Republican rival, Gov. Brian Kemp.

Talking about her own story is “giving them permission to say that choice should exist,” Ms. Abrams said in an interview.

“I want people to understand that I know where they’re coming from,” Ms. Abrams said. “But it also creates the opportunity for people to tell you where they stand, as well.”

Ms. Abrams’ strategy is something of a throwback. For decades, Democrats treaded carefully when talking about abortion, often assuming voters were disapproving and uncomfortable with the procedure, even if they supported the rights protected by Roe v. Wade. For years, Democratic leaders, starting with Bill Clinton in 1992, declared that their goal was to make abortion “safe, legal and rare,” in an attempt to unite voters with a broad range of views on the issue.

For some Democrats, the phrase became emblematic of the party’s willingness to cede ground to abortion rights opponents and attach shame to the procedures. And in the wake of the court’s decision this summer, some are again criticizing the party for using messaging that lets abortion foes frame the debate.

“I don’t think that Democrats as a whole — as a party — have talked enough about this issue,” said Renitta Shannon, a Georgia state representative, who did not specifically criticize Ms. Abrams. “All this time, we’ve been relying on the opinion of the court to hold intact people’s reproductive freedom, and that is not a good strategy.”

Ms. Abrams has clear reasons for trying to use the issue to cast as wide a net as possible. After voters in conservative Kansas overwhelmingly voted to guard abortion protections, Democrats across the country are hoping the issue shifts momentum in their direction during a year when other political forces — ongoing economic anxiety and President Joe Biden’s weak approval ratings — are working against them.