Sir Keir has raged at the Tories for “making the rich richer” and doing “nothing for working people” following chancellor Kwasi Kwarteng’s announcement of his mini-budget on Friday. Addressing a passionate group of Labour supporters on Saturday afternoon, Sir Keir said the Tories have “shown their true colours” following the reversal of the national insurance contribution and the scrapping of the proposed corporation tax hike. On Friday, the Government also lifted caps on bankers’ bonuses, cracking down on benefits and vast tax cuts mainly benefiting the wealthy, widened the ideological rift between the two main parties and handed Labour plenty of ammunition. 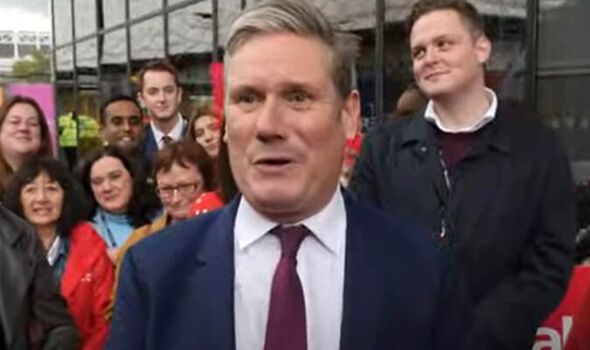 “They’re driving the ideology of making the rich richer and do nothing for working people. Well this conference is our chance to set out the alternative, to make our case for an economy that works for the working people.

“Growth for everyone, everywhere, wherever they are. A fairer, greener future. Let’s do it. Thanks so much!”

While Sir Keir proceeded to walk off, the crowd passionately cheering him as he departed, a journalist repeatedly asked: “Are you going to reverse the Tory tax cuts?”