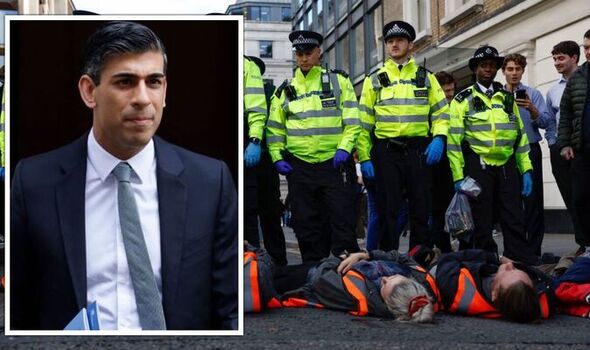 The PM vowed to give police “whatever powers they need” to crack down on protesters’ guerrilla tactics.

Mr Sunak said: “We are currently giving the police new powers so that they can clamp down on these illegal protests. They will have my full support in acting decisively and rapidly.”

A Whitehall source said Mr Sunak had made it “very clear” that some of the Just Stop Oil protests which repeatedly blocked the M25 last month “could have been handled better”.

The source said Ms Braverman would use the meeting to encourage the police to move much more quickly to limit disruption.

Met Police Commissioner Sir Mark Rowley suggested that Just Stop Oil have become “much less assertive” as many of their leaders are among the 700 arrested recently.

But he admitted that court delays will mean many will not go to trial.