WASHINGTON (Reuters) – Ralph Hall, a Democrat turned Republican from Texas who became the oldest person to serve in the U.S. House of Representatives, died on Thursday at the age of 95, according to local media. 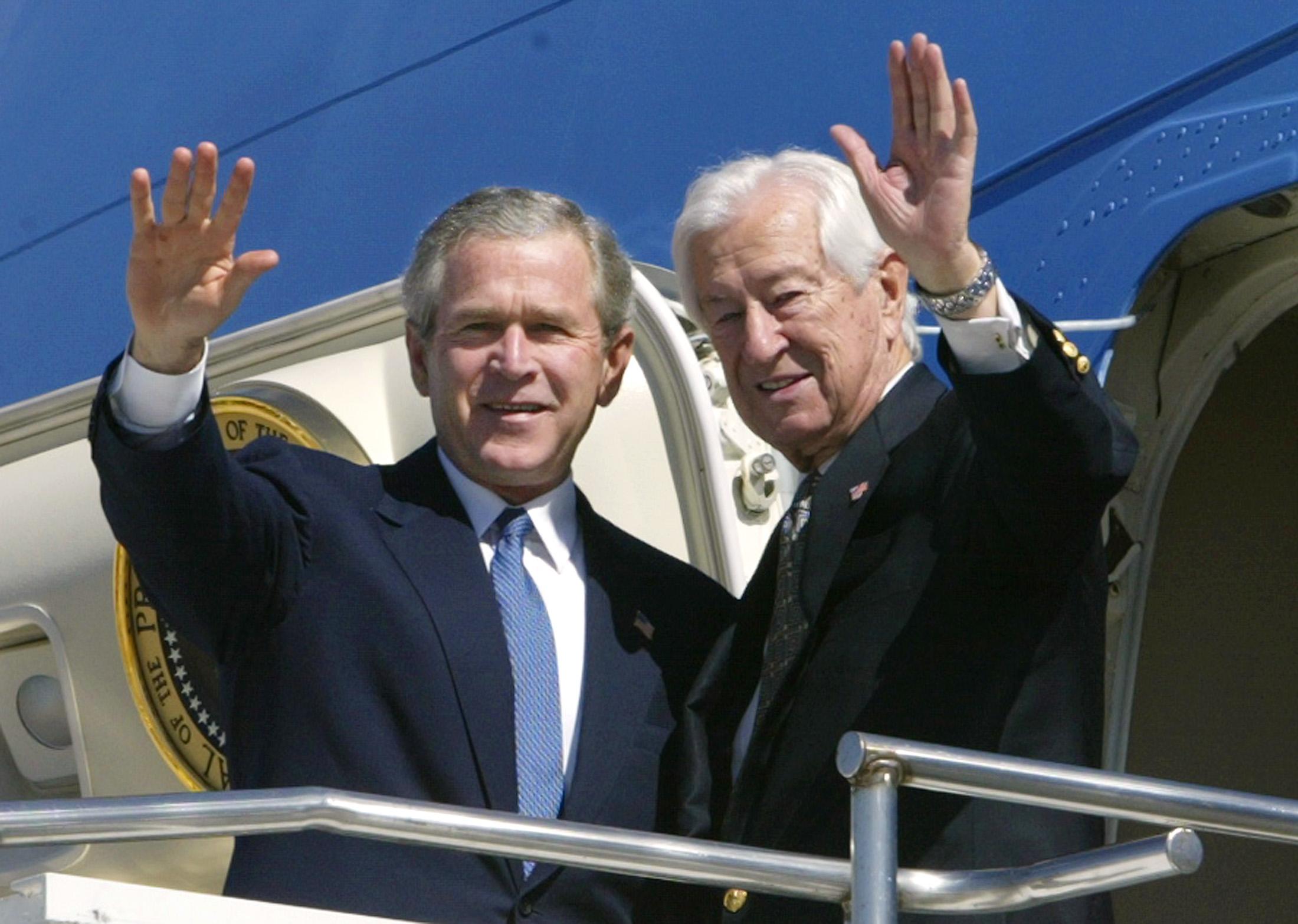 Hall, of Rockwall, Texas, died of natural causes at his home, The Dallas Morning News said, citing a spokesman.

In his 34 years in the House, the World War Two veteran served as chairman of the Science and Technology Committee, overseeing such issues as U.S. space policy. He also sought to limit the powers of the U.S. Environmental Protection Agency and criticized government regulations including emissions standards.

On Dec. 25, 2012, Hall became the oldest person ever to serve in the House, exceeding the record set more than eight decades earlier by former Representative Charles Manly Stedman of North Carolina. When he died in office in September 1930, Stedman, the last Civil War veteran to serve in Congress, was 89 years, seven months and 25 days old.

The oldest person ever to serve in the U.S. Congress was Strom Thurmond of South Carolina, who was 100 when he left the Senate in 2003.

Hall was elected to the House in 1980 representing a Texas district northeast of Dallas and bordering Louisiana, Oklahoma and Arkansas. At age 91, he was denied an 18th two-year term in the House when he lost to fellow Republican John Ratcliffe in a May 2014 primary.

Hall and Democrat John Dingell of Michigan, who announced his retirement from the House in 2014, were the final World War Two veterans to serve in Congress.

After decades as a Democrat, Hall became a Republican in 2004 in a party change that was a long time in the making. Hall always was a conservative and had often voted with Republicans in the House before the switch. He was one of a handful of House Democrats to vote to impeach Democratic President Bill Clinton in 1998 over his relationship with a female White House intern. The Senate then declined to remove Clinton from office.

Hall once said, “I am pro-life, pro-guns, pro-fiscal restraint, pro-balanced budget, pro-free market. I think that makes me a conservative.”

Hall served in the Navy as an aircraft carrier pilot in the Pacific during World War Two from 1942 to 1945. He then served as a county judge, a businessman including president and CEO of Texas Aluminum Corp, and a Texas state senator.

At the time, Democrats were harshly critical of Hall’s fellow Texan, President George W. Bush, for leading the United States into a war in Iraq to get rid of weapons of mass destruction that turned out not to exist. Hall said at the time that he was not comfortable remaining a Democrat “with them running down a president that I’ve known since he was 11.”

Despite his party change, Hall remained well liked by some Democrats even though his own wife was miffed by his decision.

Hall, while serving as House science panel chairman, rejected the notion that human activities were causing global warming, suggesting that scientists put forth such findings in order to win funding. “I don’t think we can control what God controls,” he told the National Journal in 2011.

“I’m not anti-science, I’m pro-science. But we ought to have some believable science.”

In a 2012 interview with the Washington Times, Hall noted the change in the political atmosphere in Washington in the decades since he was first elected to the House.

“When I first came to Washington, there was a stronger sense of camaraderie and teamwork,” he said. “There’s less reaching across the aisle in today’s Congress, even between Republicans and Democrats of the same state.”