The former New York mayor’s dirt-digging effort on Hunter Biden in 2019 ended with President Trump’s impeachment. Now he is back with new associates. So far it is not going exactly as planned. 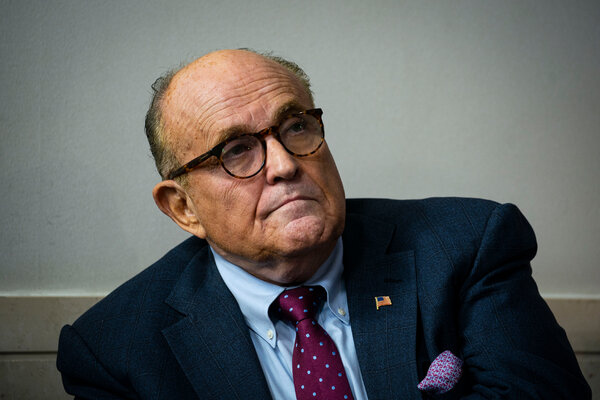 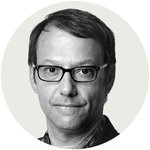 Each faced some combination of legal or credibility issues, but on this night they had reason to celebrate: a plan was coming together.

That weekend, Mr. Giuliani had delivered to The New York Post a copy of a hard drive purported to be from a laptop belonging to Hunter Biden, the son of Mr. Trump’s Democratic opponent, former Vice President Joseph R. Biden Jr. The hard drive was filled with what the men claimed was compromising material about the younger Biden that they hoped would sully his father’s reputation.

It was the latest in an often-bumbling series of attacks that began two years ago with the goal of undercutting Mr. Biden as a threat to Mr. Trump’s re-election by linking him to the messy personal and business affairs of his son.

The main impact of the attacks to that point had been a spectacular backfire: the impeachment of Mr. Trump for trying to strong-arm the Ukrainian government into announcing an investigation into the Bidens. And despite the efforts of Mr. Giuliani, who engineered the Ukrainian pressure campaign, Mr. Biden went on to win the Democratic nomination and to build a consistent lead in the polls against Mr. Trump.

Now Mr. Giuliani, undaunted and surrounded by a new cast of characters after some of his wingmen in the Ukraine caper were indicted, is trying again.

This time, he and his allies are using a mix of unsubstantiated assertions about the former vice president, innuendo and salacious material about his son, as well as records showing that Hunter Biden invoked his “family’s brand” as a reason he was valuable to a business venture, while his team’s business plan cited his father’s work in particular countries.

Mr. Giuliani and his allies — operating in parallel with a loosely linked network of conservatives — are in effect trying to recreate the blueprint Mr. Trump and his allies employed in 2016, when they used emails and documents, many stolen by Russian hackers, to paint Hillary Clinton as criminally corrupt and spread depraved conspiracy theories.

A Chinese-language media operation linked to Mr. Guo began promoting some of the material about the younger Mr. Biden weeks before it appeared in The New York Post.

The Post articles were quickly followed by others from Peter Schweizer, the conservative author who in 2016 had promoted unsubstantiated theories about corruption by the Clintons and who in this case was relying on material provided by a former associate of Hunter Biden who is serving a 30-month prison sentence for federal fraud charges. Hunter Biden was not charged in the case.

Mr. Schweizer’s work has been backed by some of the donors who fueled Mr. Trump’s rise in 2016, including the hedge fund heiress Rebekah Mercer’s family, the principal owner of the now-defunct data firm Cambridge Analytica, which also came under federal investigation after exploiting the private data of Facebook users in 2016.

Among the new participants in 2020 are some with close ties to Mr. Trump, including the former White House lawyer Stefan C. Passantino, a current White House official, Eric Herschmann, and the former Speaker Newt Gingrich. They worked to promote documents and claims by Tony Bobulinski, yet another unhappy former business partner of Hunter Biden.

While the president has promoted the material relentlessly, many of the Trump-friendly news outlets and other organizations that sustained the effort four years ago have been diminished or sidelined. Their 2020 replacements have had less reach, and the anti-Biden material they have been pumping out has been met with heightened skepticism from traditional news outlets and social media platforms determined to avoid being seen as abetting dirty tricks.

The New York Post articles based on the contents of the mysterious hard drive delivered by Mr. Giuliani failed to drive a broader narrative about Mr. Biden in the way that WikiLeaks did with the Clinton materials. Twitter and Facebook blocked or flagged the Post’s articles, which were published despite concerns from the paper’s newsroom.

Six friends have been labelled an ‘utter disgrace’ after gathering in lockdown in the area with the highest rates of coronavirus in the country. The…