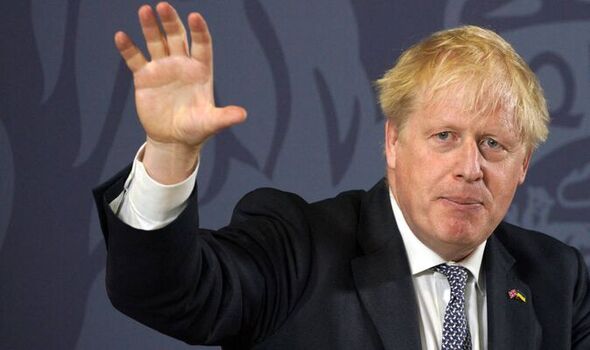 Members of Aslef yesterday announced strikes at three rail companies over a pay dispute, adding to the misery of major RMT walkouts planned later this month.

The Prime Minister said it was time for union chiefs to “grasp the nettle of reform” and move away from what were called “outdated working practices”.

Speaking on a visit to Blackpool, he said: “There are fully manned ticket offices in this country that barely sell a ticket a week.”

The PM told how he took on the unions a decade ago as chairman of Transport for London in order to modernise the Tube system.

He added: “The time has come to do the same thing across the transport network. The union barons will once again protest.

“But the winners will be railway staff – whose industry will be placed on a much sounder long-term footing – and the fare-paying travelling public.”

Labour faced a backlash after frontbencher Lisa Nandy threw her support behind the unions.

The shadow levelling up secretary said she wants to avoid strike action but declared she stands with the rail workers.

Ms Nandy said: “We want to avoid the strikes and we’re on the public’s side on this. We’re also on the rail workers’ side. I was speaking to some rail workers on Monday, just before I got on the train to London.

“They’re dealing with the same pressures that everyone else is – the cost of food, the cost of soaring inflation rates, taxes going up, and they’re really struggling to make ends meet.”

Tory Huw Merriman, chairman of the transport select committee, said: “The average annual salary of a rail worker is £44,000. That’s 70 per cent higher than the average UK salary.

“Rail pay has always increased by the higher level retail price index rather than the lower consumer price index which is used for many other workforces.

“Yes, pay has remained frozen for the last couple of years but this is why the strikes need to be called off and an agreement reached on outdated working practices.”

Treasury Minister Simon Clarke said: “This is a hopeless stance from Lisa Nandy. This rail strike is going to cause utter misery for the country.”

RMT members are set to strike on Network Rail and 13 train companies later this month, while the RMT and Unite have announced a walkout on London Underground as well.