WASHINGTON (Reuters) – President Donald Trump’s appointment of a new acting attorney general faced growing scrutiny on Friday, with the U.S. Senate’s top Democrat accusing him of ignoring the proper line of succession and some legal experts calling it unconstitutional.

Trump named Matthew Whitaker to replace former Attorney General Jeff Sessions, who was forced out on Wednesday. The move allows Whitaker to oversee a U.S. probe into Russian meddling in the 2016 presidential election that has hung over Trump’s presidency, and which Whitaker has criticized in the past.

Senate Democratic leader Chuck Schumer said Deputy Attorney General Rod Rosenstein, a career Justice Department official who has already been confirmed by the Senate, should have been named to the open position instead of Whitaker.

“You ignored the statutory line of succession,” Schumer said in a letter to Trump released publicly on Friday.

“The appointment of Mr. Whitaker is further clouded by unresolved constitutional questions about the legality of such an action,” Schumer said in the letter.

The Appointments Clause of the U.S. Constitution states that some senior government officials, known as “principal officers,” must be confirmed by the Senate.

John Yoo, a former Justice Department lawyer in the George W. Bush administration, said “the Supreme Court made clear that the Attorney General is a principal officer,” in a 1998 case.

“Therefore, Whitaker cannot serve as acting Attorney General … Any other officer in the Justice Department who was appointed through advice and consent can serve, including the Deputy AG, the solicitor general, and the assistant AGs,” said Yoo, now a law professor at the University of California, Berkeley.

Trump’s ouster of Sessions and appointment of Whitaker triggered concerns among lawmakers that the president planned to undermine Special Counsel Robert Mueller’s 18-month probe into Russian meddling in the 2016 election and any collusion between Moscow and Trump’s campaign. 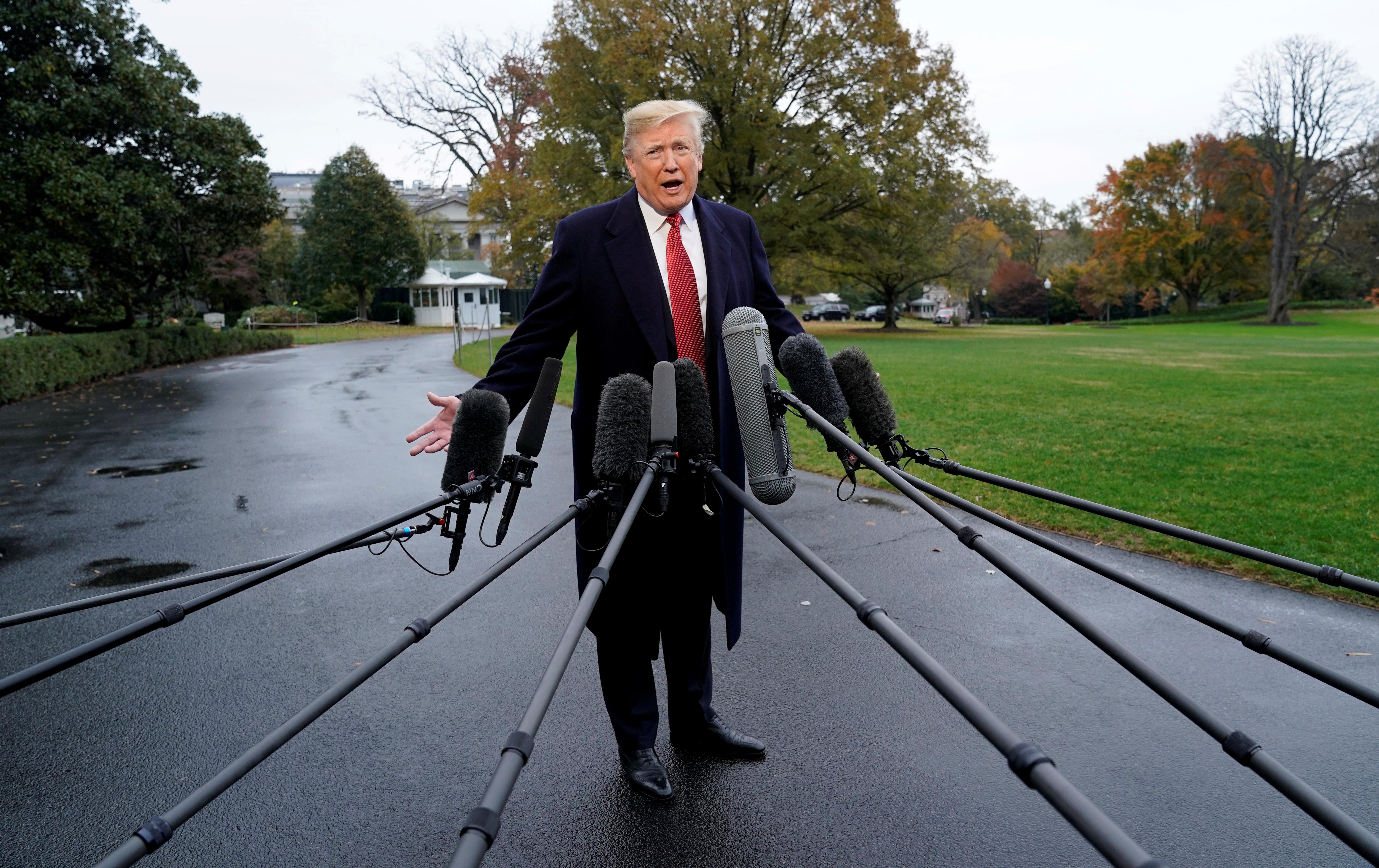 Republican Senator Jeff Flake on Thursday said he and his Democratic colleague Chris Coons would push to bring legislation protecting Mueller to the Senate floor.

“After the firing of the AG, it is more important than ever to protect the Special Counsel,” Flake, a frequent Trump critic who is leaving the Senate early next year, wrote on Twitter.

Trump said on Friday, as he was departing Washington for a trip to Paris, that he had not discussed the Mueller probe with Whitaker before appointing him, and it was up to Whitaker whether he wanted to be involved with the investigation.

Speaking to reporters at the White House, Trump defended his choice of Whitaker, saying the former U.S. attorney for the southern district of Iowa had an excellent reputation and came highly recommended by former Iowa Governor Terry Branstad, who is now Trump’s ambassador to China.

At the same time, Trump repeatedly emphasized in his remarks to reporters that he did not know Whitaker, whom he tapped to replace Sessions on a temporary basis.

A Justice Department spokeswoman has said Whitaker, who in the past has publicly criticized Mueller’s probe as too broad, would oversee all matters under the department’s jurisdiction, including that investigation.

Democrats have called on Whitaker to recuse himself.

Trump said, “No matter who I put in, they go after him … He’s a highly respected man, especially by law enforcement, and I think he’s going to do a great job.”

U.S. intelligence agencies have said Russia interfered in the 2016 election in an attempt to tip it toward Trump and away from his Democratic opponent, former Secretary of State Hillary Clinton. 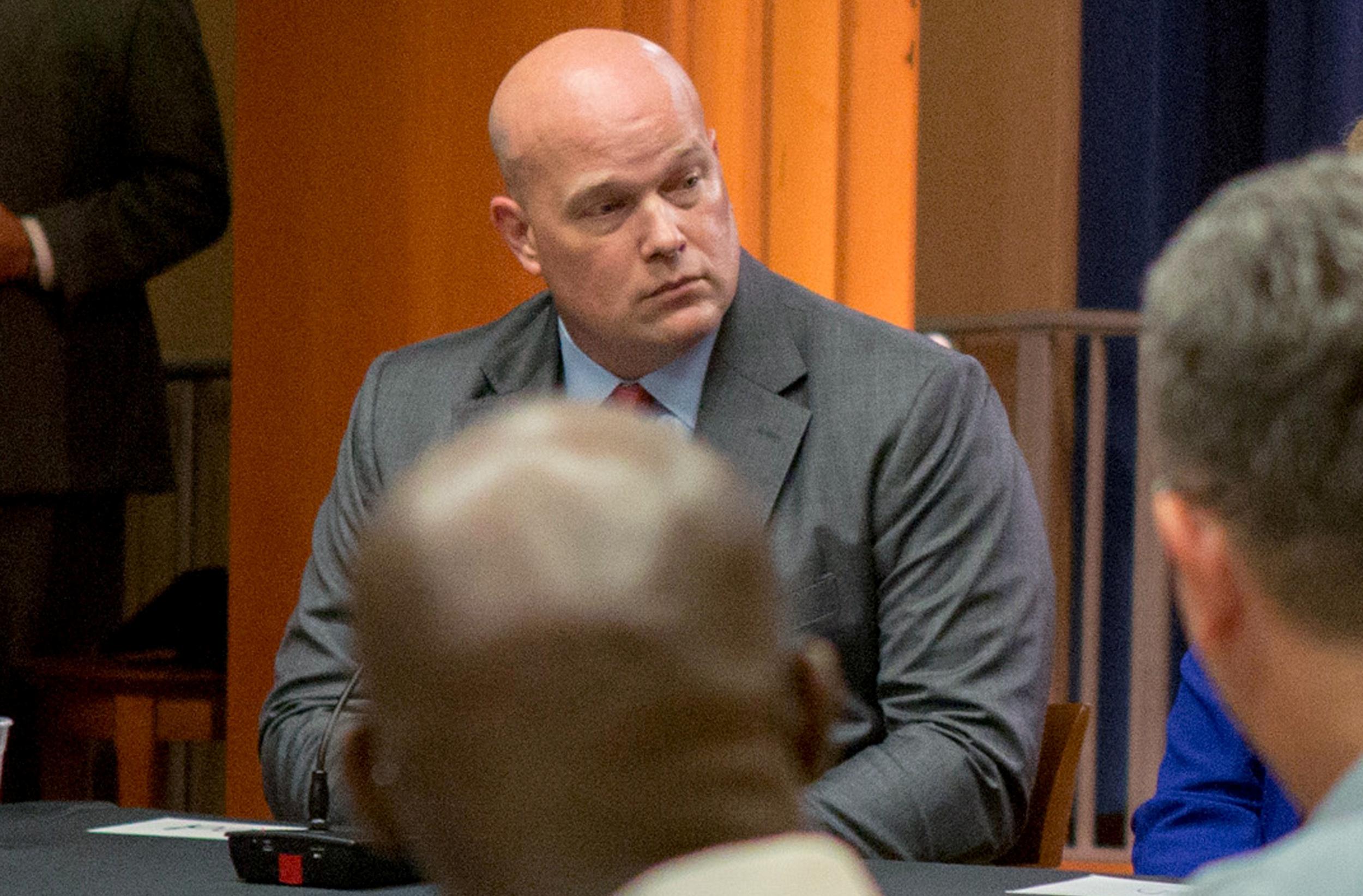 Russia has denied interfering, and Trump has repeatedly said there was no collusion between his campaign and Moscow, slamming the Mueller probe as a “witch hunt.”

“I didn’t speak to Matt Whitaker about it,” Trump said of the probe, adding he did not rule out sitting down for an interview with Mueller. “I haven’t ruled out anything,” he said. “I haven’t even thought about it.”