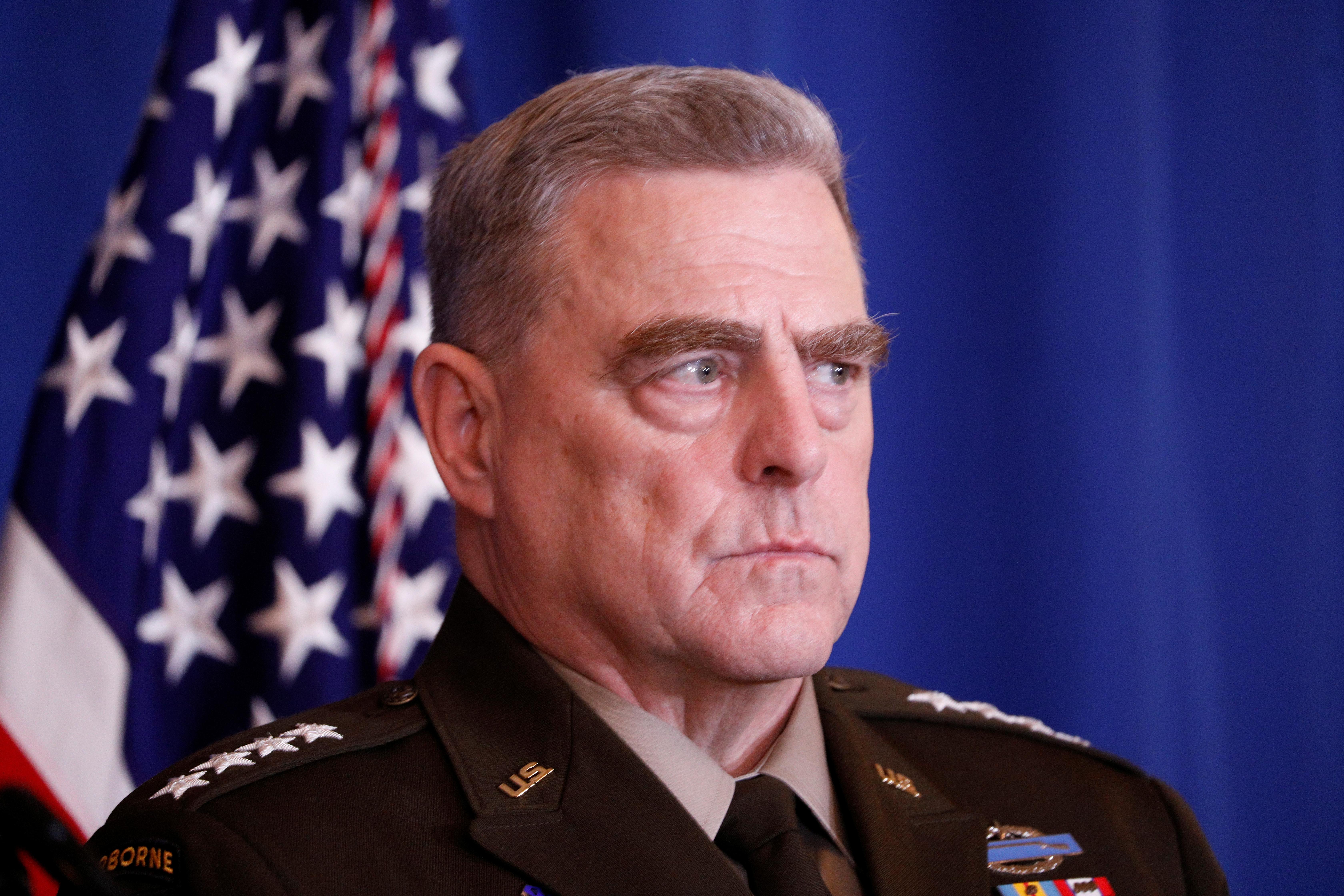 WASHINGTON (Reuters) – The top U.S. general told lawmakers that he did not foresee the military playing a role in the election process or resolving disputes that may come during the November presidential election, according to a document released on Friday.

Chairman of the Joint Chiefs of Staff General Mark Milley’s comments are largely a reiteration of the military’s apolitical position but come amid questions about what would happen if the election results were disputed.

President Donald Trump has made unsubstantiated allegations that voting will be rigged and has refused to say whether he would accept official election results if he lost.

“In the event of a dispute over some aspect of the elections, by law U.S. courts and the U.S. Congress are required to resolve any disputes, not the U.S. military,” Milley told Democratic Congresswomen Elissa Slotkin and Mikie Sherrill in a written response to questions obtained by Reuters.

“I foresee no role for the U.S. armed forces in this process… We will not turn our backs on the Constitution of the United States.”

Earlier this month the Pentagon said the constitution provided no role for the military “as arbiter of political or election dispute.”

Invoking the constitution has become a refrain increasingly used by Pentagon leaders as former top brass voice concerns that Trump is politicizing America’s military, which is meant to be apolitical.

Those concerns came to a head in the past month after Trump threatened to deploy active duty troops to quell civil unrest in U.S. cities over the killing of George Floyd, who died on May 25 after a Minneapolis policeman knelt on his neck for nearly nine minutes.

Democratic presidential candidate Joe Biden has also invoked the military in the campaign, saying in June that he worries Trump will try to “steal” the November election but he is confident soldiers would escort Trump from the White House if he loses and does not recognize the result.