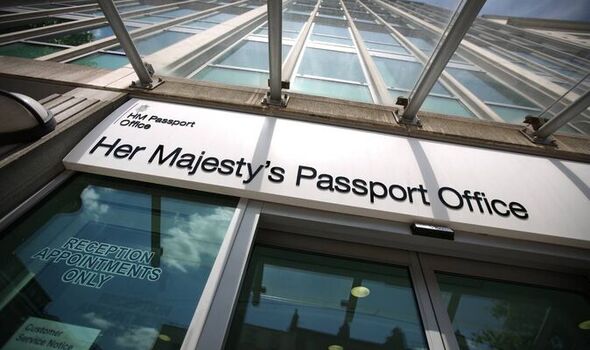 MPs are appalled at the delays constituents have experienced in getting passports and driving licences. A former cabinet minister warned it could lead to a backlash at the next election, stating: “The British state looks incompetent at the moment.”

They argue that the Conservatives’ “unique selling point” is the ability to govern competently but this is under threat as frustration mounts about the delivery of services.

It is also feared that failure to deliver basic public services will shake public confidence that the Government can tackle the cost of living crisis and make levelling-up a reality.

A Conservative MP said his team were “literally on hold for four hours a day before they can speak to anyone” at the Passport Office.

Last month Boris Johnson reportedly threatened to “privatise the a**e” off the Passport Office if it cannot clear its backlog and allegedly made a similar threat about the Driver and Vehicle Licensing Agency.

Shipley Conservative MP Philip Davies said: “The Passport Office is an absolute shambles at the moment and it is taking far too long for people to get their passports, leading to people having to miss out on important events and holidays.”

Rother Valley Conservative MP Alexander Stafford warned that for many people the prospect of a well-deserved break is “turning into a nightmare due to the sluggish nature of the Passport Office, adding: “They urgently need to get back up to speed and help, rather than hinder, people going aboard.”

There is similar frustration about the DVLA.

Solihull Conservative MP Julian Knight said: “I have interceded on behalf of dozens of constituents who have faced unacceptable delays at DVLA – some have had to stop driving because they aren’t insured.”

He said: “We’ve had constituents who have been waiting months and months for their licence. [I] would privatise the running of the DVLA. I think it’s past redemption.”

Will Tanner, who was Downing St’s deputy head of policy under Theresa May and is now a director of the think tank Onward, warned of the consequences of public unhappiness with basic services.

He said: “The Government’s biggest challenge isn’t policy or messaging, it’s delivery. Of course, DVLA and Her Majesty’s Passport Office are dealing with extraordinary demand.

“But unfortunately, the impression that is given is of a Government that struggles to get the basics right, and that’s hugely damaging to public confidence in much bigger policy issues like levelling up or the cost of living.”

Last month Transport Secretary Grant Shapps insisted the DVLA backlog was being “slashed”, saying the number of outstanding cases had been brought down from a peak of 1.2million to 400,000.

A spokeswoman for the Passport Office said: “Since April 2021, we’ve clearly stated that people should allow up to 10 weeks when applying for their passport to factor in the increased demand, which has seen five million people delay their passport application due to the pandemic.

“But we cannot compromise security checks and people should apply with plenty of time prior to travelling.”

A DVLA spokesman said: “Despite issues including coordinated industrial strikes, all services are operating within normal turnaround times and paper applications are being processed within three to four weeks. Our online services are working as normal and without delay as they have done throughout the pandemic.

He added that “we should be back to normal processing times for medical applications by September.”
Shadow Transport Secretary Louise Haigh MP said: “Tory ministers [should] stop making excuses for their own incompetence, show some responsibility, and sort this mess out.”