The Canadian Prime Minister discussed the support Canada and the UK had been continuing to give to Ukraine, in order to help them push back on the Russian onslaught. Mr Trudeau claimed that Russia’s actions increasingly included war crimes. And stated that there needed to be full accountability from Russia, along with a proper investigation and transparency.There have been more mass graves uncovered in the formerly Russian-occupied town of Izyum in Ukraine.

Just Trudeau told Reuters: “Obviously the UK and Canada have been two of the strongest countries in standing up in support of Ukraine.

“And pushing back against Russia’s illegal actions, which increasingly clearly include war crimes.

“Include absolutely unacceptable crimes, whether we think of what we found in Bucha or the discovery of mass graves in the reclaimed territories by Ukraine.

JUST IN: James Blunt quips he was ‘ushered to front of queue’ to see Queen lying in state 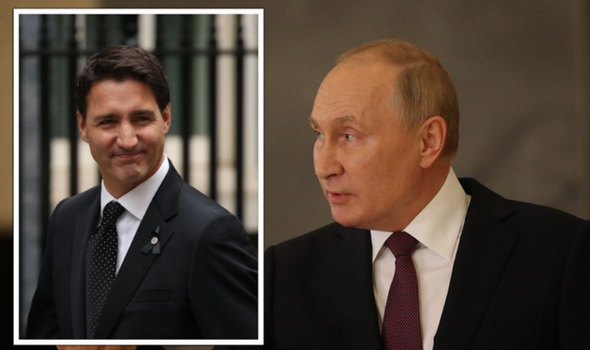 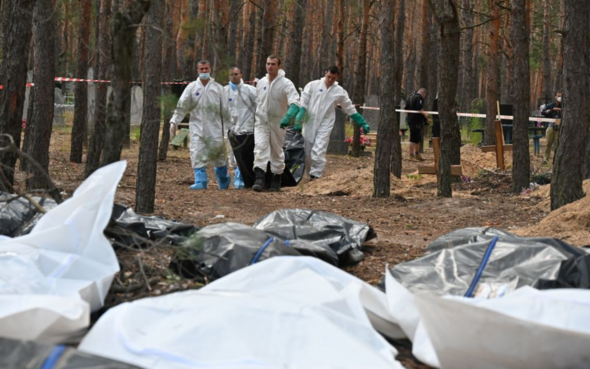 The Canadian Prime Minister added: “And Vladimir Putin… His supporters and the Russian military need to be held to account for the atrocities they have and are continuing to commit in Ukraine.”

Since Ukraine’s army had great success in reclaiming Russian-occupied territories on their land, the discovery of mass graves has been found in Izyum.

Ukraine’s army managed to seize back 6,000sq km of land from the Russian invaders.

And the discovery has since been condemned by many geopolitical figures.

READMORE:Royals stand together as they say goodbye to Queen – along with millions around world

There were also reports of Ukrainian civilians being executed outright by Russian forces.

Mr Trudeau is not the only geopolitical figure calling for Putin to be held to account for his atrocities.

Ukrainian reporters have been working tirelessly to spread the stories of victims in order to drum up more support. 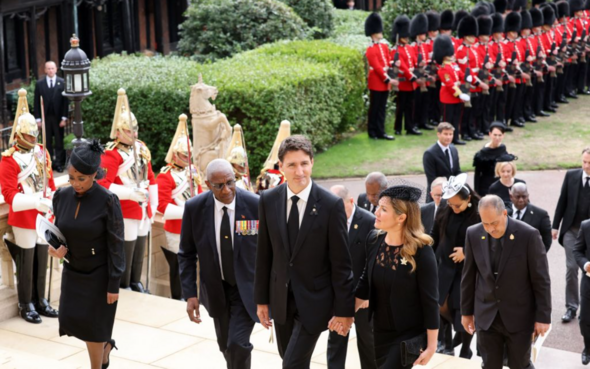 He added: “What would stop them from doing that? Are there police or some board that would say ‘Oh you can’t rape the women’ – obviously not.

“That’s exactly why you see people running towards the Ukrainian military with tears in their eyes. If people were treated well, you wouldn’t see this reaction. Why on earth would a person run towards a tank with tears in his eyes?

“It’s because he saw up close these horrible things before Izyum was liberated.”