WASHINGTON (Reuters) – President Donald Trump on Wednesday forced out Attorney General Jeff Sessions a day after congressional elections, and vowed to fight if the U.S. House of Representatives’ new Democratic majority launches probes into his administration.

Sessions – an early Trump supporter who ran afoul of the president by recusing himself from an investigation into Russian meddling in the 2016 White House campaign – said in a letter to Trump that he had submitted his resignation “at your request.”

The 71-year-old former U.S. senator was informed on Wednesday morning by White House Chief of Staff John Kelly in a phone call that it was time to go, said an aide who spoke on condition of anonymity.

Sessions’ departure was the first in what could be a string of high-profile exits as Trump reshapes his team to gird for his own 2020 re-election effort. The Republican president named Sessions’ chief of staff, Matthew Whitaker, as acting attorney general and said he would nominate someone for the job soon.

Deputy Attorney General Rod Rosenstein was visiting the White House on Wednesday afternoon for what was described by an administration official as a regularly scheduled meeting.

Nancy Pelosi, the House Democratic leader who could be the next speaker, called Sessions’ ouster a “blatant attempt” to undermine the Russia probe and urged Whitaker to recuse himself from any involvement in a statement posted to Twitter.

During a combative news conference in which he tangled with reporters, Trump trumpeted his role in Republican gains in Tuesday’s midterm congressional elections, and warned of a “warlike posture” in Washington if Democrats investigated him.

Democrats will now head House committees that can probe the president’s tax returns, which he has refused to turn over since he was a candidate, possible business conflicts of interest and any links between his 2016 campaign and Russia, a matter being investigated by U.S. Special Counsel Robert Mueller.

Mueller is overseen by Rosenstein, who reports to Sessions.

Moscow denies meddling. Trump, calling the Mueller probe a witch hunt, has repeatedly said there was no collusion.

Trump was buoyed on Wednesday by victories that added to the Republican majority in the U.S. Senate, telling reporters at the White House that the gains outweighed the Democrats’ takeover of the House. He added that he was willing to work with Democrats on key priorities but felt any House investigations of his administration would hurt prospects for bipartisanship.

He said Pelosi had expressed to him in a phone call a desire to work together. With Democrats mulling whether to stick with Pelosi, who was speaker when the party last controlled the House, or go in a new direction, Trump wrote in a tweet earlier that she deserves to be chosen for the position.

Pelosi, at a Capitol Hill news conference before news of Sessions’ firing, said Democrats would be willing to work with Trump where possible. But she added, “We have a constitutional responsibility to have oversight.” 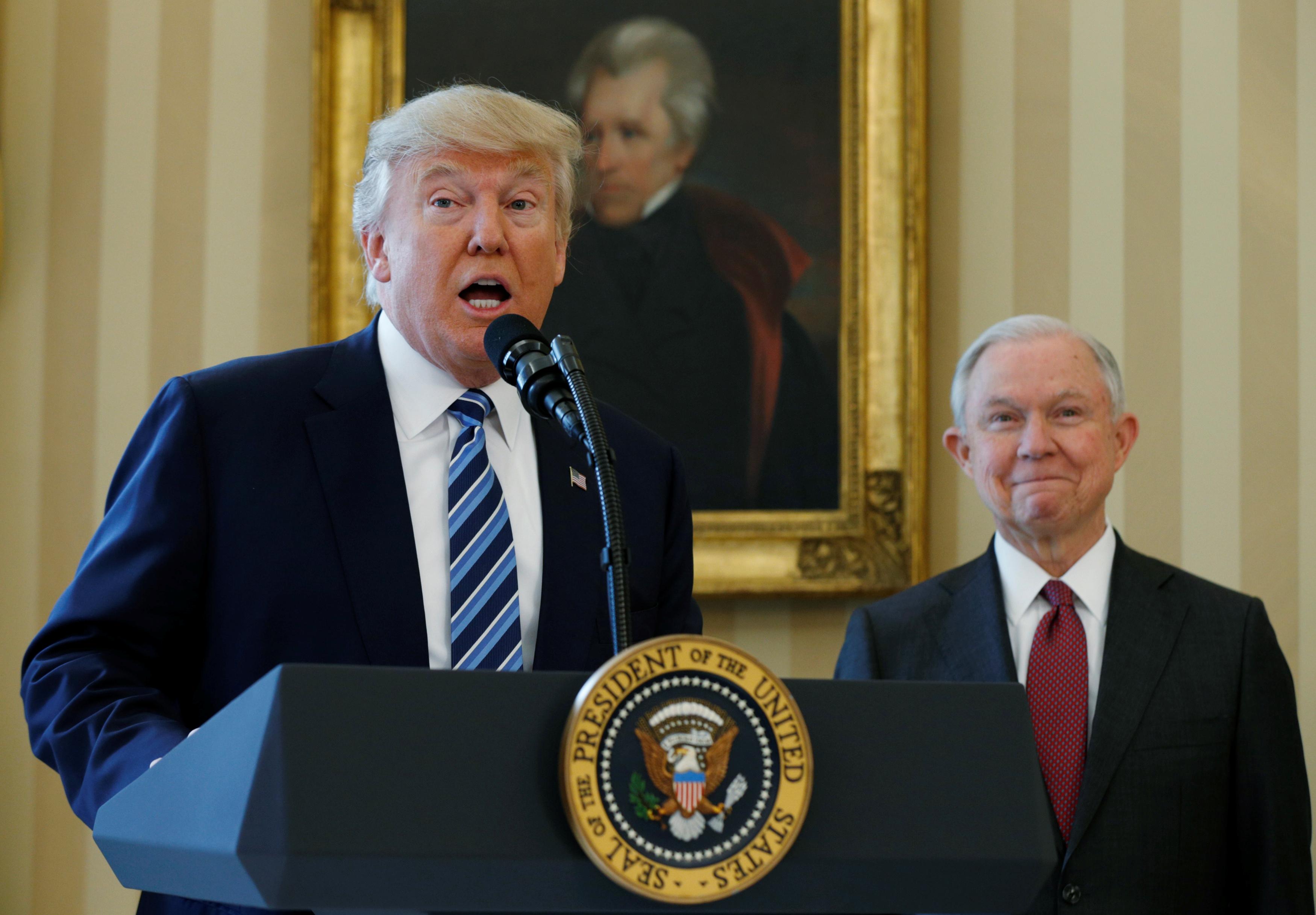 The Dow Jones Industrial Average .DJI ended Wednesday up 2.13 percent, while the broad-based S&P 500 index .SPX rose 2.12 percent. The dollar index .DXY, a measure of the greenback against a basket of currencies, was slightly weaker. 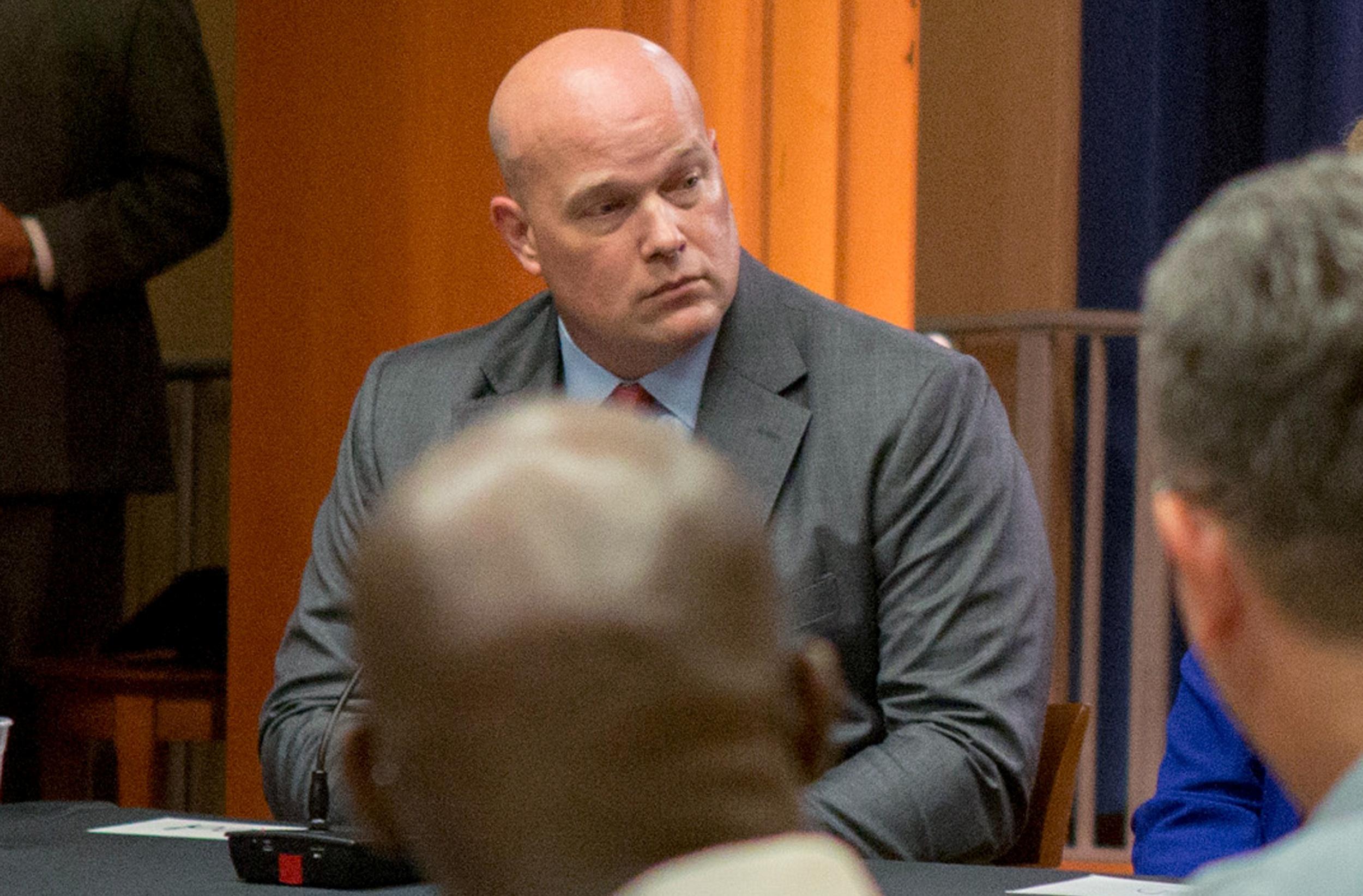