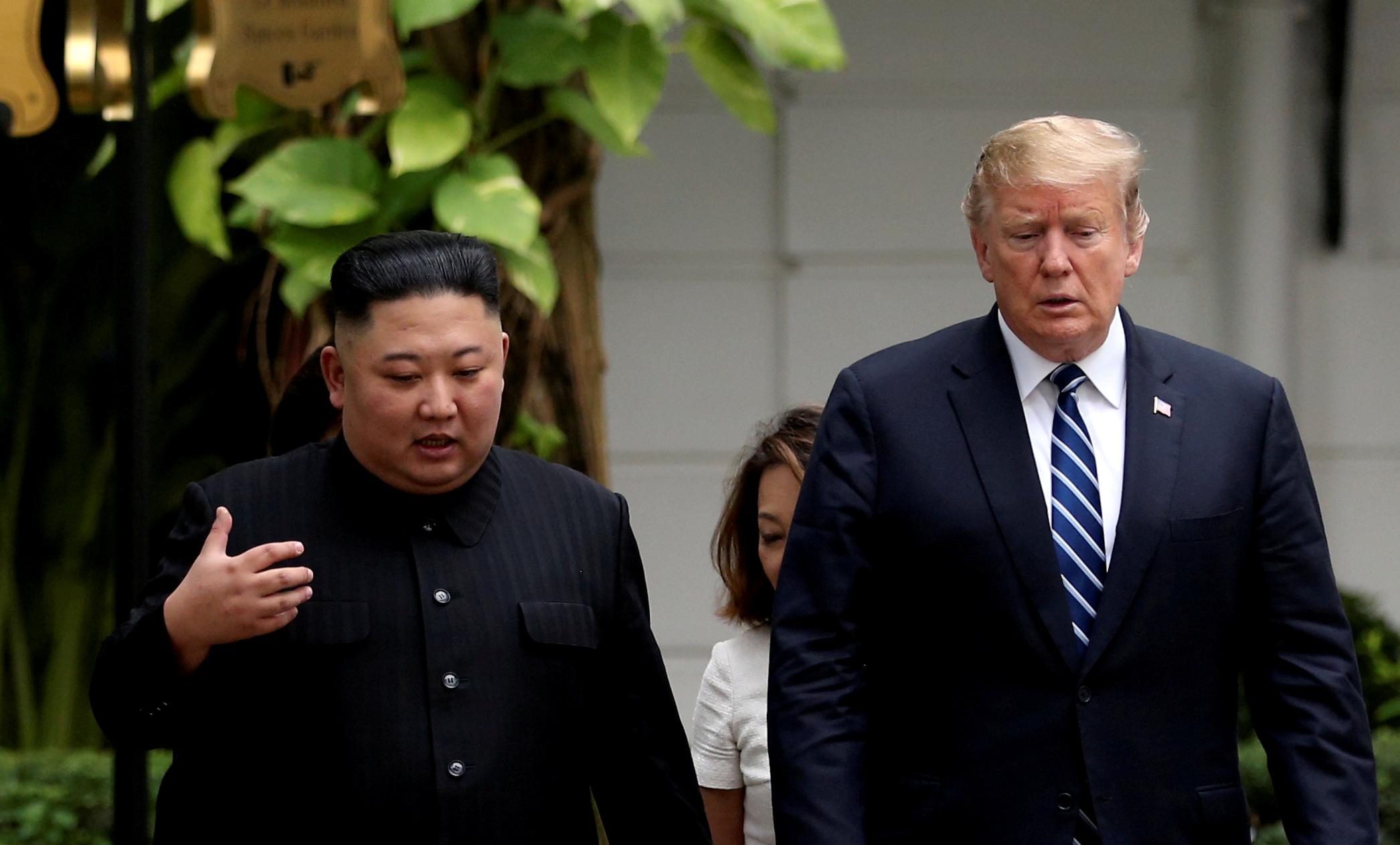 WASHINGTON (Reuters) – U.S. President Donald Trump said on Wednesday he will not meet with North Korean leader Kim Jong Un during his trip to Asia for the G20 summit this weekend.

“I’ll be meeting with a lot of other people. Not … him,” Trump told reporters as he departed the White House for his flight to Asia. “But I may be speaking with him in a different form,” he added.

Trump and Kim have exchanged letters and held two previous summits, but talks between the two countries aimed at dismantling Pyongyang’s nuclear weapons program have mostly broken down.

Earlier on Wednesday, South Korean President Moon Jae-in said the United States was involved in behind-the-scenes talks with North Korea over a possible third summit and has proposed working-level negotiations.