WASHINGTON (Reuters) – President Donald Trump said on Sunday that his proposed immigration deal to end a 30-day partial government shutdown would not lead to amnesty for “Dreamers,” but appeared to signal support for amnesty as part of a broader immigration agreement.

In a morning Twitter storm, Trump also said he would not seek the removal of millions of illegal aliens living in the United States, while bashing House of Representatives Speaker Nancy Pelosi and her fellow Democrats for turning down an offer he made on Saturday, including for Dreamers, the undocumented immigrants brought to the United States as children.

“No, Amnesty is not a part of my offer. It is a 3-year extension of DACA. Amnesty will be used only on a much bigger deal, whether on immigration or something else,” Trump said on Twitter.

“Likewise there will be no big push to remove the 11,000,000 plus people who are here illegally-but be careful Nancy!”

The Dreamers are protected from deportation under the Deferred Action for Childhood Arrivals (DACA) program.

DACA was put in place under former President Barack Obama. The Trump administration said in September 2017 it would rescind DACA but it remains in effect under court order.

Trump did not make clear what he was referring to regarding the 11 million people mentioned in his tweet. About 12 million people are living in the United States illegally, according to U.S. Department of Homeland Security estimates.

In a Saturday speech from the White House, Trump offered three years of protections for Dreamers and for holders of temporary protected status (TPS), another class of immigrants from designated countries affected by armed conflict, natural disaster, or other strife.

Senate Republican leader Mitch McConnell welcomed the plan as a “bold solution”, while a spokesman said he would seek Senate passage of the proposal this week.

But Trump’s amnesty tweet caught some Republicans off guard.

“I don’t know what the president’s calling amnesty,” Senator James Lankford, an Oklahoma Republican, told ABC’s “This Week” program. “That’s a longer debate and obviously not something we can solve quickly.” 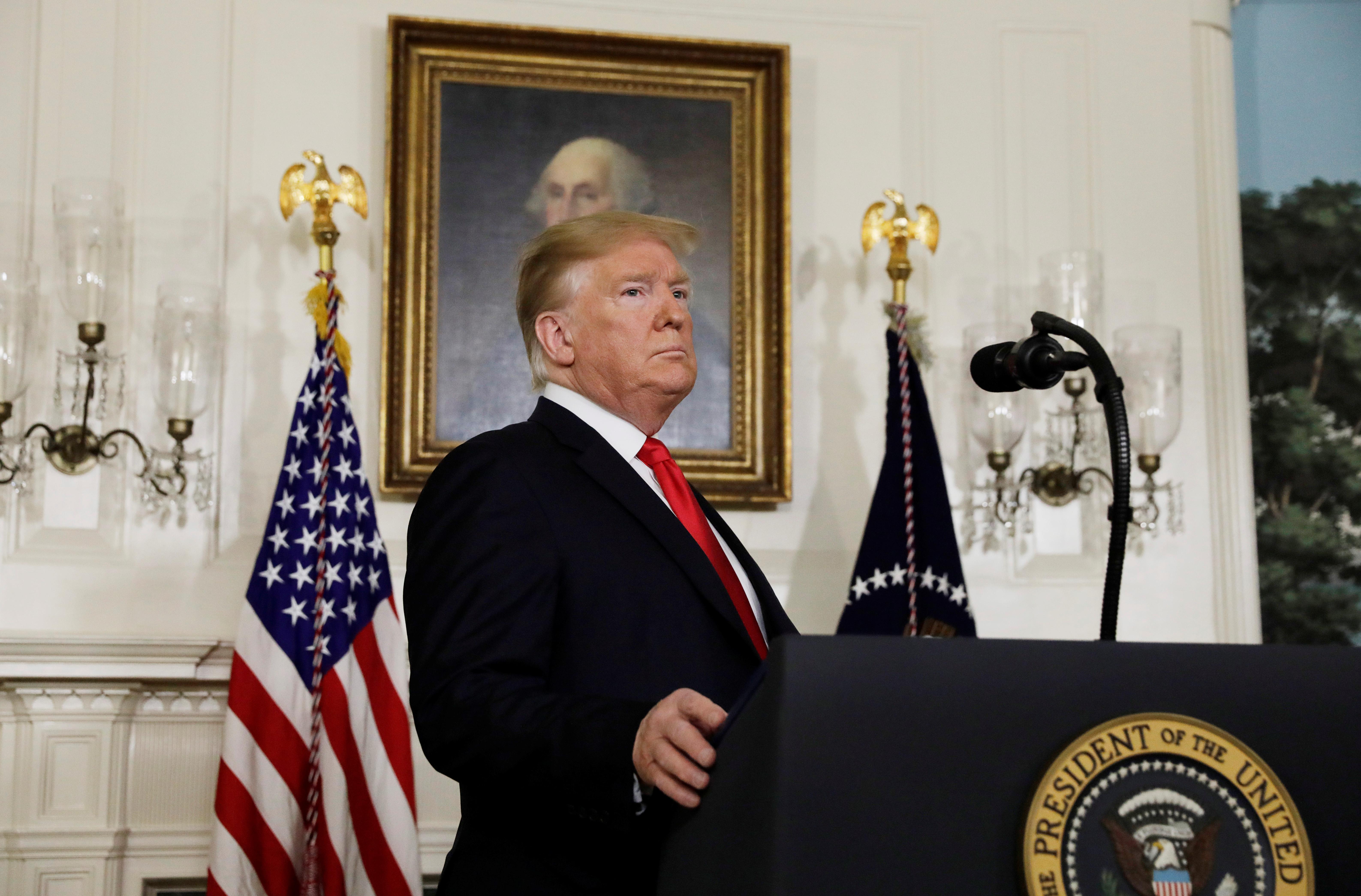 Trump appeared to be responding to conservative critics who accused him of proposing amnesty and reneging on a campaign promise, which could alienate his right-wing base.

About one-quarter of the U.S. government shut down on Dec. 22 over Trump’s demand for $5.7 billion to fund a wall along the border with Mexico, which Democrats have refused to consider. Some 800,000 federal workers have been ordered to stay home or work without pay during the shutdown.

The promise of a border wall was a mainstay of Trump’s 2016 presidential election campaign. As a candidate, he said Mexico would pay for the barrier, but the Mexican government has refused.

The shutdown has caused widespread disruptions.

The Transportation Security Administration on Sunday reported an 8 percent national rate of unscheduled absences on Saturday, compared with 3 percent a year ago. More than 50,000 TSA officers are working without pay.

Some airports experienced longer wait times at security checkpoints, and Baltimore/Washington International Thurgood Marshall Airport closed one of its checkpoints due to excessive absences.

On Sunday, a day after Trump’s DACA proposal, there appeared to be signs of movement, even as Democrats insisted the government should reopen before proceeding with talks over border security.

“What the president proposed yesterday – increasing border security, looking at TPS, looking at the Dreamers – I’ll use that as a starting point. But you’ve got to start by reopening the government,” U.S. Senator Mark Warner said on NBC’s “Meet the Press.”

Warner, a Virginia Democrat, said reopening the government ahead of border security negotiations was important for preventing future shutdowns, and that Congress should approve pay for federal workers affected by the shutdown before they miss another paycheck this week.

“If the president can arbitrarily shut down the government now, he will do it time and again,” Warner said. 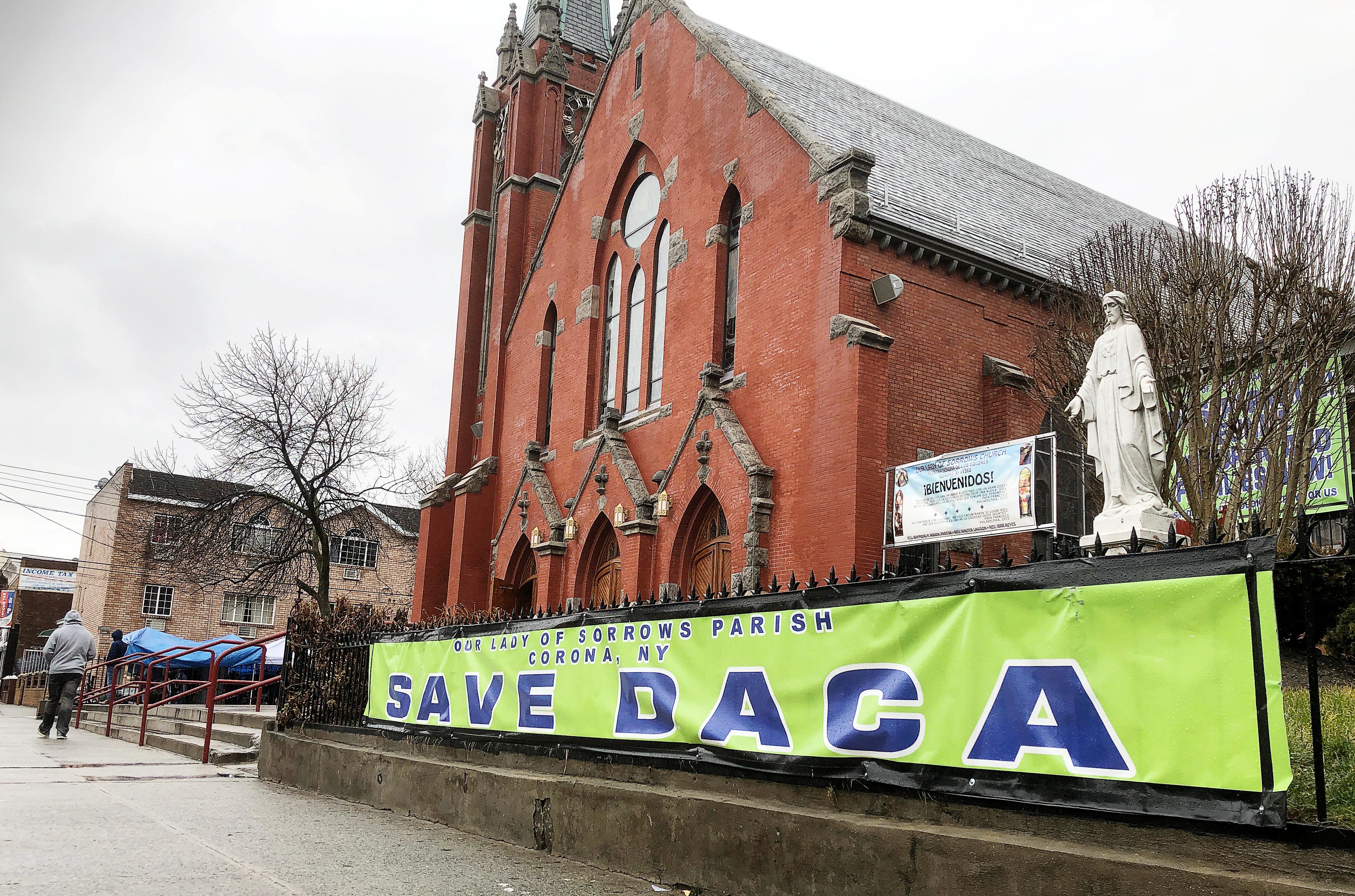 Bennie Thompson, the Democratic chair of the House Homeland Security committee, said Democrats were not opposed to physical barriers on the southern border, but Trump’s changing position poses a problem for resolving the border security issue.

“I would not rule out a wall in certain instances,” Thompson said on ABC’s “This Week” on Sunday.