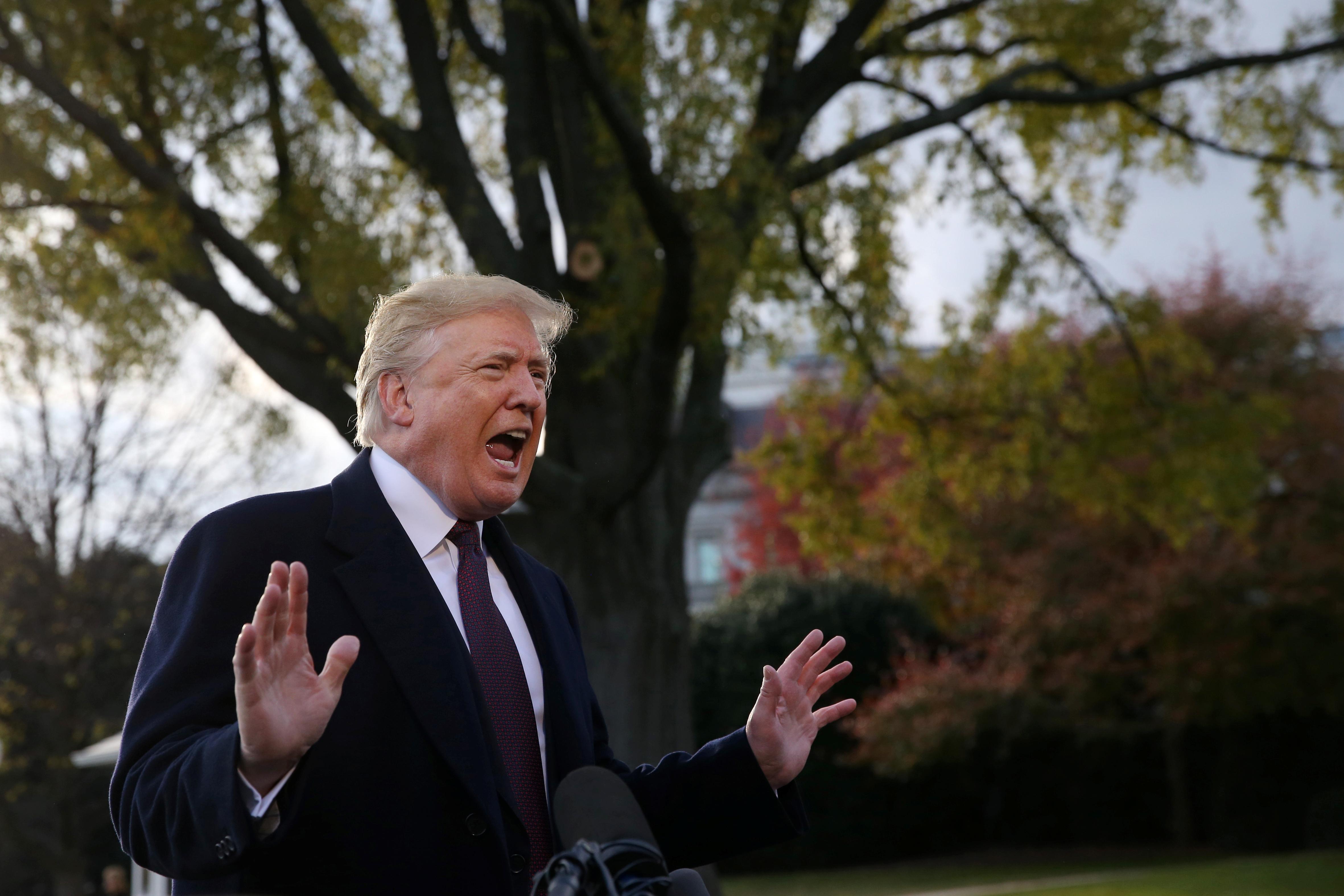 Giuliani said in a statement that “much of what has been asked raised serious constitutional issues and was beyond the scope of a legitimate inquiry.”

But he added that the president provided “unprecedented cooperation” and that it was time to “bring this inquiry to a conclusion.”

When Mueller was appointed special counsel in May 2017, Deputy Attorney General Rod Rosenstein said the probe would include “any matters that arose or may arise directly from the investigation” into possible collusion between Trump’s campaign and Russia during the 2016 election.

Trump has denied any collusion with Moscow and has called the Mueller investigation a “witch hunt.” Russia also has denied collusion.

Giuliani told Reuters earlier that Trump would respond to questions about whether his campaign conspired with Moscow, not queries related to whether he sought to obstruct the probe while in office, which Mueller is also probing.

Among the topics Trump covered was a June 2016 meeting between the president’s son Donald Trump Jr., other members of Trump’s campaign team and a group of Russians, a source said last week.

Trump last summer denied knowing about the Trump Tower meeting with the Russians, who had promised damaging information about Democratic rival Hillary Clinton.

U.S. intelligence agencies have concluded that Russia interfered in the election to try to tip it toward Trump by undermining Clinton.

Mueller has already brought charges against some former Trump aides, including his former campaign chairman and his former national security adviser, as well as a number of Russian individuals and entities.

Trump’s lawyers have been negotiating with Mueller’s prosecutors since last year over whether the president would sit for an interview. Trump himself has offered mixed responses.

In an interview that aired on Sunday, he told “Fox News Sunday” that he was unlikely to agree to an interview, explaining that “we’ve wasted enough time on this witch hunt and the answer is, probably, we’re finished.”

It is unclear whether Mueller would subpoena him to testify, likely setting off a legal and political battle.